First time after the COVID-19 pandemic Counter-Strike is making its return to the North American stadiums with Intel Extreme Masters Dallas.

Like with most things in our lives, online CS took a big hit during the pandemic, more so for the North American scene. With the heavy impact of Covid-19 especially in the US, the competitive scene of NA has been in a steep decline. And with the most tier-1 teams relocating to Europe, there haven’t been many events held in the US or Canada.

Besides the continuous online competitions, the last LAN tournament with an audience was the DreamHack Open Anaheim 2020. DreamHack Open Atlanta 2021 which was to be held in November 2021 was canceled due to the tournament calendar being overwhelming. But on May 30, the NA crowd will once again welcome tier-1 CS:GO back.

IEM is as always part of the ESL Pro Tour and the Intel Grand Slam. Of the 16 participants, five of them were chosen and invited among the permanent ESL partners, eight either qualifying via ESL Rankings or regional qualifiers. Three teams were later added to the tournament as a replacement for teams that couldn’t make it.

These 16 teams are placed in two double-elimination format (GSL) groups of eight teams. The first games are Bo1s the rest will be Bo5s. The top three teams from each group advance to the Playoffs:

Playoffs are single-elimination brackets with the Quarterfinals and Semifinals being Bo3s, and the Grand Final being a Bo5 series. Teams who managed to advance to the Upper Bracket Round 2 will gain points towards the ESL Pro Tour, and for the BLAST Premier if they manage to get a 1-8 placement. 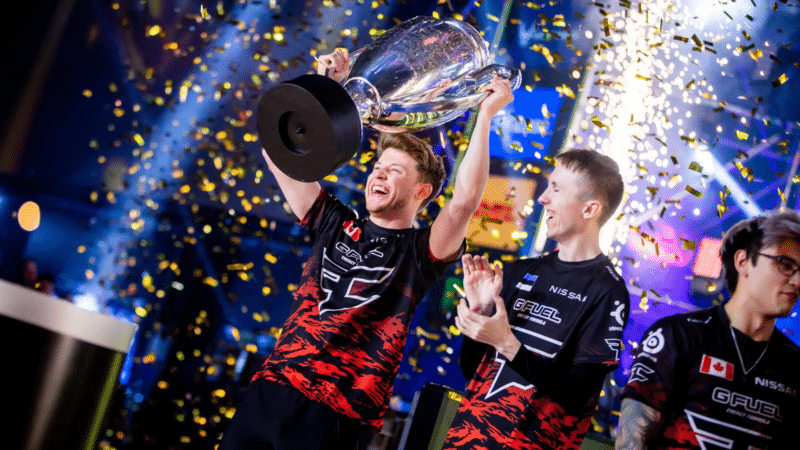 Group A is the top-heavy one of our two groups, as the top two teams of the tournament are in this one. While the rank-3 ENCE will be heavy favorites to reach the playoffs, the team to watch out for must be FaZe.

FaZe is not only the winner of the last IEM in Katowice, with a stand-in nonetheless, but they are also just coming out of an impressive run and victory at the PGL Antwerp Major. Especially with the absence of NAVI, they are looking like heavy favorites to take it all.

Of course, NAVI and Entropiq were replaced by BIG and Movistar Riders last week due to visa complications, as the majority of these rosters are comprised of Russian players.

Group A May 30 Schedule

Group B is more uncertain compared to Group A. NAVI not being here meant the group lost a heavy favorite to win, so right it is harder to make a call. But FURIA and NIP are probably the teams most would look to qualify in the top 2.

Both teams had a rather good Major, but while FURIA lost in quarters to the tournament surprise Spirit NIP was eliminated by the eventual champions. Coincidentally Heroic was also eliminated in the same stage by NAVI, however, yesterday IEM announced that Danes also won’t be in attendance due to pre-travel Covid-19 issues.

Another team to watch for this group is Cloud9. The NA org had acquired the successful Gambit roster on April 24, just ahead of the Major with big ambitions. But, the Major itself wasn’t great for C9, as they couldn’t get past Imperial in the Legends Stage. Intel Extreme Masters Dallas can be the perfect opportunity for this roster to show what they are capable of once again.

Group B May 30 Schedule