Fortnite World Cup 2021 Cancelled, FNCS To Remain Trios All Of Next Year 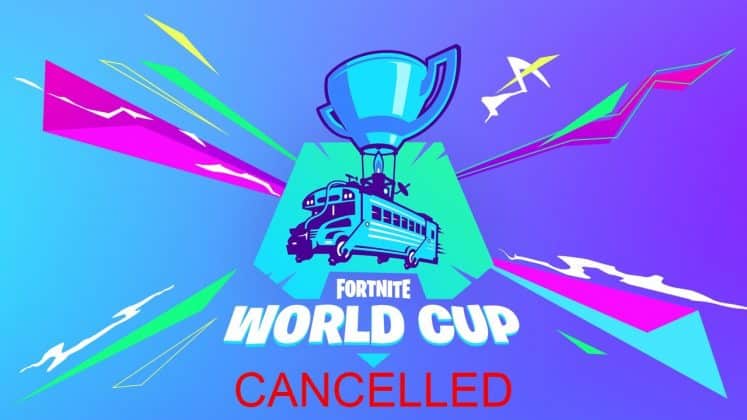 There will be no Fortnite World Cup in 2021 after a recent competitive update from Epic Games.

Epic Games released its seasonal competitive Fortnite update today, which revealed some unfortunate circumstances about in-person competitions in 2021. Additionally, the developers announced their plan for the Fortnite Champion Series (FNCS) in Chapter 2 – Season 5. All of this information comes on the heels of Fortnite's latest update, which completely reshaped the loot pool, game mechanics and much more. Fortunately, Epic did not wait long to provide context to what competitive players will experience for the next few months until Season 6 releases in March of 2021. Let's take a look at the Fortnite Team's plans for the remainder of 2020 into 2021.

Competitive Fortnite players and fans will not see a Fortnite World Cup next year due to the ongoing COVID-19 pandemic. The pandemic, which started in the United States in February, effectively ended all hopes of globally inclusive offline Fortnite tournaments. That includes DreamHack Open competitions, and more notably, the Fortnite World Cup. Epic Games spoke explicitly to the idea of in-person events in their competitive update.

“Our intent is to eventually hold global in-person tournaments again, but our priority for any such event is the health and safety of our players and staff. With so much still unknown about what is practical and safe, we do not plan to hold in-person events in 2021, including a Fortnite World Cup. We will continue to provide online competitions throughout 2021 with the hopes that physical events, in some form, can return at some point in the future,” the statement reads.

To date, the only Fortnite World Cup took place in 2019, and it was a monumental event. Epic has filled the void with seasonal Fortnite Champion Series (FNCS) competitions, which offer a range of formats and multi-million dollar prize pools. Unfortunately, the FNCS and other online tournaments will serve as a replacement for the Fortnite World Cup until 2020 at the earliest.

Before this season's update, many speculated whether the competition would switch back to squads or duos. The answer to that question is neither. The second update provided by Epic Games confirmed that this season's FNCS would remain trios. That means the combination of players like FaZe Mongraal, Liquid mitr0 and TaySon will look to defend their FNCS Axe of Champions after triumphing in Season 4.

“FNCS will continue throughout 2021, and we are standardizing the FNCS party size to Trios for the foreseeable future! While Trios will be a constant in FNCS, we still may alter the scoring and/or qualification formats season by season. Our hope with this change is to place more stability and consistency around FNCS,” the statement continues.

The Fortnite Team also revealed the tentative start date of this season's FNCS, which won't kick off until February of 2021. “Chapter 2 – Season 5 FNCS is planned to begin February 4. This date allows plenty of time for players to adjust to the new season and give our team more time to make adjustments before FNCS play. We'll have more detailed information for FNCS as we get closer to February.”

Epic is approaching this season much more cautiously in the past. Hopefully, the time between significant competitions will allow the developers to make necessary changes to ensure that this season will be the most competitive yet. Epic will stick with trios through all of 2021 as well, but they reserve the right to alter formats at any time. It's not such a wrong decision either, considering most players prefer trios over most other options.

In the absence of a Fortnite World Cup, Epic Games plans to elevate the new year's online tournament scene.

“FNCS will be the constant measure of success in competitive Fortnite, but we're looking at other avenues for high-level competition 2021. Beyond our biggest competitions, in 2021, we're putting together a schedule featuring more weekly tournaments, unique tournaments, and Creator Cups throughout the year. There will be plenty of competitions (not just Trios!) to scratch the competitive itch between FNCS seasons.”

Cash prize weekly tournaments will continue, and competitive Fortnite players will see more Creator Cups, similar to the NickEh30 Cup from just a few weeks ago. Experimenting with different formats and scoring systems will give Epic a good idea of what works and what doesn't in the grand scheme of competitive Fortnite. We expect to learn more about these tournaments soon, as the only known competition is the Bhandra Boogie Cup for Android players only.

As previously mentioned, Epic Games added some new features into Chapter 2 – Season 5. One of those includes a gold bar system, which players can use to redeem quests and the newly introduced bounty system. The developers have taken a more conscious approach to leave some of the more casual mechanics, weapons and items in the non-Arena Mode playlists. The plan is to monitor the gold bar system closely to see if it has any place in competitive Fortnite.

“We'll be monitoring some of the new gameplay mechanics in Chapter 2 – Season 5 and how they work in competitive playlists. With competitive playlists, the new Bars system will reset players to 0 Bars at the start of each match, and these Bars cannot be carried over between competitive matches. We're still discussing ideas of further implementing this system into competitive, without negatively affecting gameplay. We'll be paying close attention to your feedback this season with this new mechanic.”

Only time will tell what happens in Season 5 and beyond. It's refreshing to see constant transparency from Epic Games during this time, where competitive Fortnite's future always seems in flux.