The Zero Point is upon us and the Hunters have arrived.

On the heels of Fortnite: Battle Royale’s most successful event to date, Epic Games deployed a 12-hour downtime in preparation for its newest season. Over 15 million players partook in the fight against Marvel Comics supervillain Galactus. The hype train began instantly as Epic readied the release of Chapter 2 - Season 5. Teasers came through on Fortnite’s official Twitter account. As of 4 AM EST, Season 5 is now live in-game with a wide array of new gadgets to experiment with, locations to explore and an entirely new storyline that will unfold.

Season 5’s storyline revolves around the Zero Point and its connection to different dimensions. Fortnite’s famous Jonesy, known as Agent Jones, assembled a team of mercenaries to protect the Zero Point. The end goal is to prevent people from leaving and entering. Epic Games released a blog post shortly after the Season 5 trailers dropped.

“The Zero Point is exposed, but no one escapes The Loop, not on your watch. Join Agent Jonesy and the greatest hunters from across realities like the Mandalorian in a chaotic battle that will shape the future of the island…”

The Hunters mentioned previously are a significant part of this season. More will arrive in future Season 5 updates.

“The Hunters on the island are only the first to arrive from outside The Loop... throughout the season, Agent Jones will bring in even more Hunters from the realities beyond. Who will be next?”

Epic Games could get creative with these hunters. Perhaps this is where The Rock skin will come in, who teased that he might become a Fortnite character in the future. Fortnite Season 5 features an insane amount of new content to consume that will only grow more significant throughout the next couple of months.

Fortnite Season 5’s map remains similar, save for the middle and some new locations. The center area contains the titular Zero Point in an unnamed POI; however, it is the main pull of this season. The Fortilla, Stark Industries and Doom’s Domain are no longer in the game. Four new POIs - Salty Towers, Hunter’s Haven, Stealthy Stronghold and Colossal Coliseum - have occupied some previously empty areas on the map. Pleasant Park returns as well in place of Doctor Doom’s location. 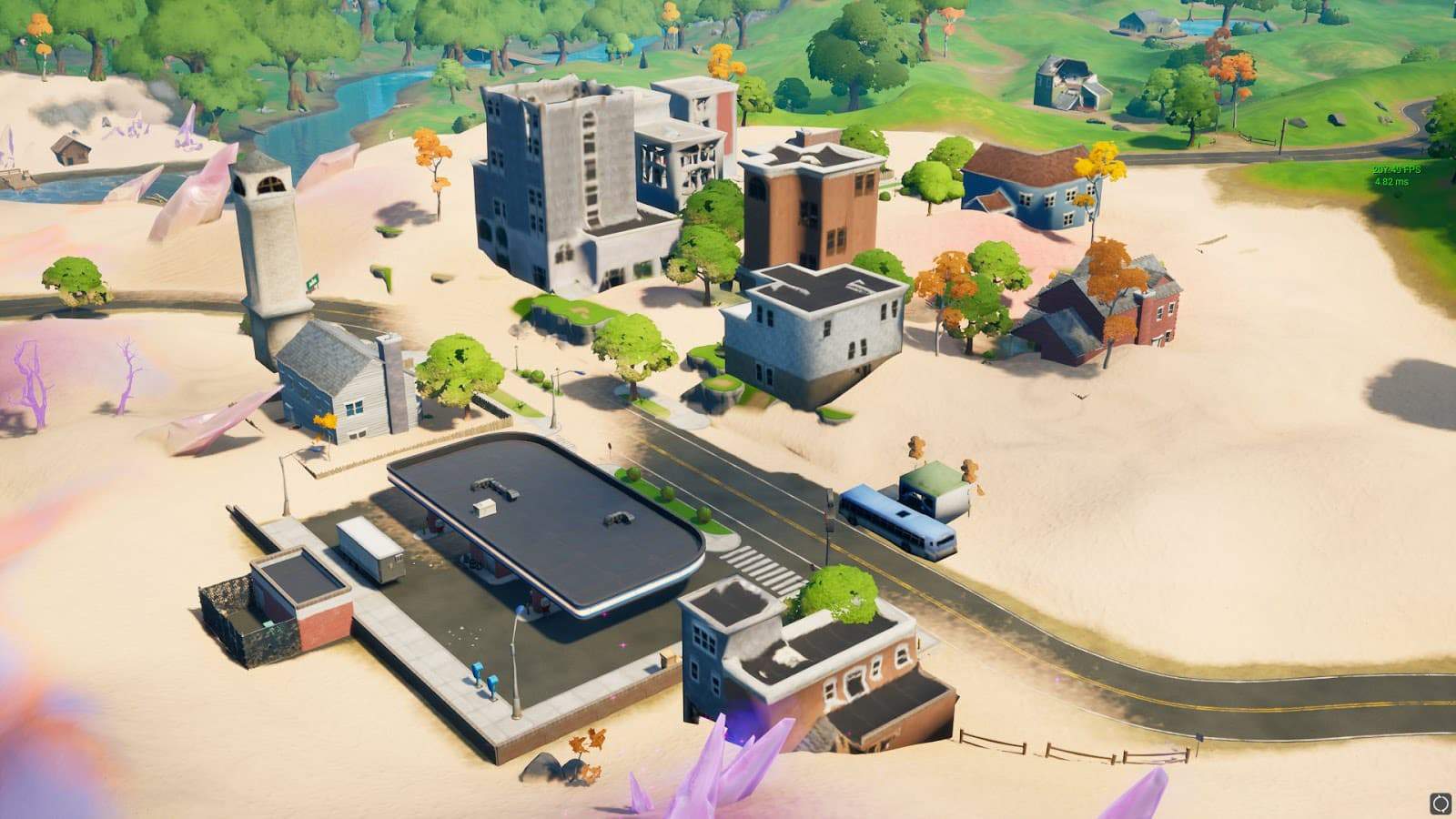 Replacing Salty Springs is Salty Towers. This location takes on the role of Fortnite’s iconic Tilted Towers POI from Chapter 1, which players have longed to see a return. However, it is certainly not the same as Tilted. It is much smaller in comparison and features most of the houses from Salty Springs. The newest additions are some larger buildings, similar to that of its Titled predecessor. Salty Towers will undoubtedly be much more appealing than Salty Springs. Hunter’s Haven is a relatively small POI located between Zero Point and Misty Meadows. The location features a building elevated over water with a hill behind it and potentially some more buildings. Lazy Lake is the closest POI to Hunter’s Haven. Pleasant Park now has some company north in the form of Stealthy Stronghold. This barricaded POI features a lot of trees for cover and several buildings and chests scattered throughout. Players who land here will be leaving with maximum wood, amongst other things. Located northeast of the Zero Point, Colossal Coliseum replaces the former Stark Industries location from last season. This Romanesque point of interest seems relatively small from the outset but offers no shortage of stairs and alcoves for cover and angles to fight from.

Fortnite leaker HYPEX confirmed that some sandy areas around the map will cause players to sink should they stand for too long. Fortnite players have the options to team up with or battle against non-player characters (NPCs) around the map. Either way, it looks like there is something it it for players when engaging with these characters.

“As a Hunter, it’s your duty to help the island’s characters in their unstable new reality. Take on their quests and bounties, get intel on your surroundings, or hire them to be your ally. Don’t want to negotiate? Challenge them to a duel and reap the rewards.”

A gold bar currency system is now in place, which players can utilize to upgrade and purchase different weapons. Players will earn gold bars by completing quests and bounties, eliminating players or finding hidden stashes around the island.

Fortnite Season 5’s Battle Pass features a slew of “Hunters,” led by the one and only Mandalorian. The Star Wars hit series character is the driving force of this new season alongside Baby Yoda. Some other Battle Pass characters include Mave, Reese, Mancakes and Kondor. Fortnite players can unlock Sapphire, Topaz and Zero Point variants of each skin. Codename E.L.F. and Crackshot will also receive Battle Pass cosmetics. HYPEX leaked all emotes from this season’s Battle Pass.

Time is wasting! Drop into Fortnite now to experience all of Season 5’s new features, items, weapons, locations and more!

Keep checking back for any more patch updates! We'll provide updates here as we receive them!