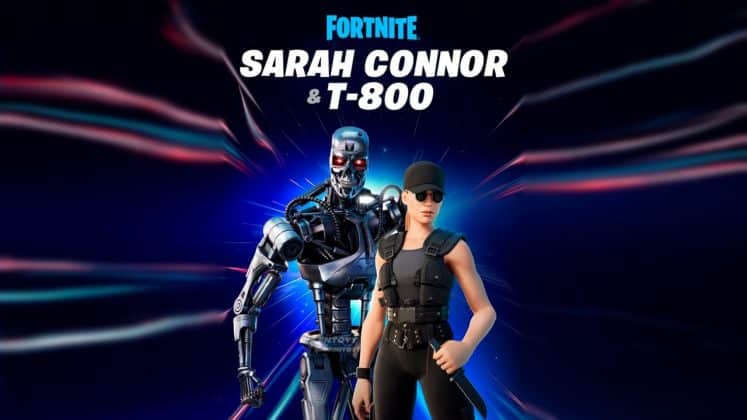 Donald Mustard confirms that two characters from the Terminator series will be in Fortnite.

It seems like there’s a daily occurrence where Epic Games reveals another groundbreaking Fortnite: Battle Royale collaboration. It’s been a wild run, and it appeared that perhaps Chapter 2 – Season 4’s Marvel collaboration was the ceiling. However, the developers had other plans for Chapter 2 – Season 5. Epic Games leveraged deals to introduce Kratos from God of War, Master Chief from Halo, Michonne & Daryl from The Walking Dead and Predator into the Fortnite universe. This pattern continues a long line of crossovers that Epic has managed over the popular Battle Royale title’s almost four-year history.

If you thought Predator was the end, think again. A recent tease in Fortnite patch 15.20 indicated that more hunters were on the way. The sky is the limit for Epic Games, and it seems that Skynet has something to say about the future. Terminator and Sarah Connor should emerge through the portal in Fortnite Season 5. Something that ESTNN predicted seven days ago.

first picture from Terminator 2
second picture is for the portal

the doors are similar to eachother !! pic.twitter.com/YPjRVDAwI0

Epic Games is no stranger to cryptic hints and Twitter posts. Soon after Predator arrived in Fortnite, the Zero Point portal located at Steamy Stacks revealed a curious image. Several Fortnite leakers did the legwork, which showed that the image is Cyberdyne Systems, as seen in Terminator 2: Judgement Day. The wheels started turning, and Epic released an audio log from Jonesy earlier today. Fortnite’s mascot has been pulling different “hunters” from other dimensions through the Zero Point.

:: Incoming Transmission – Reality Log 991 ::
Targets Description: A ruthless machine and a protector of the future pic.twitter.com/LGXiAadncR

All signs pointed to at least Sarah Connor joining the Fortnite roster based on Jonesy’s message. Many leakers and fans were left wondering if the Terminator crossover would include the titular Terminator. Epic Games Chief Creative Officer – Donald Mustard – then confirmed the Terminator would join Sarah Connor.

I wonder if Jones is using the best judgement in bringing them here… https://t.co/5A3MmaI5Hh

“I wonder if Jones is using the best judgement in bringing them here,” he wrote. The mere mention of “them” seems to confirm that both characters from the Terminator movie series will appear in a future Fortnite Item Shop update. Although there are no concrete details or leaks available other than a few tweets, it seems inevitable. All we can do at this point is wait for more leaks and information from Epic Games. However, Judgement Day is upon us in Fortnite Season 5.

Also Read: FNCS to Feature $20 Million Prize Pool in 2021, Everything You Need to Know

Shortly after posting this article, reliable Fortnite leaker HYPEX managed to snag an image of Sarah Connor and the Terminator model T-800 via Twitter user ImEntoYT. The image appeared on the PlayStation Store, confirming all of the rumors and speculation. There is no release date for the Terminator Fortnite cosmetics at this time.

Stay tuned to ESTNN for more Fortnite news and updates