Find out everything you need to know about this weekend's Fortnite Champion Series.

Competitive Fortnite Battle Royale players are on the fast track to Chapter 2 – Season 5's main event. The Fortnite Champion Series (FNCS) is the measuring stick for top competitors across the game's seven competitive regions. NA East, NA West, Europe, Oceania, Brazil, Asia and the Middle East all have a tall task ahead of them; three weeks of qualifiers, followed by the semi-finals and the finals. Epic Games has committed $3M USD to the first of three Fortnite Champion Series events this year. Europe and NA East top the money allocation list, respectively, with $1.35M USD and $690K USD each.

In addition to a stable prize pool and responsive developers, FNCS Chapter 2 – Season 5 features more broadcasts, on-air talent and coverage across more than just NA East and Europe. Epic Games is adding Oceania and Brazil into the mix with a slew of different languages for viewers to choose this time around. Let's take a more in-depth look at what to expect before the action begins on Sunday.

Welcome back Fortnite Fam to the #FNCS!

Now let's get even more hype with your broadcast crew, first up:

ZekimusPrime, ShyoWager, Reisshub, AussieAntics, MonsterDface and SUND0WN are all returning from FNCS Chapter 2 – Season 4 and will cover a portion of NA East, NA West or Europe. New and returning faces from previous seasons include SanchoWest, Leven2k, claystehling, HelloKittyLink and retired professional Fortnite player Noah “Vivid” Wright. Some of these names and faces you may recognize from the DreamHack Open featuring Fortnite. After his unfortunate situation with Cloud9, Vivid follows through with his tease and joins a cast of well-versed Fortnite personalities. Most of these on-air talents will handle one designated region's responsibilities, whereas ShyoWager and Reisshub are on double-duty.

The team behind competitive Fortnite also enlisted new German, Spanish, French, Brazilian and Australian talent for Europe, Brazil and Oceania. Let's take a look at who will be on the call for those:

Also Read: NA East Trios to Watch for Ahead of FNCS Chapter 2 – Season 5

This season's broadcast will cover only the final round of each qualifier, the semi-finals and finals. Key dates you'll need to remember are February 14, February 21 and February 28 for the qualifiers. Epic will reveal the dates for semis and finals later this season. Here are the broadcast times for the first three qualifying weeks:

Also Read: European Trios to Watch for Ahead of FNCS Chapter 2 – Season 5 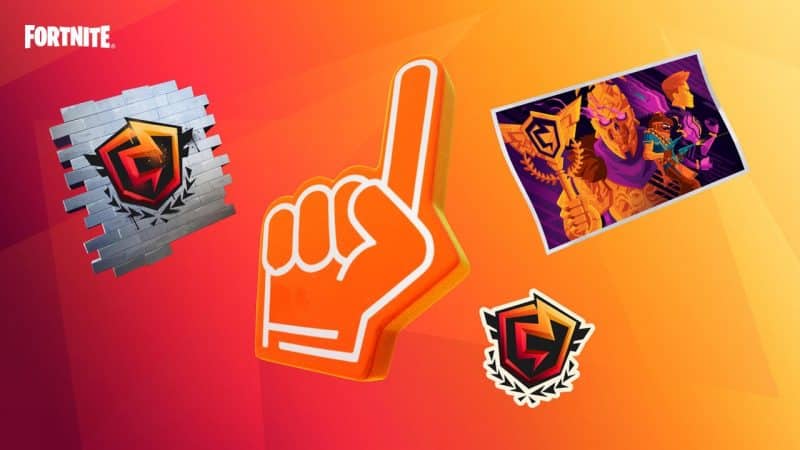 Epic Games announced another round of Twitch Drops for this season's FNCS competition. In the past, players who link their Twitch and Epic Games accounts are eligible to unlock in-game rewards. That remains the case once again in Fortnite's seventh Fortnite Champion Series. ESTNN recently released a comprehensive guide for those looking to claim Twitch Drops, so you'll want to check that out. Follow the steps within and viewers can earn themselves a free spray, loading screen, back bling and emoticon.

Countless Fortnite players across all regions will stream their points of view during the FNCS. You’ll want to scour the Twitch directory to find your favorite players. Otherwise, your best chance to enjoy the finals will be the official Fortnite broadcasts. Here are some links to save, depending on your language of choice: