Chap is the fifth man in on this impressive Cloud9 roster.

The fifth and final #C9FN NA member has arrived.

The announcement went down earlier this evening on Cloud9’s official Twitter account. Chap’s new organization honored him with a compilation of clips, including the old Fortnite Skirmish tournaments and his great endeavor in FNCS Season X. Chap provided some comments about joining Cloud9 as part of the roster reveal.

“Hey everyone, Chap here, I’m proud to announce that I am joining Cloud9.” expressed Chap. “One of the most exciting things to me about Cloud9 is that they seem very excited to get back into Fortnite. They are very willing to take input from me. I mean, every player so far that they signed are top tier players that I’ve given my own input on…”

MORE FROM ESTNN
Fortnite: How To Enter The Mothership & Collect Insane Loot In Season 7

Chap’s excitement went even further for the Vivid pick-up, whom he spent several years with on Team Liquid. Cloud9 now possesses a roster that could run with other top organizations like 100 Thieves, NRG Esports and FaZe Clan.

Like Vivid, Chap has remained a top Fortnite player through multiple seasons from the beginning. He burst onto the scene during the Summer Skirmish alongside former duo partner Tom “72hrs” Mulligan. Both former Team Liquid members - Chap and 72hrs - achieved two third-place finishes during the $8 million tournament series. The two continued into the Fall Skirmish and at the ESL Katowice Royale LAN tournament in Poland.

Fast-forward to Season X, where Chap joined Vivid and CizLucky for the trios FNCS. Despite their status as an underrated trio — Chap, Vivid and CizLucky reached the Grand Finals, finished just two points out of first place, and ultimately bagged $135K USD.

Chap managed to qualify for three out of five FNCS Finals. He is well-known for his understanding of Fortnite and rotational skills. He makes a solid add for Cloud9 who compiled quite a roster for themselves ahead of Chapter 2 - Season 4’s marquee event - the Fortnite Champion Series.

Expect Chap to be in contention throughout this season, especially after taking tenth place with trio teammates skqttles and Coop in the FNCS Warmup. 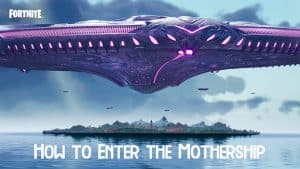