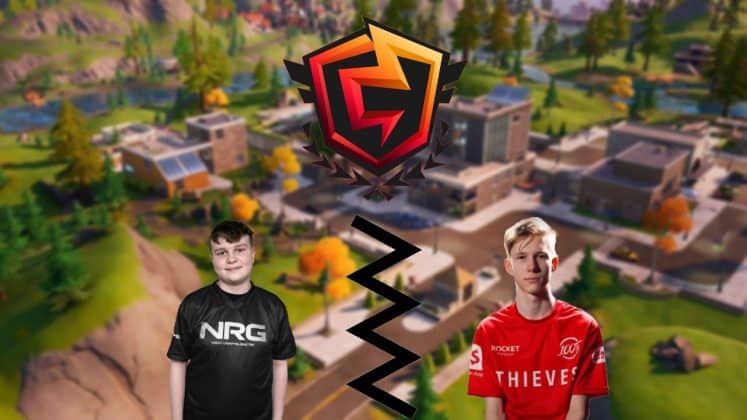 What's next for Benjyfishy and MrSavage after the two parted ways as trio teammates?

The MrSavage and Benjyfishy trio experiment has come to an end, both players confirmed on Twitter today. Two of Fortnite's best players will go their separate ways after teaming together for the last two seasons. It was quite a run, but Benjy and Savage wanted to examine other options ahead of the first of four multimillion-dollar trio Fortnite Champion Series (FNCS) tournaments scheduled for 2021. Although roster changes are certainly nothing new in competitive Fortnite, this particular one has significant implications for the rest of Europe. Multiple outcomes are possible, and there's a real chance that a dominant trio from Season X could reunite.

Also Read: How to Rotate in Season 5 Without Rift Fish and Shockwave Grenades

Benjyfishy and Savage revived their duo partnership in May of 2020 during Chapter 2 – Season 2. The two instantly won a Cash Cup, picking right back up where they left off before Fortnite's inaugural World Cup. Naturally, Benjy and Savage remained a duo heading into Chapter 2 – Season 3, where trios would return as a secondary competitive format. The two Fortnite World Cup finalists added top controller player LeTsHe to complete what, on paper, looked like an outstanding combination of talent. Benjyfishy, MrSavage and LeTsHe won two Trio Cash Cups and remained together through Chapter 2 – Season 4.

After placing 8th in the FNCS Chapter 2 – Season 4 Grand Finals, MrSavage and Benjyfishy decided to move on from LeTsHe. The two players tested several options but ultimately landed on French player Nayte. He and Benjy claimed 2nd place alongside Mongraal and Wolfiez in FNCS Chapter 2 – Season 1. This new trio played well, but Nayte went back to his previous teammates after just a few tournaments, leaving MrSavage and Benjy looking for one. Their search proved fruitless.

Benjy and i won't be playing trios together anymore. Its a mutual split and we both want to try other options. We will still play duos together.

With no third option in sight, Benjy and MrSavage parted ways as trio teammates but would remain duo partners for all future events. This conclusion sent the competitive Fortnite scene into a frenzy, leading many to speculate where the two European players would land.

It didn't take very long for the rumor mill to fire up after MrSavage tweeted the news. Many wondered if the end of Benjy and Savage as trio teammates meant that Benjy would reunite with former Season X teammates and FNCS Chapter 2 – Season 4 winners – Mongraal and Mitr0. It makes sense on paper, given their success five seasons ago. Although they didn't claim the gold, Mongraal, Mitr0 and Benjy, dubbed MMB, won three of five Season X Qualifiers. It would make perfect sense, and the timing is impeccable, seeing that Mongraal and Mitr0 are no longer with TaySon.

Where Will MrSavage Land?

MrSavage's landing spot is a bit more challenging to pinpoint. Several existing trios would likely rearrange their roster to make room for a player of Savage's caliber. One particular player who has had a tough time finding teammates is the previously mentioned TaySon. He just won the last trio Fortnite Champion Series, and having two in-game leader roles on the same team might not be the worst idea in this season's meta. MrSavage's former duo partner IDrop recently left his trio, and many are wondering if he did so to team with MrSavage and TaySon.

These ideas are pure speculation, so it'll be essential to watch social media and European scrims in the coming days. There's always a chance that current top trios make decisions to incorporate MrSavage or Benjy. FNCS Chapter 2 – Season 5 is less than two weeks away, and these two players have some tough choices ahead of them.