Dota 2: Which Were The Top Heroes In The DPC In Western & Eastern Europe? 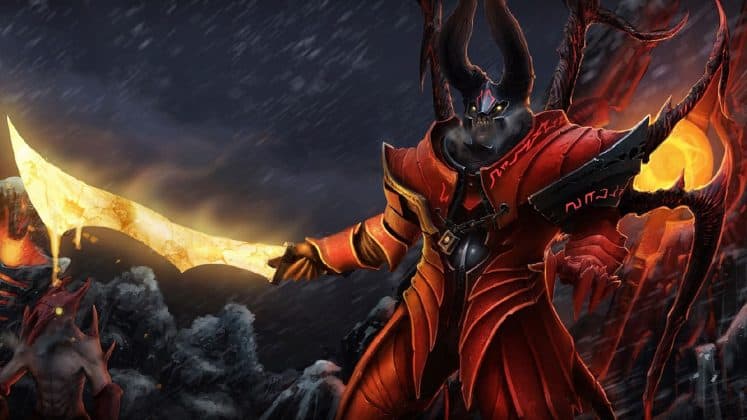 We take a look at which heroes took the crown in Europe during the DPC.

Let’s face it, Western and Eastern Europe (CIS) are two of the most interesting Dota 2 regions. Some of the best teams in the world come in the last couple of years come from these two places, which is why they are always among the favorite.

After watching the amazing Upper and Lower Divisions, we are just a few days away from the beginning of the second Major of the 2021 DPC. However, before we get to see the WePlay Animajor, let’s take a look at some of the hottest Dota 2 heroes that were picked prior to this event. It is worth noting that Valve released a new patch a few days after the end of the UD and LD matches. In other words, some of the heroes you will find below may not be as good as they were.

The first hero that we want to include is Razor. Even though he wasn’t as popular as other names on this list (the hero was picked only 13 times), he has a 77% win rating, which is really impressive.

This may not come as a surprise because Razor is really strong in certain scenarios. Despite not being the strongest carry/mid laner in the game, he can easily win almost any 1v1 match-up. What’s more, the hero is excellent for pushing starts and mid-game-based combos.

The second hero on the list is one of the strongest carries in Dota 2. Morphling always played an important role in professional Dota games. Even when he got nerfed to the ground, some teams decided to take advantage of him.

Morphling is one of the few late-game monsters that can do a substantial amount of damage even early on. Due to his high physical damage, he is a strong laner and can easily go toe to toe with some of the most annoying offlaners, such as Mars.

It is worth noting that the hero was way more successful in Western Europe than in the other region.

Doom became one of the strongest heroes in CIS because he has 14 wins out of 20 games. This is one of Dota 2’s most intriguing offlaners because he can be played in almost any position. There were times where some teams (Virtus.Pro) used him as a carry, but over time, he established himself in the offlane.

Besides his incredible farming skills and durability, this hero also has one of the strongest ultimates in the game. Doom can single-handedly “delete” one enemy hero from the fight, which is why this spell plays a crucial role during the late game.

This carry was picked several times by some of the top Eastern European teams. Troll Warlord won 11 out of 16 games, which showed everyone that he is a reliable position one. Judging by the in-depth statistic, Troll was more successful during the 20-30th minute mark than the late game. This is surprising because the hero is known for being one of the strongest late-game right-clickers in Dota 2.