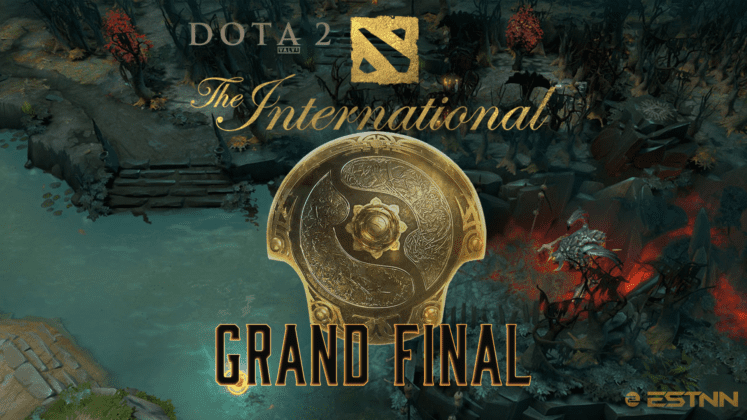 A spectacular finish to TI 10 as the tournament underdogs take the top prize.

Team Spirit and PSG.LGD delivered a top tier show for us today in Bucharest, with no shortage of thrills as both teams gave it their absolute all in a full five-game series.

We break it all down for you right here.

Our first series saw Team Spirit with a Naga Siren for Illya “Yatoro” Mulyarchuk in bottom lane with support from Yaroslav “Miposhka” Naidenov’s Elder Titan. A combo that proved far stronger than LGD’s IO/Ursa combo on Zhao “XinQ” Zixing and Wang “Ame” Chunyu in LGD’s top lane. Although the pair ultimately won the outcome, Spirit did set things up for Alexander “TORONTOTOKYO” Khertek’s Void Spirit did swing in for a nice pick off on Ame’s Ursa toward the end of the laning phase.

In fact, as the game moved out of the lanes, it was clear that Spirit were in control. Ame’s Ursa didn’t even get a look in as Yatoro rolled right past him in the farm. Racking up a massive 30k in the net worth on Naga. LGD just couldn’t deal with her illusions fast enough. And while Cheng “NothingToSay” Jin Xiang had Pangolier in the mid, that was not enough stun to hold Spirit back from stomping to the finish.

It was a demoralizing loss for LGD, but another phenomenal performance from Yatoro, who earned his spot in TI history at this event with his record three rampages on the main stage.

It looked like LGD were getting ready to run a Morphshaker in the draft for this game, with Ame taking the Morphling and XinQ running an Earthshaker. But as LGD continued to stick with their IO pick, this time for Zhang “y`” Yiping, Team Spirit continued to punish it.

And Spirit looked just as scary as in Game 1; with Yatoro on Luna and Magomed “Collapse” Khalilov running Magnus and bringing so much power to Spirit’s initiations.

LGD managed a slight unsteady grip on the gold lead at the 20-minute mark. But it was soon undone by Spirit’s offense.

Yatoro yet again delivered an outstanding game to his team too. He not only went 13/2/7 on Luna, but also dealt 21k of the team’s building damage.

Team Spirit shut it down at the 40-minute mark with a 16-kill lead. We were on to a nail biting third game. Was this going to be Team Spirit’s Cinderella story? Or would LGD turn the tables after two tough games.

Our third game of the series, with everything on the line for both teams. There was no doubt we were about to see some stunning Dota.

LGD let the Magnus slip through for Collapse. And many thought this spelled a three game Grand Finals for Team Spirit. But LGD were ready, with plenty of disables in the form of XinQ’s Rubick and Zhang “Faith_bian” Ruida on Bloodseeker.

Still, Yatoro was nothing to shirk at on Phantom Assassin, and he had the back up of Collapse on a Magnus yet again.

Both teams played the opening of the map strong, with things looking fairly even during the lanes. But as LGD’s cores began to come online as the game reached its mid, things were looking quite different.

Ame’s Spectre was a force to be reckoned with once he had the farm. And NothingToSay was more than formidable on his Tinker. He’d proven a tough nut for Spirit to crack during the lanes, but by this point he was fat on plenty of pick offs and causing a lot of trouble for Spirit – both their heroes and their towers.

y`’s Undying pick also played a big part in his team taking this win. Helping his team tuck away a solid 25 of their kills and taking the honors for 7 of them himself.

Our fourth game of the series saw Ame on Luna, while Faith_bian nabbed the Magnus pick this time around; and immediately went to work at improving his 68% win rate on the hero. XinQ and y` continued to flex their picks, with XinQ taking the Undying that had caused so much trouble in the last game.

Spirit’s draft didn’t look shabby though. Yatoro had secured the Spectre this game and TORONTOTOKYO was on Templar Assassin in mid. Collapse found himself on Axe for this map, and Miroslaw “Mira” Kolpakov had Lion to provide some catch for the team.

But LGD weren’t fooling around anymore. Their clockwork precision was back on show now, as they swiftly secured the lanes. Taking out the first blood at just fifteen seconds in. They were playing a fast game this time around.

Spirit seemed to have lost their fire after their defeat in the last game. And LGD were taking advantage of it. They were up in the net worth with a 21k at 21-minutes.

Spirit had only managed a single kill by this point, an early pick off on y’s Undying around 8-minutes. They didn’t manage another kill until the end of the game.

It was a stomp for LGD, they closed it out in 24-minutes with a 21-kill lead. They were taking the Grand Finals to the full five games of the series.

It was down to the wire. Whoever won this game, would lift the aegis at TI 10.

First picks in the draft saw Team Spirit snatch the Magnus for Collapse again, along with a Bane for Mira. While a Tiny slipped through for LGD. Ame’s pick, of course, alongside Faith_bian’s Lycan.  The match up in mid was Kunkka (NothingToSay) and Ember Spirit (TORONTOTOKYO). Miposhka scored a Winter Wyvern, while Yatoro took Terrorblade as Spirit’s last pick.

But perhaps the most interesting picks of the draft were LGD’s supports.  A Skywrath Mage for XinQ and y` Enchantress. There were other strong supports remaining in the pool, including wisp and weaver.

Spirit took the first two kills early in the lanes. Although LGD weren’t sleeping themselves, securing a small gold advantage during the lanes and bringing the kill-count to even numbers by 9-minutes.

But Spirit were pulling it back their way by the 20-minute mark, once Yatoro had secured himself an Eye of Skadi; providing some slow that let them weaken LGD’s net worth lead and even out the kill-count. A push for Rosh soon after let Spirit secure the aegis for him too, allowing Spirit to punish LGD’s mid lane, knocking down their T2’s.

Collapse was again valuable in providing initiation for Spirit, pushing out LGD’s supports to give TORONTOTOKYO some easy pick offs. By te 30-minute mark they had pulled into the lead with a 6k net worth advantage, an 8-kill lead and the bottom dire barracks. LGD had no buy backs to stop Spirit’s wrap around either, leaving them with the mid T3 down.

The mid rax fell at 32-minutes and Spirit were rushing the T4s, ready to end it. But LGD managed to push them back out, just just in time. But for how long was the real question? Spirit were 16k up, 14-kills ahead and moving into the Rosh pit.

As LGD moved to contest, the river became an absolute bloodbath, with NothingToSay, XinQ, Mira, Miposhka and y` all falling and Roshan left to regen.

But Spirit didn’t need the in-game aegis to close this game out. At 36-minutes they brought the real aegis home for Eastern Europe. Claiming the title of the TI 10 champions and setting a slew of records along the way.

Undoubtedly an amazing, and well-deserved win for the CIS team, who came into this tournament as underdogs, and leave as champions.