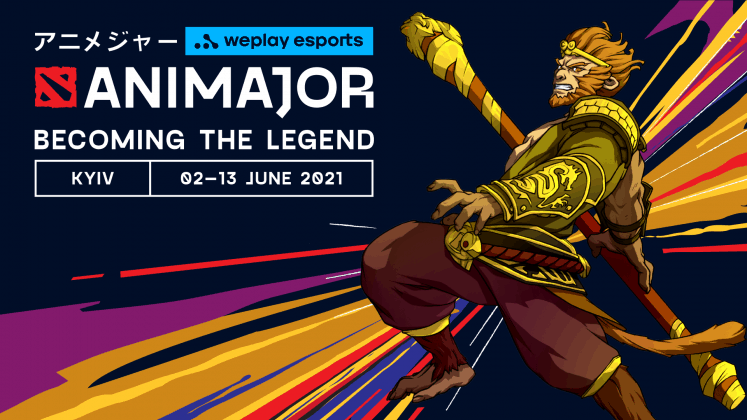 Team Secret failed to qualify in the top two spots of the Wild Card Stage, causing disappointment for fans.

The Wild Card stage is a wrap at the WePlay AniMajor, and perhaps one of the most unexpected results to come out of it is Team Secret's elimination. Secret played 5 series across the past two days, in which they tied 4 and lost 1. Yet they didn’t manage to win a single series in the Bo2 round-robin. Coming into this tournament, Secret were considered not only to be a major contender to qualify in the Wild Card, but a serious contender to win the entire tournament.

Our previous AniMajor prediction article, we analyzed the top teams, then asked the community to vote for their predictions. 45.5% of fans who responded voted for Team Secret, with 31.08% votes received for other teams excluding Team Aster and PSG.LGD.

We take a look at what happened to Team Secret during the Wild Card phase, and how an unfortunate series of events resulted in their elimination.

Problems in the early games

Against AS Monaco Gambit, Secret had a bad start but they recovered in the mid-game. They lost control over the game because they were unable to secure Roshan and an extra life plus cheese helped the enemy win team fights in the late game. It can be said that Secret didn’t play bad but if they had the form they had a few months ago, they would have secured this game with the Roshan.

In the next series, they faced Vici Gaming. But Vici are an undeniably strong opponent, so a tie was not a shock.

Later on, they fought Execration. This should have been 2-0 in favor of Secret. But they lost the laning stage so badly there was no hope left for them to recover. Execration kept on pounding Secret with kills all around the map and never gave them space to even think of a comeback.

What went wrong against Nigma?

When Secret played against Nigma, it was also considered to be an even series. One defeat shouldn’t be a shock but Secret played a substandard game. Any tier 2 team would have won against them in that match.

It seemed like they had no plan for the mid-game. Without their core heroes, they went to kill enemy heroes and deal damage to towers. Obviously assuming their low-farmed heroes would not die so quickly. But Nigma had Io and Gyrocopter. So, whenever they saw Secret bringing in a small gank, they teleported, outnumbered, and destroyed them. Secret had a huge pushing line-up consisting of Lone Druid, Templar Assassin and Enchantress. They could have easily taken all T1 towers before 15-minutes but they took their first tower at 22-minutes! They lost the game in spite of having good farm on their cores, simply because they didn’t plan out their transition from early to mid-game correctly.

Their last series was against Invictus Gaming, who were playing with a stand-in, and had just scraped in as a fellow Wild Card at the event. It was expected that Secret would close the series by 2-0. Instead, they lost the series by 0-2, causing the final and biggest upset of all.

More than execution, this series was a draft issue. With Secret deciding to play their comfort hero, Monkey King. Teams have generally avoided playing Monkey King over the last few months, mostly because he just doesn’t have enough damage in the mid to late-game. Right now, Monkey King is more of a snowball hero. And one with limited chances of success. When opponents have many durable heroes they're not even scared of fighting inside Monkey King’s Ultimate. That’s how weak his Ulti is in the current patch meta. Secret is a high-caliber team, they don't need to pick comfort heroes to win. If they had instead picked a counter, it likely would have been enough to turn this one around.

It's always disappointing when a team we have high hopes for at a tournament falls before the Group Stages. But unfortunately, that's Secret's fate at this Major.

Team Nigma and Vici Gaming have qualified and are set to play the Group Stage starting tonight. Be sure to tune in and catch all the action on WePlay's official stream, you can also watch live on Twitch or YouTube.