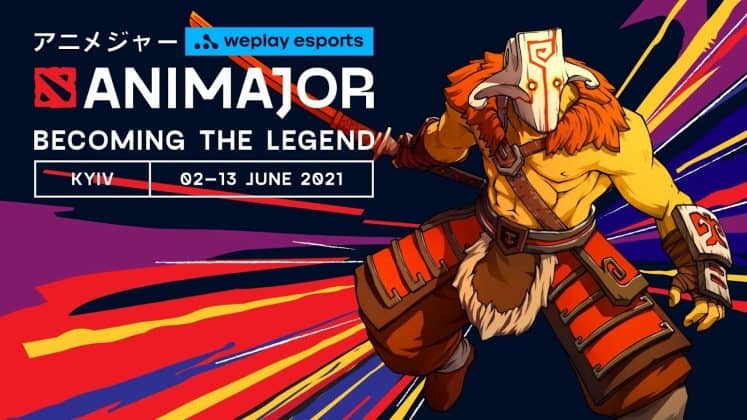 It's looking like Team Secret, Team Aster, Virtus.pro & PSG.LGD are our strongest contenders.

WePlay AniMajor 2021 is not only the last major before TI10, it's also the last chance teams have to earn DPC Points to help them qualify directly to TI10. The pressure to perform can’t be any higher than this. The top 18 teams are invited to the LAN event which begins today; June 2 and will run until June 13. 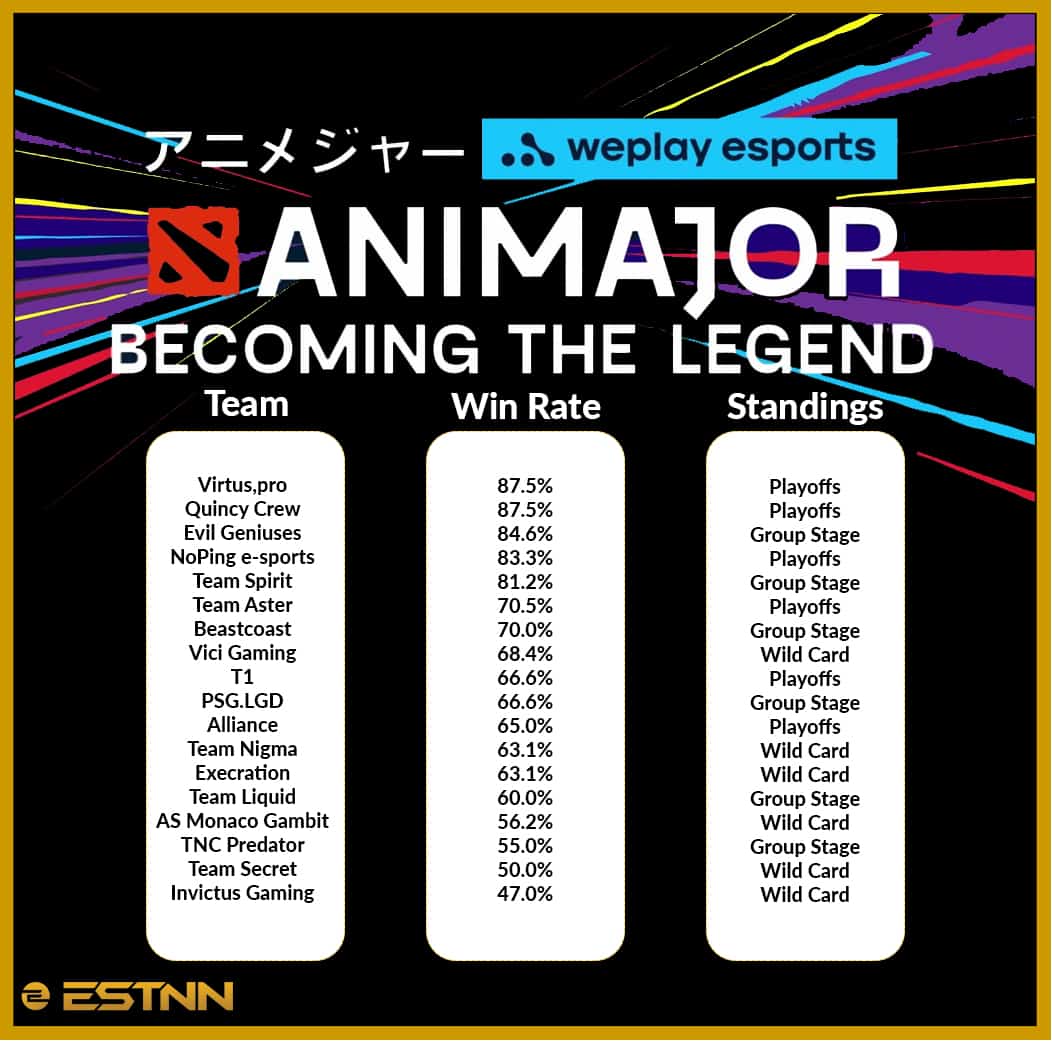 We looked at premium matches through patch 7.29, including season standings to determine each attending team's win rate for the event. (See the above data in a text format below.)

Vici Gaming and Team Secret are predicted to win the wild card and qualify for the group stage.

The Wild Card stage of the event is also known as the wildest stage as it eliminates four out of six teams straight out of the tournament. Adding to the risk of getting knocked out and incredible excitement, this round has four major powerhouses of the world – Team Secret, Invictus Gaming, Nigma and Vici Gaming.

Invictus Gaming were the champions of One Esports Singapore Major a few months ago yet their performance during the qualifiers of this tournament was just average. With the worst win rate among all the teams participating here at 47%, Invictus Gaming doesn’t look strong. The only thing that might change their road to success is that Su “super” Peng is going to stand-in for Chan “Oli” Chon Kien but it is still unlikely that IG will qualify for the next round.

Execration had their shining moment when they eliminated Fnatic in the SEA qualifiers but their overall experience and skill level is still lower in comparison to the four powerhouses in this round, hence Execration doesn’t have a chance to qualify further.

AS Monaco Gambit had a big roster shuffle recently as their two strongest players, No[o]ne and SoNNeikO left the team. They have no chance to qualify further too.

Team Secret, Team Nigma and Vici Gaming are the top three contenders of this stage and it will be an even battle. These teams are experienced and hungry to prove their mettle due to their defeat in the previous Major and to collect DPC Points to qualify for TI10.

Even though TNC Predator has been a strong team in the past, they had a roster shuffle before the qualifiers and have lost some important matches against weak opponents during the qualifiers hence their chances to qualify for the Upper Bracket are slim.

Evil Geniuses were the runner-up of One Esports Singapore Major 2021 and have performed brilliantly in the last few months. They have a great chance to qualify for the upper bracket. Their only disadvantage is that Chinese and European teams have so many strong opponents to practice against but EG only has Quincy Crew. Practice certainly plays a big role and that’s why they might not qualify for the upper bracket. They can still shine if they’ve had good practice against the teams who have already reached Kiev to participate at the WePlay AniMajor.

Our Top 4 Contenders To Win The Tournament

Team Secret, Team Aster, Virtus.pro and PSG.LGD are experienced and highly skilled. Virtus.pro is still a highly unpredictable team as they take lots of risks during the matches.

Team Secret have had enough defeats in the recent months but this is the tournament where they will take their stand. They need to qualify for TI10 and when all the teams will be under pressure, Team Secret will be calm and collective due to strong leadership. Team Aster and PSG.LGD have shown consistency in their performance against strong opponents which has given them enough knowledge of the patch and practice to overcome any team participating in this tournament.

Here at ESTNN, we're putting our money on Team Secret to become the legends in Kiev. You can vote for your pick over on our Twitter poll or over on our Facebook!

Who will win Dota 2 WePlay AniMajor?

Stay tuned to see if we're right as we follow all the excitement from the WePlay AniMajor starting today!