ESTNN crowns our Dota 2 Team of the Year – winners of TI 10, Team Spirit.

The 2021 DPC season brought with it a whole raft of changes, regional leagues, divisions and a new point system to qualify for Majors and TI. It was a revolution in the way competitive Dota 2 was played, and many people expected the results to see one of the established and seasoned rosters taking home the trophy at years end. PSG.LGD, Team Secret and Evil Geniuses were all touted as the possible victors at The International 10.

But after 10 years of the DPC, TI 10 brought us a return to the circuit’s roots. CIS roster Team Spirit took the stage by storm, eliminating their competition one by one to bring the aegis home to Eastern Europe. Team Spirit’s journey to the ultimate achievable victory in Dota 2 wasn’t without its hiccups, but the synergy and commitment shown by the young players throughout deserves commendation.

We take a closer look at Team Spirit’s DPC season to show you why they’re our Team of the Year in 2021. 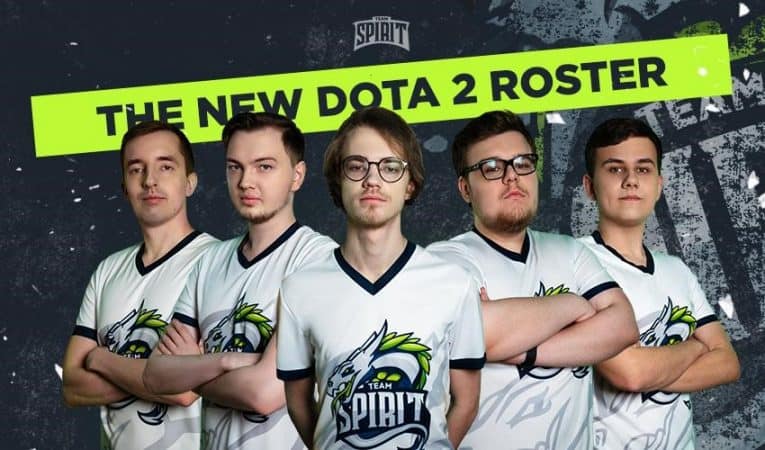 On December 19 2020, Team Spirit signed the CIS roster, Yellow Submarine, to their org. Originally formed back in 2014 to take a shot at the TI 5 open qualifiers, Yellow Submarine was mostly made up of fresh faces; Illya "Yatoro" Mulyarchuk, Alexander "TORONTOTOKYO" Khertek and Magomed "Collapse" Khalilov. Led through Season 1 by veteran player Yaroslav "Miposhka" Naidenov, it was a roster that showed a lot of promise. The midseason departure of Vitaly "so bad" Oshmankevich seemed like it could spell trouble for the fledgling team. But instead the addition of his replacement, Miroslaw "Mira" Kolpakov, brought some much needed stability.

Team Spirit didn’t quite make waves through Season 1, finishing in 4th place at the League. Not enough points to qualify through to the first Major. But enough to keep them in the Upper Division.

The new DPC meant that unlike previous years, teams spent most of the circuit competing within their own regions. Eastern Europe’s DPC had more than a few veteran orgs fielding rosters. Virtus.Pro, HellRaisers and Na`Vi were all among the competition that Spirit had to face on their road to qualifying for TI. 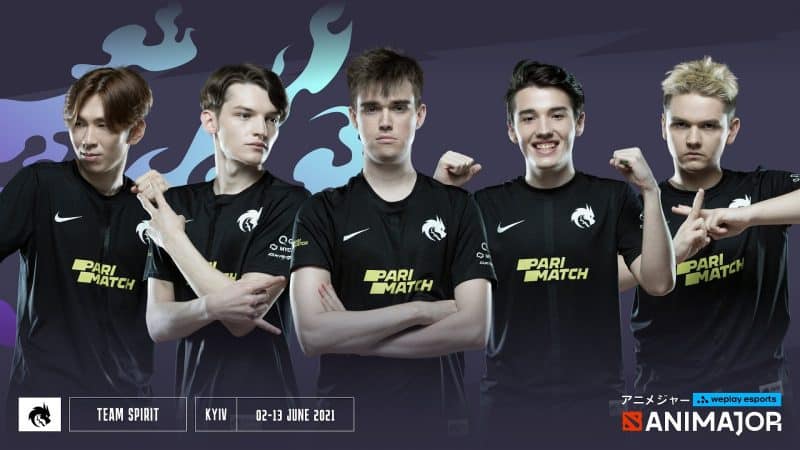 After Mira’s position on the roster was confirmed, Season 2 of the CIS DPC saw a much more aggressive Team Spirit enter the field. The inexperienced roster faced regional heavy weights like VP and Na`Vi unflinchingly, dropping only a single series against Virtus.Pro in Week 5 of the competition. They ended with a score of 6-1, nabbing themselves Second Place and a direct invite to the WePlay AniMajor in June.

Spirit’s dominance would start to fade once they reached the international stage. The team narrowly made it through the Groups at the AniMajor, placing in the Lower Bracket for the Playoffs. Once there, they made it through to the second round, falling to China’s Vici Gaming and placing 7th-8th in the tournament overall.

With just 585 DPC points to show for the year’s effort, it wasn’t enough to earn Spirit a direct invite to TI. 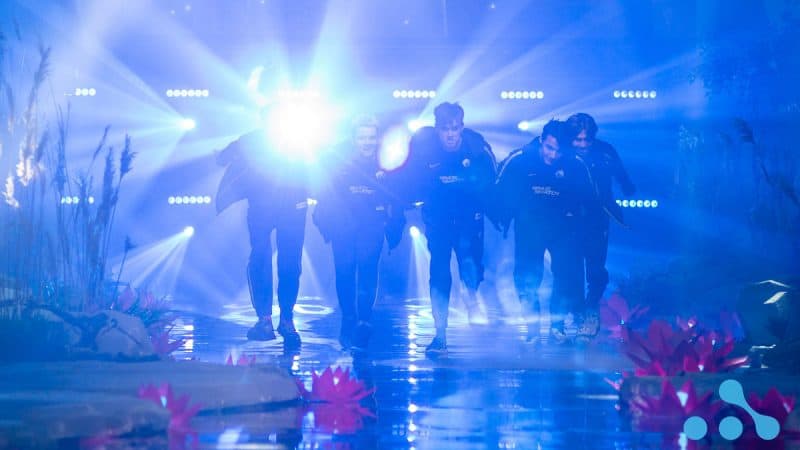 Without enough points for a ticket to TI, Spirit had to conquer EEU’s Open Qualifiers to secure their spot. Back at home in the familiar landscape of their regional rivals, they shone once more. Easily breezing through the qualifiers untested until their final series against Team Empire. It was a nail-biting back-and-forth series to close the qualifiers, but ultimately TS came out on top 3-2. Earning their place as the second CIS team to play at The International 10.

As competition opened in Bucharest, Team Spirit seemed to have finally found their footing on the global stage. Facing off some of the tournament favourites in Group B, like PSG.LGD and Secret, the CIS squad managed to secure themselves an Upper Bracket seeding for the Main Event.

Still, it wasn’t all smooth sailing from Day 1 of the Main Event through to the Bo5 Grand Final. Spirit’s first series against Vici saw them knocked down to slog it out in the Lower Bracket of the competition. With everything on the line for teams in the LB, the competition was fierce. Spirit kept their heads, however, slicing through some of the world’s top teams; Fnatic, OG, Virtus.Pro and Invictus Gaming, to make it through to the Lower Bracket Final.

Few were expecting them to take Team Secret 2-1 in that fateful series. But take them they did. Securing their victory in Game 3.

Lifting the Aegis for CIS

PSG.LGD were the clear favourites going into the Grand Final at TI 10. But it was Spirit who looked in control as the series opened on the first map. LGD are no slouch in the professional scene. They’ve made it to the TI Grand Finals multiple times before. But Spirit made them look like amateurs on the main stage, closing out the first game in under 40-minutes with 18-kills to LGD’s meagre 5.

Although LGD served up their own dish of damage as the Grand Finals stretched their way out to the full five-games, Spirit never seemed to lose their drive. Even after the debilitating Game 4 loss, which saw LGD wrap things up in just 24-minutes, Team Spirit came back into Game 5 with grit and determination.

It was truly a memorable series; Yatoro scoring a record-breaking three rampages on the main stage, Collapse was a menace, wholly debilitating LGD with his Magnus pick, and TORONTOTOKYO dominating the mid with both skill and strategy. After some truly thrilling back and forth, Team Spirit shut down LGD in the fifth and final game of the Grand Finals.

At the first ever TI back in 2011, it was CIS team Na`Vi who claimed the honor of the first Dota champions. Ten years later in 2021, a CIS team would once again lift the aegis.

A true rags to riches tale like Team Spirit’s TI 10 run doesn’t happen every day, but we’re glad it did, because we’re sure to see more exciting play from this squad in the future.

Congratulations Team Spirit, winners of TI 10 and our 2021 Team of the Year.