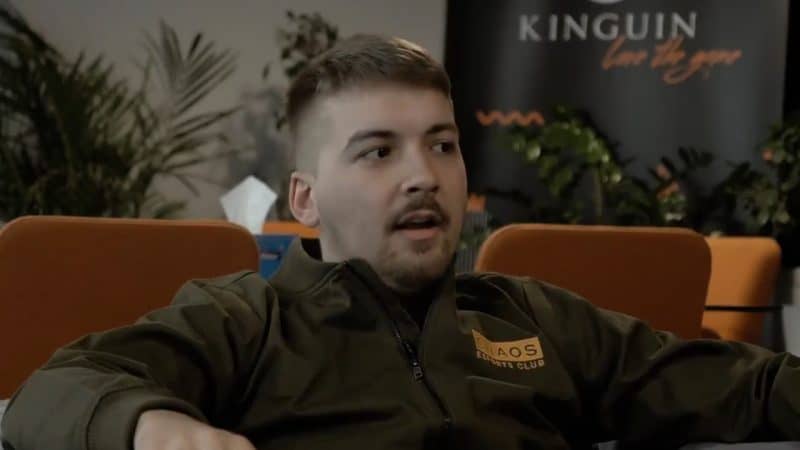 Milan Kozomara, a stand-in for the Quincy Crew is unable to participate at Singapore Major following travel issues.

Team Quincy Crew is yet again left with an incomplete roster just two days before the Singapore Major 2021.

Our standin @milandota2 was on the same flight as @LeBronDoTa and encountered the same issue. He travelled for hours across national borders to even make this Belgrade flight, for that we will always be appreciative and thankful. We are still awaiting authorization on standins https://t.co/u0Z8HqyYhM

Milan "MiLAN" Kozomara who was a stand-in for Arif "MSS" Anwar will be unable to play for the team. MSS was replaced for the event just this week by MiLAN after he returned a positive for COVID-19. The rules of Singapore Major prevents any player from participating at the tournament if they've tested positive. The rule was put in place to keep the health and safety of other players and staff at the event.

MiLAN was travelling to Singapore from Belgrade, Serbia, but his flight was canceled for technical reasons once the plane was already in the air. The resulting delays means he's unable to participate at the Major for Quincy Crew.

Also Read: Three Players To Watch For At The Singapore Major

Jack “KBBQ Chen” the team's manager informed fans via his Twitter. Explaining Milan had traveled for hours across national borders to make the flight to Belgrade. The team is now waiting on further authorization for stand-ins that are eligible and to travel at the last minute to the Major.

MiLAN was on the same flight as Nikola “LeBronDota” Popović. Who was supposed to stand-in for Na`Vi after Andrey “Mag” Chipenko, contracted COVID-19 ahead of the event. Na`Vi have since withdrawn from the Major due to further COVID concerns, and the limited time remaining to work around other complications.

Meanwhile, Quincy Crew is once again on the hunt for an appropriate and approved stand-in to compete with the team. Roman “RAMZES666” Kushnarev is one potential choice for the team as a stand-in. RAMZES666, who was originally supposed to stand-in for Na`Vi at the event, is already on his way to Singapore. RAMZES666 is a top-level substitute and he's currently not rostered to any team. He could be an option for the Quincy Crew roster. He's already received formal permission to play in the event, so we may see him playing with QC in a different position.

With an unstable Roster the North American team is in a rather difficult position. It will be difficult to maintain their past performance if they miss out. They established themselves as the new kings of NA after a successful run during 2020's unofficial season, taking home nine titles and one second-place medal in the ten events they participated in. And their Season 1 in NA's DPC 2021 league had them dominating the competition.

UPDATE 28/03: Local Singaporean player Poloson is playing as MiLAN's stand-in during the event.

Quincy Crew's standin for the major will be Singapore native son @polosonn , who has finally been fully processed and cleared. Thank you, and thanks again to @milandota2 for enduring what he did! Fully focused on adjusting/preparing for the start of group stage