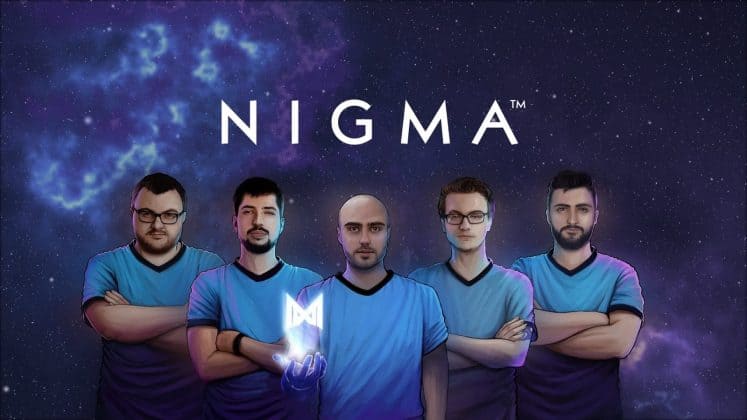 After disappointing results at the Singapore Major, Team Nigma are shuffling their roster.

Team Nigma have announced their midlaner, Aliwi “w33” Omar will be moving to an inactive role on the roster.

An update to our roster for the 2nd DPC season.#StarsAlign pic.twitter.com/BOvJ1mmAJv

“As of today, w33 will be moved from the active roster…” The announcement read. “Omar has contributed a lot to the team and the organisation.”

Omar joined Team Nigma in 2019, while they were still playing under the Team Liquid banner and competed with them at TI 9. After finishing in second place, Kuro “KuroKy” Salehi Takhasomi announced the roster would be leaving Liquid and forming their own organisation.

They officially announced the team on November 25, playing their first series in the DreamLeague Season 13 Open Qualifiers for Europe in December of 2019. They qualified for the Leipzig Major, falling out of the tournament in 9-12th place.

Thanks to the chaos of the pandemic in 2020 and the year of online play, the Singapore Major was the first-time the team were tested on the international stage in 14-months.

Nigma had a disappointing run at the Singapore Major, facing elimination during the Wild Card phase of the tournament.

The results were a blow after a somewhat difficult Season 1 in the EU region of the DPC. They managed to scrape into third place at the end of the season, securing them one of the coveted slots for Singapore.

The Major could have been a chance for a Season 2 redemption for the team, especially if they’d managed to knock out some of their regional rivals.

But things went south quickly in Singapore. Nigma only managed to net themselves a tie in the Wild Card Round Robins. Going 0-1-4 across the two days, ending in sixth place.

The results mean something has to change for Nigma. And the team have decided that something will be Omar’s position on the roster.

What’s next for Nigma?

Nigma have given w33 their blessing to pursue any opportunities which might arise. And there are plenty of shuffles hitting the scene with Season 2 soon to kick off. With Europe’s Upper Division set to start play on April 13, Nigma will need to fill w33’s spot quickly.

There are still a few free agents floating around post-Season 1. Former Secret and OG midlaner Yeik “MidOne” Nai Zheng is one option. He’s had plenty of experience playing against Europes Upper Division teams. Viktor “GeneRaL” Nigrini, Na`Vi’s former flex offlane/solo mid player could also be considered by the team, as the CIS and EU regions are always in close play. He joined the 10,000 MMR club last year, and Na`Vi had some promising results through OGA Dota PIT S4 at the end of last year.

Outside of the European scene Syed Sumail “SumaiL” Hassan is a potential pick. SumaiL hasn’t played on an active roster since leaving OG back in July 2020, so signing him would be a quick solution.

Nigma aren’t the only team heading into Season 2 with gaps in their roster still. Since Topias “Topson” Taavitsainen’s return to OG, and MidOne’s departure, the two-time TI winners are also currently one man down.

With less than a week until Season 2 begins, there’s certainly going to be some surprises on the horizon in the EU scene.

Stay tuned to ESTNN for all the latest Dota 2 and esports news!