Dota 2: Making The Legend – A Closer Look At WePlay’s AniMajor 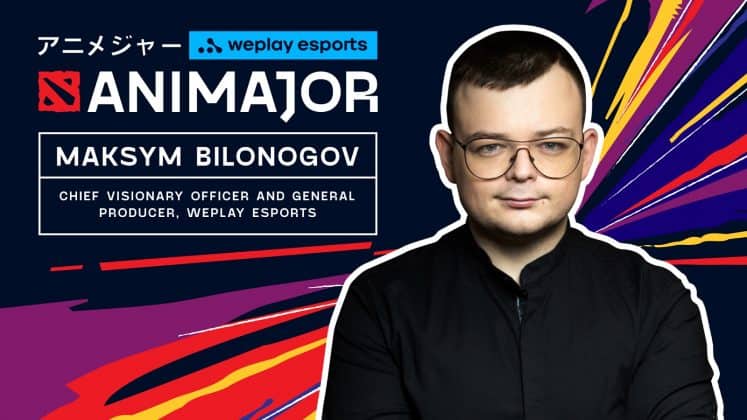 ESTNN chats to WePlay Esport’s Chief Visionary Officer and General Producer, Maksym Bilonogov about how this anime-inspired Major was born.

With the release of Dragon’s Blood, an anime-themed Dota 2 Major was probably always going to be on the cards. And there was really no one better to take up the challenge. WePlay Esports have proven consistently that they know what the community loves. Running multiple past events like their Winter and Valentine Madness events, and last year’s Bukovel Minor. All of which delivered equal amounts of slick professionalism and killer memes. The Kyiv AniMajor has been no different.

Despite the global pandemic preventing spectators from attending the event, the atmosphere they’ve created still has all the flavor and fun we’ve come to expect from WePlay Esports.

We had a little chat with Maksym Bilonogov, the team’s Chief Visionary Officer and General Producer, about what inspired them, and how they prepared to take up the challenge. (Spoiler: WePlay's production staff have probably watched your favorite anime.)

Inspirations behind the AniMajor

Why was anime chosen as the theme for WePlay AniMajor?

MB: It’s not a secret that Japanese anime is very popular among the esports community. The peculiarities of the genre, its diversity and popularity give us as organizers an opportunity to appeal to the viewers. We’ve been planning to create an anime-style tournament for a while now, and it’s hard to think of a better excuse to implement this idea than WePlay AniMajor.

What were your inspirations during the preparation of the event?

MB: When developing the event concept, our producers and designers were inspired by the visual components of Japanese culture: films and videos, architecture, advertising, visual communication, and even the peculiarities of fonts. And, of course, we couldn’t do it without watching anime shows like Naruto, One Piece, Dragon Slayer, Attack of the Titans, Tokyo Ghoul, Death Note.

How much of an impact did DOTA: Dragon’s Blood have on the decision?

MB: DOTA: Dragon’s Blood had a big impact on creating the style of the tournament from the outset. Later, in the process of developing and detailing the concept, the producers were inspired by elements of the series. It’s difficult to name another animated film or series that so vividly captures the spirit of the game. 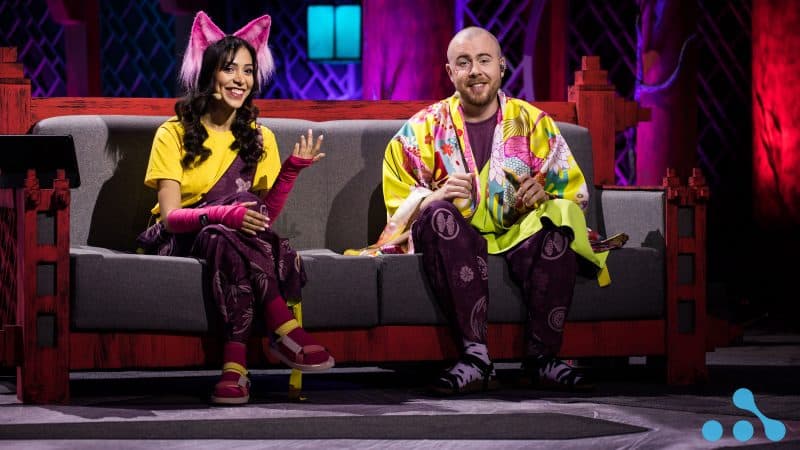 From the detail and the color of the sets to the frivolous (but still very fresh) props, WePlay Esports has managed to vividly capture the spirit of what makes anime so popular, and they’ve managed to do it with enough tongue in cheek that it should please even the anti-weebs.

Although, they did have a little bit of help with some of that slick animation.

If you’ve been tuning in, you’ve no doubt seen the fantastic anime-themed illustrations of the broadcast talent that often feature. That all-too accurate anime version of Admir “lizZard” Salkanovich was drawn by talented German artist, Cottony.

So, here is what I was working on the whole past month! Was such an honor to draw the talents for @WePlay_Esports and their #WePlayAniMajor 😍❤️ https://t.co/Ozk6H0CX8L

And Cottony isn’t the only member of the Dota 2 community whose creative work they've been featuring, they’ve also been highlighting fan art on their Twitter. And offering plenty of laughs with their memes and their interactions with official team accounts.

Keeping the fans involved and engaged without the ambiance a live audience brings is a tall order. But WePlay Esports has been on the ball here too, those watching along on Twitch can vote on the outcome of games, MVP and the tournament winners to win prizes.

All in all, despite fans having to watch from home, they've been doing a phenomenal job keeping the community spirit alive online. They even have a chill Discord where fans can interact to chat and discuss the day’s series. We’ve still got one more action-packed day of our Group Stage left to play and then we're onto the Playoffs. Be sure to tune in and see all the memes and madness live over on WePlay’s Twitch. As well as YouTube and the official WePlay Esports website.