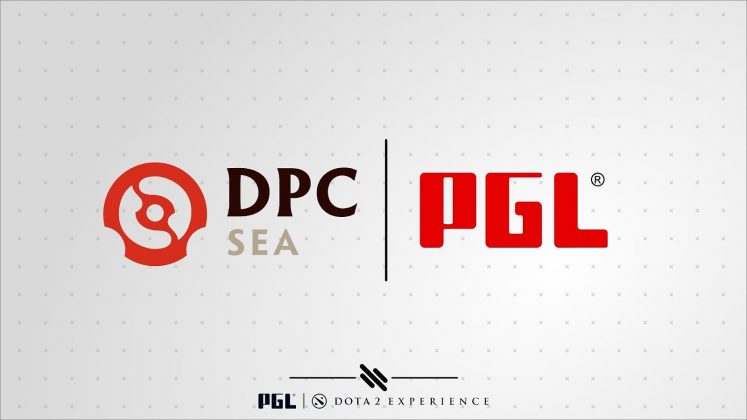 ESTNN looks at the SEA Week 3 matches of DPC Season 2.

As we approach the heart of the Dota Pro Circuit series, things heated both in the Upper and Lower Divisions of the SEA region. The very best teams battled each other in the Upper Division with TNC Predator and BOOM Esports leading the standings. Whereas, Motivate.Trust Gaming and South Built Esports are top two on the Lower Division table. Let’s check out the highlights of week 3.

Our first set of matches between Cignal Ultra and 496 Gaming went in the latter’s favor, with 496 winning 2-0 against Cignal. 496’s Morphling dominated the first match and ended it under 30 minutes. The second match was more of a challenge from Cignal’s Queen Of Pain and Faceless Void but 496 managed to win it with their Lifestealer and Storm Spirit.

The series between Army Geniuses and Galaxy Racer saw GXR win comfortably with a 2-0 back-to-back win. Both matches looked one-sided and AG could not do much against Galaxy’s team play and draft.

Then on April 29 we saw 496 Gaming for their second games of the week, where they went head to head against Team SMG. Unfortunately, the games were pretty much in SMG's favor right from the start. The first game ended with a 29-19 and the second game had a score of 34-18. SMG won 2-0 against 496.

The first match in the last set of games between Team Mystery and Army Geniuses ended in AG’s victory with a 27-11 scoreline. Although the second game stretched into the late phase, Mystery never looked in control of the game. They lost 37-13 against AG.

The last game saw Trust Gaming win 2-0 against South Built Esports. Fans saw a 36-minutes long first game with a score of 34-20. The second game was also similarly long, with a score of 35-20 in MG.Trust’s favor.

Execration won the second set of matches 2-0 against Omega Esports. The first game turned out to be quite the long one; allowing Execration to get the full value out of their Anti Mage pick. Although Omega tried to counter AM by picking Bloodseeker and kept the pressure, they failed to dictate the game and AM still got plenty of farm. The second match was neck to neck in the early game. It was only around the 20-minute mark that Execration looked ahead in net worth and momentum. With Omega’s Drow Ranger unable to defend high ground, Execration won the second game.

The matches between Boom and T1 were terrific to watch. Game 1 saw an interesting Io carry draft from Boom, which turned out great for them. Both Ember and Io dominated and won the first game against T1. The second match saw T1 bouncing back with Lina mid and Morphling as carry for Nuengnara “23savage” Teeramahanon.

After an hour-long match, it was T1 who came on the top to win the second game. Spectators saw a balanced deciding match was till the 30-minute mark. However, a fight tilted the game in Boom’s favor. Boom had picked Medusa for Randy “Dreamocel” Sapoetra, who completely out farmed everyone. T1 managed to come back in the later stages of the game, but it was not enough to stop Boom from winning.

Games between Neon Esports and Execration went well for the latter. Neon won the first match with a great draft which completely dominated the opponent. The second game had Execration’s Morphling written all over it. Jinn Marrey “Palos” Lamatao who played Morph had an amazing game with a 17-2 score and a high impact on the game. After the second game’s victory, Execration continued with Morphling in the deciding match to win the series 2-1.

The last series of matches were entertaining as T1 pulled a big one against TNC Predator. The first match ending with a score of 26-9 summed up TNC’s overwhelming victory. However, T1 fastened their seat belts for the second game. Picking Timbersaw and Phantom Lancer against TNC’s Tiny, Bristleback and Leshrac, T1 had the upper hand. The team kept their momentum after the second game’s victory and won the third game. The last match was a low-scoring and passive game. It looked like TNC had a terrible draft against T1’s Medusa, Storm Spirit and Timbersaw.

The matches between Fnatic and BOOM Esports were amazing to watch, with both teams playing some fantastic Dota to challenge each other. The first match started with Boom aggressively playing around the map and wrapping up some important kills in the game. However, the flow of the game changed around the 20 to 25-minute mark when Fnatic could get some kills. Boom, who were almost equally farmed, did not give up and pulled back their momentum after taking favorable team fights. Boom won the first game, with Phantom Lancer and Puck being the most influential heroes in the game.

In the second match, Fnatic picked Gyrocopter and had some good early game gold advantage. However, around the 15-minute mark, they took a terrible fight and ended up handing the Aegis to Boom. Fnatic did not give up and made it difficult for Boom to capitalize on the momentum. Both Io and Tusk on Fnatic had great saves for their cores with Relocate and Snowball, which helped them greatly in team fights. After several team fights, Fnatic had an 11k gold advantage around the 30-minute mark. There was no looking back after that and Fnatic ended up winning the game.

The third and final game had Boom playing aggressively since the very start. With Mirana and Sandking in their draft, Boom were looking to disrupt Fnatic’s game. Although Boom were nearly successful in pressurizing Fnatic who had a Medusa and Riki in their team, it was not enough to make Fnatic give up. After some decent farm on Medusa, Boom could not handle the insane damage and Fnatic were dishing out using their cores. The game ended with Fnatic winning the series 2-1.