Dota 2: Battle Pass 2022 – How to Win with A Footless Support Hero in Cavern Crawl 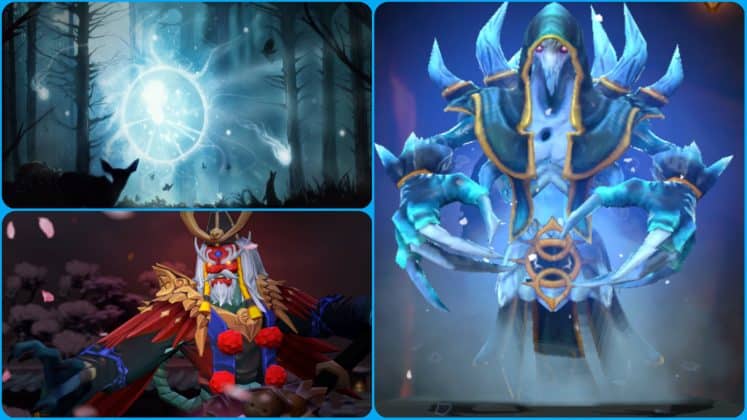 You can choose these heroes to Win with A Footless Support Hero in Cavern Crawl during Battle Pass 2022.

The Dota 2 community is bursting with joy as the Battle Pass 2022 unfolds. Many players are queuing up for matches in Dota 2 to collect their newly launched rewards that are being offered as part of Battle Pass 2022 for gamers. The International 2022 prize pool is growing bigger by the second as 25% of all purchases made within the game will go towards extending the prize pool of the much-awaited esports tournament.

People can unlock various weekly quests, treasures, vials, custom towers, and couriers, among other rewards. People can play as designated heroes in Cavern Crawl to earn Mythical sets for Crystal Maiden, Juggernaut, and Slardar. Here’s a deep dive into the heroes you can choose and how to play them to help you Win with A Footless Support Hero in Cavern Crawl during Battle Pass 2022. 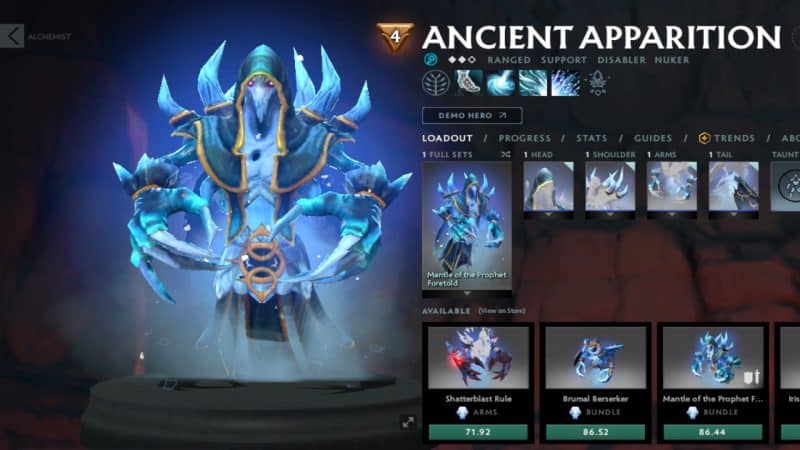 Ancient Apparition is a ranged hero who can freeze his enemies in their footsteps. The support hero has a base HP of 600 and a base mana of 351. He has base stats of 23 Intelligence, 20 Strength, and 20 Agility. The Intelligence hero gains an incredible 3.4 Intelligence per level. He has a base movement speed of 285 and a base armor of 2.3.

The support hero has a maximum range of 675 and a maximum projectile speed of 1250. Ancient Apparition can nuke heroes with Cold Feet to deal damage over time. Enemy units affected with Cold Feet take 90 damage per second as long as they are within 715 radius of the spell. Enemy units who do not move away from the 715 radius are stunned after 4 seconds. Cold Feet has a maximum range of 1000. It has a cooldown of 9 seconds and consumes 125 mana in the game.

You can use Ice Vortex at any location on the map. The active ability slows enemies by up to 25% in a 300 radius. Enemy units affected by Ice Vortex take in 25% increased magical damage from spells. Ice Vortex can last for 14 seconds and deals 40 damage per second. It has a reduced cooldown of 4 seconds and needs 70 mana to be cast.

Chilling Touch can be used to increase the range of your attacks by 240. Hitting enemy units with Chilling Touch can slow their movement speed by 100% for a second. Ancient Apparition will gain an additional 160 damage on his next spell. Chilling Touch has a cooldown of 3 seconds and requires 60 mana.

Ice Blast, the ultimate ability of Ancient Apparition, can be used at any range in the game. It will deal 400 damage to enemies and prevent them from healing for 12 seconds. Frostbitten enemies will take up to 32 damage per second. If the enemy's health falls below 14% of their maximum health while frostbitten by Ice Blast, they will instantly be killed. Ice Blast has a cooldown of 40 seconds and consumes 175 mana.

Mekansm can help you restore health to your teammates in battle. It costs 1775 gold and lets you replenish 275 health to allies in a 1200 radius. The item has a cooldown of 50 seconds and needs 100 mana to be cast. You can combine Mekansm and Arcana Boots into Guardian Greaves later in the game. Guardian Greaves will help you restore 350 health and 200 mana to allies. It is the perfect item to enable you to Win with A Footless Support Hero in Cavern Crawl.

Rod of Atos can be used to root enemies to stun them with Cold Feet. You can purchase Rod of Atos for 2750 gold. It provides 24 Intelligence, 12 Strength, and 12 Agility. You can root opponents for 2 seconds using Cripple, the active ability of Rod of Atos.

Cripple can paralyze enemies after they have been struck by Cold Feet and Ice Vortex. You can use Chilling Touch before using Cripple to amplify the magic damage dealt to enemy units. Cripple has a cooldown of 18 seconds and needs 50 mana. Grimstroke is an Intelligence hero who can disable enemies during battles. He has a base HP of 620 and a base mana pool of 375. The ranged hero has base stats of 25 Intelligence, 21 Strength, and 18 Agility. He gains 3.8 Intelligence per level. Grimstroke has a base movement speed of 290 and base armor of 3.

He can silence enemies with Phantom’s Embrace. The magical spell summons a phantom that latches onto targets and silences them. The phantom latches onto enemies for up to 5 seconds and takes 9 hits to be destroyed. If the phantom is not destroyed at the end of the duration, it deals 360 damage. It will also reset the cooldown on Phantom’s Embrace. It can cost 140 mana to be cast in the game.

Grimstroke can cast Ink Swell on allies and on himself to stun opponents in a 375 radius. Ink Swell can increase the movement speed by 16% and deals up to 360 damage. It can stun enemies for up to 3.5 seconds. Ink Swell has a cooldown of 18 seconds and consumes 150 mana.

You can use Soulbind, the ultimate ability of Grimstroke, to bind enemy heroes together for up to 8 seconds. Binded enemies will be affected by spells that are cast on either of them during the duration of the spell. It has a cooldown of 50 seconds and has a mana cost of 250.

Orchid Malevolence can amplify the damage dealt by Grimstroke to enemy units. It provides 40 attack speed, 30 attack damage, and 3 mana regeneration. The active ability of Orchid Malevolence, Soul Burn, can silence enemy units for 5 seconds and amplify incoming damage by 30%.

People who love to nuke heroes in lanes can buy Octarine Core for Grimstroke. It provides 725 mana, 425 health, and 3 mana regeneration. You can upgrade the Aether Lens to an Octarine Core to reduce the cooldown of all your abilities and items by 25%. Io is a Strength hero who can protect his allies during team fights. He has a base HP of 540 and base mana pool of 351. The support hero has base stats of 17 Strength, 23 Intelligence, and 14 Agility. Io gains an impressive 3.0 Strength per level. He has a base movement speed of 320 and base armor of 3.3.

You can Tether to latch onto allies within 1000 distance. Tethered units get a 12% movement speed boost. They also get a portion of their health and mana restored over time through Io. You can summon Spirits to deal 90 damage each to enemy units in a 360 radius.

Overcharge gives 110 bonus attack speed and 14% spell amplification to Io. It also increases the health regeneration rate of the Strength hero. Allied units that are Tethered to Io will also gain these bonus abilities. Overcharge lasts for 8 seconds. It has a cooldown of 16 seconds and needs 100 mana.

Dota 2 players can use Relocate, the ultimate ability of Io, to teleport to any location. If Io is Tethered to any allied heroes, both the units will be teleported to the location. It has a cast time of 3 seconds and a cooldown of 80 seconds. Relocate consumes 175 mana.

If you want to Win with A Footless Support Hero in Cavern Crawl, you can purchase items that make Io more durable in battle. Items such as Crimson Guard and Pipe of Insight can be used to strengthen the abilities of Io. The Strength hero can activate these items to safeguard teammates who are taking heavy damage from physical attacks and magical spells.