You can choose these support heroes to progress faster through Cavern Crawl with the Battle Pass 2022.

Cavern Crawl makes a grand return to Dota 2 with the Battle Pass 2022. You can unlock Mythical sets for the Crystal Maiden, Juggernaut, and Slardar by winning matches as designated heroes who are part of Cavern Crawl. Here’s a closer look at support heroes you’ll most likely encounter while completing challenges and quests in Cavern Crawl during Battle Pass 2022. Venomous Gale is an ability that lets Venomancer slow multiple enemies in a line for 15 seconds. It can deal initial damage of 125. Enemy units affected by Venomous Gale can take up to 105 damage every 3 seconds. It has a cooldown of 18 seconds and needs 125 mana.

Poison Sting is a passive skill that adds poison damage to Venomancer’s attacks. Opponents struck by Venomancer have their movement speed slowed by up to 14% for 15 seconds. Buying Orb of Corrosion for Venomancer gives you the chance to deal additional poison damage to your opponents. Orb of Corrosion will let Venomancer deal 3 damage per second, reduce armor of enemies by 3, and slow their movement speed for 3 seconds as a passive ability. The item can cost you 925 gold in the game.

Venomancer can summon Plague Ward at any location on the map. These Plague Wards have a HP of 450 and deal 40 damage per hit. It has a cooldown of 5 seconds and has a minor mana cost of 30 per ward.

Poison Nova is Venomancer's ulti. It deals damage to enemy units in a 950 radius for 20 seconds. While Poison Nova can deplete the health of your enemies yet the spell will not be able to kill them. Opponents affected by Poison Nova will be left with at least 1 HP if they are not in combat. It has a cooldown of 100 seconds and consumes 400 mana on use.

Urn of Shadows can significantly improve Venomancer’s abilities in battle. It costs 880 gold and provides 2 Strength, Agility, Intelligence, and armor to Venomancer. Urn of Shadows also provides 1.4 mana regeneration to its users.

Sange and Yasha can enhance the movement speed, attack speed, and status resistance of its users. It's a solid pick when you want to make Agility heroes more effective in battle. Venomancer can gain 16 Strength, 16 Agility, 20 status resistance, 12 attack speed, and 10 movement speed. Sange and Yasha will also amplify health regeneration and Lifesteal by 22%. It costs 4100 gold in the game.

Silver Edge is one of the most useful items that can be equipped for Venomancer. It provides 52 attack damage and 35 attack speed to Venomancer. You’ll need 5450 gold to buy Silver Edge. Venomancer can also use Shadow Walk with Silver Edge to become invisible for 14 seconds. Shadow Walk will allow Venomancer to push lanes without getting killed or being ambushed by enemy heroes. Ogre Magi is a support hero who can nuke enemy units and push lanes. He has base stats of 15 Intelligence, 23 Strength, and 14 Agility. The melee hero gains 2.5 Intelligence per level. He has a base movement speed of 290 and base armor of 6.3.

Multicast is Ogre Magi's ultimate ability. It passively increases his chance to cast spells multiple times on the target. A maxed out Multicast will let Ogre Magi cast his spells up to 4 times, exponentially increasing the damage dealt with Fireblast and Ignite.

Buying Dagon for Ogre Magi makes him a terror on the battlefield. Dagon requires 2700 gold. It will provide 6 Strength, 6 Agility, and 14 Intelligence to Ogre Magi. You can upgrade Dagon up to 4 times and increase the stats gained and the damage dealt to enemies using Energy Burst. Ogre Magi can use Energy Burst, the active ability of Dagon to deal 400 damage to opponents. Dagon can also activate Multicast, allowing up to 1600 damage at once using level 1 of Dagon.

Ethereal Blade is an item that can be used to amplify damage from magical spells. You’ll need to farm 4650 gold to equip Ethereal Blade on Ogre Magi. It will provide 25 Intelligence, 5 Strength, and 5 Intelligence to its users. Ethereal Blade will also amplify spell damage by 12%, spell Lifesteal by 24%, and mana regeneration by 75%.

You can use Ether Blast, the active ability of Ethereal Blade, to deal 1.5x of your Intelligence along with a base damage of 50 to opponents. Casting Ether Blast on enemies will make them immune to physical attacks and increase magical damage by 40% for 4 seconds. It will also slow their movement speed by 80%. You can use Fireblast and Ignite on targets affected with Ether Blast to get a higher chance of annihilating them with your spells. 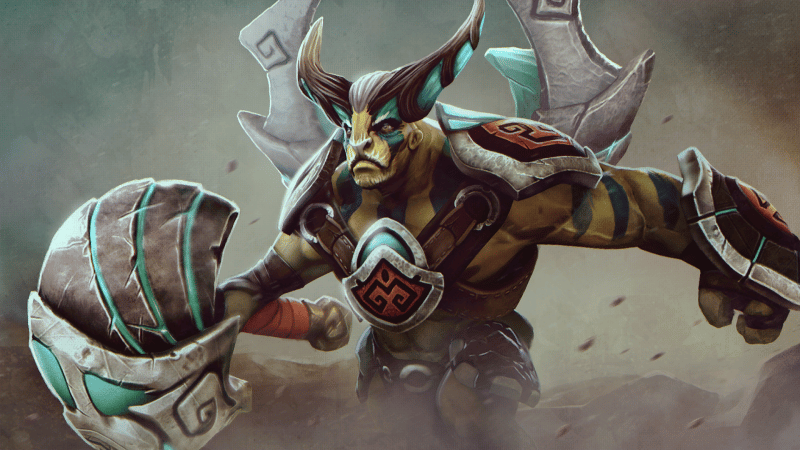 Elder Titan is a tank hero and a disabler. He can use his abilities to deal damage to multiple enemy heroes at once. He has a base HP of 720 and a base mana pool of 351. Elder Titan has base stats of 26 Strength, 23 Intelligence, and 16 Agility. He gains 3 Strength per level. The melee hero has a base movement speed of 310 and base armor of 2.7.

Echo Stomp can be used by Elder Titan to put enemy units to sleep for up to 5 seconds. It deals 150 damage and affects all units in a 500 radius. Echo Stomp has cast time of 1.7 seconds. It has a cooldown of 11 seconds and needs 100 mana.

Natural Order is an aura that reduces base armor and resistance by up to 100%. It affects all units around Elder Titan and his Astral Spirit in a 350 radius. You can use Earth Splitter, his ultimate ability, to deal 50% of your enemy’s max HP as damage to them. It also slows the movement speed of affected units by 50% for 5 seconds. Earth Splitter can pierce through spell immunity, has a cooldown of 100 seconds, and has a mana cost of 225.

You can purchase Blink Dagger for Elder Titan to close in on enemies in combat. Blink Dagger will cost you 2250 gold. It has a maximum range of 1200 and a cooldown of 15 seconds. You can upgrade Blink Dagger to Overwhelming Blink to deal a portion of his Strength as damage to his opponents. This means he can be crucial to earning treasure chests and Style Unlock Fragments in Cavern Crawl during Battle Pass 2022.

And remember with TI 11 right around the corner, you can get the latest Dota 2 betting tips here on ESTNN.