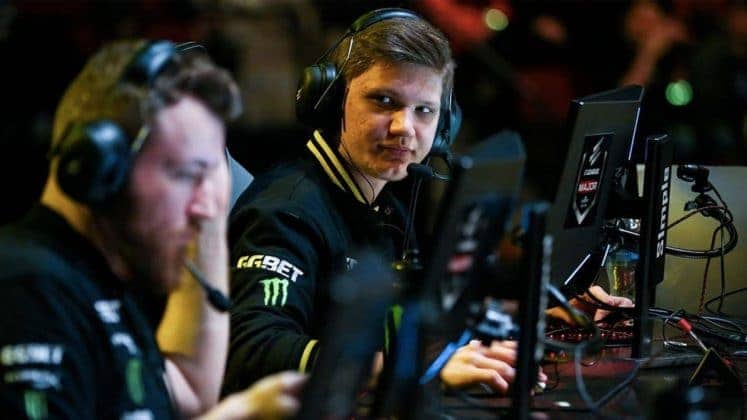 When we think about the best Counter-Strike players of all time, there is one name bound to come up: s1mple. The Ukrainian prodigy reached new levels in 2018, racing his way to the top of every player ranking – and breaking whatever records necessary to get there. Despite this dominance, there is one achievement he is yet to reach: a Major title, the one thing every CS:GO player yearns for. With StarLadder’s Berlin Major just around the corner, we have to wonder, when will his time come?

Aleksandr “s1mple” Kostyliev made his Major debut at DreamHack Winter 2014. Playing under the Hellraisers banner as a relatively unknown player, Kostyliev quickly built a reputation as a force to be reckoned with. The best-of-one GSL group stage system didn’t allow for much gameplay, but the team’s two wins gave viewers a taste of the skill s1mple brought to the table.

Kostyliev put himself on the map when he dropped nearly 30 kills to guarantee Hellraisers a win over Fnatic, the best team in the world and heavy favorites to win the whole tournament. Despite being an unknown quantity going into DreamHack Winter, Hellraisers managed to top their group and secure a quarter-finals appearance. Falling to Ninjas in Pyjamas in the quarter-final may have been the expected result, but s1mple’s performance here was only the beginning. S1mple left that event with a 1.12 rating, one of the top-15 players of the tournament. The Ukrainian phenom’s next showing at a Major takes place two years after his debut in 2014. While bouncing between various CIS teams, Kostyliev found himself playing alongside Spencer “Hiko” Martin at ESWC 2015. It was here that Martin and Kostyliev would first play together, and where Martin would realize the immense potential Kostyliev held. Fast forward to February 2016, where then-18-year-old s1mple joined Hiko on one of North America’s best teams – Team Liquid.

The next Major, MLG Columbus, was just over the horizon, and s1mple was prepared to take North American Counter-Strike to new heights. A roster bolstered by now-iconic names like Nick “nitr0” Cannella and Jonathan “EliGE” Jablonowski looked poised and ready to make a name for themselves in Columbus. Liquid dispatched their group with ease, taking down FaZe Clan and Fnatic to secure a top-8 placing. Their quarter-final opponent, CLG, proved to be no match for them, sending Liquid to the semi-finals.

Here they would meet eventual champions Luminosity, and here their Major dreams would come crashing down around them. In shocking fashion, s1mple and co. were sent home. S1mple’s 1.24 rating – which placed him as a top-5 player at the event – was not enough to push them forward. Maybe next time.

Another Shot With Liquid

Inner turmoil resulted in Kostyliev leaving Team Liquid shortly after MLG Columbus. He would later stand-in for them for 2016’s second Major, ESL One Cologne. With the team revitalized by s1mple’s return, fans were ready to see Team Liquid reach a new level in Germany. Liquid’s group stage saw them first take down Team EnVy, who were sat as the sixth-best team in the world. Liquid next fell to Virtus.pro before defeating mousesports to secure quarter-finals.

Play-off opponents Natus Vincere and Fnatic served no test for Liquid. After them, they raced off to meet SK Gaming, the best team in the world, in the Grand Final. Marcelo “coldzera” David showed precisely why he was the best player in the game, and SK Gaming defeated Team Liquid in an uneventful 2-0. A spot as the eighth-highest rated player of the tournament would have to suffice for now, as Kostyliev ended the event with a 1.18 rating. No Major victory this time.

Kostyliev once again returned home after Cologne, the feeling of being so close yet so far surely weighing on his shoulders. In August of 2016, he would replace Danylo “Zeus” Teslenko on Natus Vincere, and begin a new chapter in his CS:GO career. Though, that new chapter wouldn’t bring success right away. Eleague Atlanta, 2017’s first Major, gave fans hope as NaVi cruised through the group stage 3-0 before falling to eventual champions Astralis in the quarter-final.

The team did find something resembling structure before the next Major, PGL Krakow, but brute strength and sheer force of will were not enough to power NaVi through the event. They bowed out of the tournament in the group stage – the first time the organization had done so since EMS One Katowice 2014. The latter half of 2017 would see NaVi bring back Zeus and add promising young rifler Denis “electronic” Sharipov. New-look NaVi had a lot to prove going into 2018. 2018’s first Major brought the best CS:GO teams in the world to Boston, Massachusetts. NaVi went into the event ranked at 14, though fans expected more from the new and improved roster. Electronic wasn’t yet reaching the heights we would come to know him for, but NaVi’s top-four placing in Boston gave a taste of what the future had in store. S1mple’s 1.23 rating here was only the beginning of what he would accomplish in 2018.

NaVi didn’t start taking home trophies immediately. In fact, they didn’t win a big LAN event until May, with StarSeries Season 5. That victory would kick off a streak of three back-to-back event wins, culminating in a victory at ESL One Cologne. Despite this exceptional run of form, the upcoming FACEIT London Major looked out of reach for NaVi – and everyone else. Astralis’s reign of terror was well underway, and no team had been able to challenge them consistently. NaVi went into 2018’s second Major as the second-best team in the world, but not even the formidable duo of s1mple and electronic was enough for them to lift the trophy. NaVi lost in the Grand Final and had to sit back and watch Astralis get the glory. Maybe next time would be their turn.

MORE FROM ESTNN
CSGO: dev1ce to Return to Astralis

2018 ended with Astralis still on top, and with Liquid taking over as second best. Even with the Danes’ dominance, Kostyliev had topped half the statistical leaderboards and had been named as the player of the year. He had garnered a 1.33 LAN rating for the year, well above any other player in the professional scene. But still, no Major win. IEM Katowice brought a lot of the same from the previous year. Astralis was still the best, Liquid still second, and NaVi still third. NaVi made playoffs with relative ease and took down FaZe Clan to secure themselves a semi-final spot. Most expected that ENCE’s upset victory over Team Liquid would only help NaVi’s run to the final. But expectations don’t often predict reality. One of the best matches of the year saw ENCE defeat NaVi in yet another upset. Kostyliev was the second-highest rated player of that event, but it still wasn’t enough. Another disappointment, another loss, another heartbreak. Still no Major in s1mple’s trophy case. Maybe next time.

The second Major of 2019 is about to get underway, and NaVi looks to prove themselves once again. The roster has been revamped with Kirill “Boombl4” Mikhailov coming in to replace Ioann “Edward” Sukhariev. The team’s lighter event schedule hasn’t allowed fans to see much from them this year, though s1mple’s Twitch stream seems to be a bottomless pit of highlight clips. Kostyliev continues to top leaderboards and prove himself as worthy of any accolades that could be sent his way. Now ranked as the fifth-best team in the world, NaVi looks towards Berlin with one goal in mind: win. And, with s1mple more ready than ever, maybe this is the time.