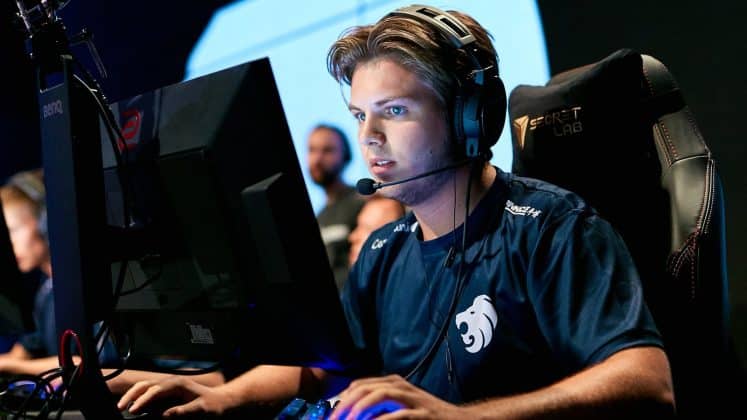 After taking leave in May, Kjaerbye now searches for a new home.

North and Markus “Kjaerbye” Kjærbye have mutually decided to part ways, the Danish esports organization announced today. The 22-year-old has not played with the team since May, when he stepped away from competitive play due to illness.

Today Markus and North have decided to part ways. A true legend in and out of the game. We wish you nothing but the best!

*Disclaimer: No Kjaerbyes were harmed in the making of this fictional piece. pic.twitter.com/rY6TSS1ixI

Kjaerbye first signed with North in February of 2018 following a two-year stint with Astralis. Under the Astralis banner, Kjaerbye became the youngest player to win a CS:GO Major, taking home the trophy at the Eleague Atlanta Major in 2017.

After linking up with North, Kjaerbye placed first at DreamHack Open Tours and later bested his former teammates to win DreamHack Masters Stockholm. The team’s form fell as they were eliminated during the Challengers Stage at the FACEIT London Major shortly after.

Following multiple roster changes, North managed a 3-4th place finish at the ECS Season 6 Finals and a win at the GG.BET ICE Challenge 2019. The team found occasional top finishes throughout 2019, including a win at DreamHack Open Sevilla.

Prior to the start of ESL One: Road to Rio, North announced that Kjaerbye’s place would be temporarily taken by coach Jimmy “Jumpy” Berndtsson due to an illness. The team has since played with Kristoffer “kristou” Aamand while Kjaerbye has been on extended leave. Today the organization revealed they have mutually agreed with Kjaerbye to part ways entirely.

“It is with [a] heavy heart that we say goodbye to Kjaerbye,” says North Performance Manager Christian Engell. “He is, at his best, not only one of the best in the world, but also a great teammate and an inspiring colleague.”

“I’ve been really happy at North, but it has also been a bumpy road with many changes, and I feel that this break has made me see more clearly,” Kjaerbye says. “Currently, I still need some time, but I know I’m far from done with CS. This is what I know, and I look forward to my next adventure.”

It is still unknown where Kjaerbye will play next. North is not currently scheduled to compete in any upcoming events.