Ex-professional Counter-Strike player Robin “Fifflaren” Johansson accused his former organization Ninjas in Pyjamas of withholding prize money and the mistreatment of players on The Richard Lewis Show earlier this week. Fifflaren was a member of the legendary from 2012 to 2014 and was a part of the roster during the time that NiP dominated the early days of CS:GO.

During the early era of Global Offensive, Ninjas in Pyjamas dominated the scene – winning multiple top-tier tournaments throughout 2013 and 2014. It was during this time that they amassed a staggering 87-0 map win streak, a record that remains unbroken to this day. 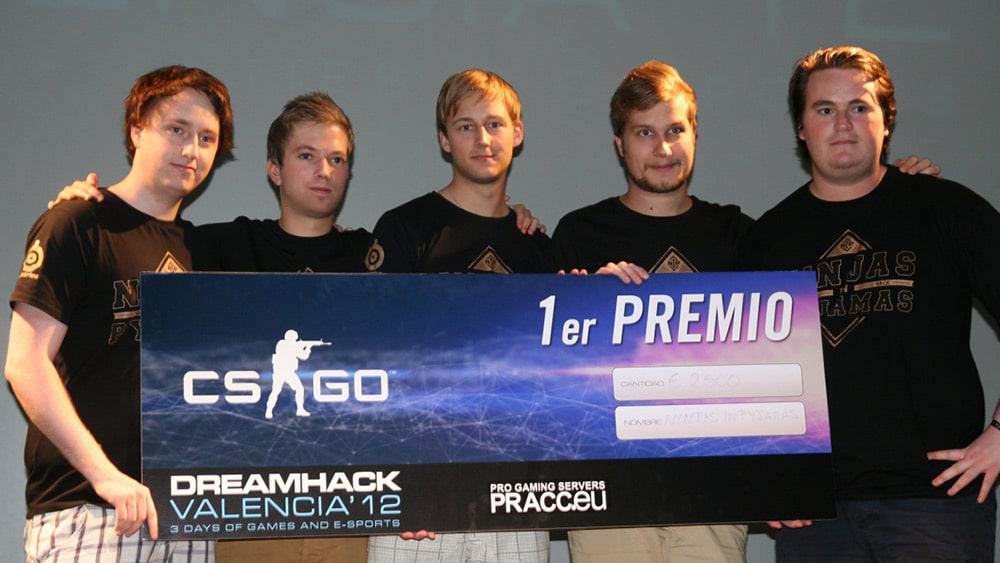 A time meant to be filled with excitement and motivation was instead filled with anxiety as Johansson states that he was left with $3,000 USD in his bank account at the end of 2013. Fearing even more financial uncertainty and potential tax fraud, he and his teammates decided to stick with the organization through the following years. He states that the only prize money he received in 2013 came from Dreamhack Winter, only because the tournament organizer paid the players directly.

After some calculations, Johansson came to the conclusion that NiP owes his former teammates and himself tens of thousands of dollars. The Swede recounted the day the team was called into the NiP offices, only to hear that then-CEO Niklas Fischier had “fled to Thailand” with the money they were owed. Six years later, that money is still nowhere to be seen.

Johansson's accusations of poor management didn’t only concern the prize money, as the team’s contracts also featured some exploitive clauses. The contracts allegedly included a stipulation stating NiP was allowed to fire the players at any time. Additionally, Johansson said their contracts prevented the players from having a girlfriend without first getting permission from the organization. NiP allegedly reasoned this by saying they were concerned that players’ focus would drift away from Counter-Strike should they get involved in a relationship.

The former Ninjas in Pyjamas players weren’t the only ones being affected by the organization’s practices. Prominent CS:GO commentator Anders "anders" Blume was also involved with NiP during this same time, headlining their NiPTV livestreams. Johansson and Lewis speculate that Blume was also underpaid by the organization. Anders later addressed this on Twitter, stating that he had a lot of stories, but did not confirm Johansson's accusations. He goes on to say that he and Richard Lewis will be “having a talk soon,” so we can expect more information to come to light on this story in the near future.

A number of community figures and professional players have come forward to share their stories following this discussion. This includes former Ninjas in Pyjamas member Mikail “maikelele” Bill who stated on Twitter that the old NiP CEO told him he would receive less sticker-sale money during Dreamhack Winter 2014 because he was the newest player. Lewis and Johansson also speculated on stream that the organization is pressuring legendary Counter-Strike player and current NiP member Christopher “GeT_RiGhT” Alesund into retirement.

I remember after attending Dreamhack 2014 major with NiP, the old CEO told me I shouldn't get as much stickers money as the rest because I'm the new boy. Back then I accepted it because it was my first pro team and felt like I didn't have to much to say about it.

Alesund is yet to come forward with any information on the organization or their practices. Teammate Patrik “f0rest” Lindberg and Alesund have been on NiP’s starting roster since September of 2012. Alesund's future with the organization is currently unclear, but rumors have pointed towards the long-time NiP player retiring after StarLadder Berlin Major coming up in August.

Image VIA: Gamespot and Dreramhack