Take a look at the best tank heroes in 7.32c to help you improve your chances of winning the game.

Dota 2 has been keeping players on their toes with the recent updates. The launch of 7.32c for the strategy game has fixed various bugs and tweaked several gameplay mechanics for heroes to enhance the experience for its online community.

From increasing the attack speed provided by neutral items such as Dagger of Ristul to adding damage dealt by spells like Ravage, there are quite a few changes made in 7.32c. If you prefer playing the tank role for your team, you need to choose these heroes in 7.32c for a better shot at victory in your matches. Axe is a tank hero who can force his enemies to attack him in battle. The Strength hero is highly durable with a base HP of 700 and base mana of 291. The latest updates included with the release of 7.32c have increased the base damage of Axe by 3.

The melee hero has an updated base attack damage of 55 – 59 in the game. You can purchase a Quelling Blade at the start of the game to get more last hits while farming in the lane. Many people who pick Axe level up Battle Hunger before any other skill. Battle Hunger lets you slow the movement speed of enemies by 11% at level 1.

You can max out Battle Hunger to increase the slow from 11% to 35% in the game. The movement speed slow from Battle Hunger can be increased by reaching level 15 through the Talent Tree. The 7.32c patch has increased the Battle Hunger slow boost from 10% to 12% that can be unlocked at level 15.

Players can buy a Blink Dagger for Axe to enter battles. Axe can blink in and use Berserker’s Call to force multiple enemy units to attack him for up to 3.2 seconds. Berserker’s Call will also provide a bonus 25 armor to the Strength hero. You can equip Vanguard and Blade Mail to further enhance the tanking ability of Axe in Dota 2.

Slardar is a melee hero with the ability to bash his opponents to their death. The 7.32c update for the Strength hero has increased the duration of the stun from Bash of the Deep from 1.0/1.1/1.2/1.3 seconds to a constant 1.3 seconds.

Echo Sabre provides 15 attack damage, 13 Strength, 10 attack speed, 10 Intelligence, and 1.75 mana regeneration to its users. Slardar can strike his opponents with a double hit that also slows their movement speed by 100% for 0.8 seconds with Echo Sabre equipped in his inventory.

You can buy Phase Boots for Slardar to help him chase enemies during fights in Dota 2. Phase Boots will cost you 1500 gold and provides 45 movement speed to its users. Slardar will also gain 18 attack damage and 4 armor from Phase Boots. Night Stalker is a Strength hero feared by his opponents. Dota 2 players pick Night Stalker to hunt for blood at night. The melee hero can manage to track down his enemies and silence them before obliterating them with his abilities.

Hunter in the Night is a passive ability that grants up to 40% movement speed and 80 attack speed at night. Balanar can gain 15% Status Resistance at night after reaching level 15 through the Talent Tree. It also provides an additional 100 attack speed at level 25.

Items such as Maelstrom, Desolator, and Abyssal Blade are a good fit for Night Stalker. The increased attack speed and movement speed lets Balanar wreck enemy heroes at night with these items.

Maelstrom can be used to passively release a bolt of lightning that deals 140 magical damage to enemy units. Desolator can be used to reduce the armor of your opponents during battles. Night Stalker can use Abyssal Blade to bash his enemies and deal bonus damage.

His ulti, Dark Ascension, allows Night Stalker to instantly turn day into night in the game. Dark Ascension provides 150 bonus damage, unobstructed vision, and flight during the night. It lasts for up to 30 seconds and consumes 225 mana to be used. The recent release of 7.32c has decreased the cooldown of Dark Ascension from 150/140/130 seconds to 140/135/130 seconds.

Night Stalker can silence enemy units around him in a 375 radius during the night using Crippling Fear. The effects of Crippling Fear can last for up to 6 seconds. It has a cooldown of 15 seconds and needs 50 mana to be cast in the game.

He can use Void to deal 320 damage to enemy units. Void also slows the movement speed and attack speed of the targeted enemy for 4 seconds at night. It also interrupts channeling abilities by stunning the targeted unit for a second. You can add 50 damage to Void at level 10 through the Talent Tree. Pudge is a durable tank hero who can isolate enemy heroes to destroy them before they get a chance to retaliate. The Strength hero has a base HP of 700 and base mana of 267. He gains 3.0 Strength per level in the game.

The melee hero has a base attack damage of 70 – 76, giving Pudge the advantage in lanes while taking the last hits. He can grab enemies with his Meat Hook from hidden locations on the map. Meat Hook has a cast range of 1300 and deals 360 Pure damage to enemies. It has a cooldown of 12 seconds and needs 110 mana.

You can increase the damage dealt by Meat Hook and reduce its cooldown through the Talent Tree. The 7.32c update has decreased the spell Lifesteal from 10% to 8%. Pudge also gains Strength every time he kills a hero or when an enemy hero dies near him. Wraith King can stand his ground as a tank hero and carry the team to victory with his fighting prowess. He has a base HP of 640 and base mana of 291. The Strength hero has base stats of 22 Strength, 18 Intelligence, and 16 Agility. He gains 3.0 Strength per level and has a base movement speed of 315.

The melee hero can summon Skeletons to fight by his side with the ability Vampiric Spirit. Wraith King gains a charge for Vampiric Spirit every time he kills an enemy unit. He can gain a maximum of 8 charges and the Skeletons last for a duration of 40 seconds. The 7.32c update has increased the attack damage of Skeletons from 24 to 26.

Wraith King’s ulti, Reincarnation, allows him to resurrect himself after 3 seconds of being killed in battle. He regains full health and mana after being reincarnated, making him an incredible tank hero in Dota 2. He can nuke enemy heroes with Gush to deal 260 damage every 12 seconds in the game. It reduces the armor of opponents by 6 and requires 115 mana to be cast. It also adds a debuff on enemies. The debuff duration from Gush has been increased from 4 seconds to 4.5 seconds in 7.32c.

You can increase the damage dealt from Gush by 120 at level 15. Kraken Shell allows Tidehunter to block up to 70 damage. It removes negative status effects after absorbing 450 damage every 7 seconds. Kraken Shell can turn Tidehunter into a mighty tank hero in the game.

Ravage, Tidehunter’s ulti, can be used to stun all enemy units for 2.8 seconds in a 1250 radius around him. The 7.32c update has increased the damage dealt by Ravage from 200/300/400 to 250/350/450. Get yourself a Blink Dagger while playing Tidehunter to enter a fight and stun them with your ulti to gain the upper hand in battles.

Find more game guides and esports news, and the latest Dota 2 betting tips, only on ESTNN. 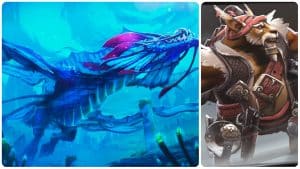 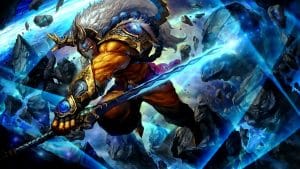 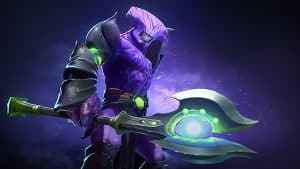