You can take a look at these Weekly Quests in Dota 2 to help you win more battle points with the Battle Pass 2022.

There are several reasons why people are rushing to start a new game in Dota 2 this festive season. Players with the Battle Pass 2022 can play more matches and earn battle points to unlock amazing rewards. The Ageless Heirlooms 2022, the Battle Pass Collection 2022, and the Immortal Treasure II 2022 are a few of the treasures that can be yours by leveling up faster.

These treasures include the Howls of the Northmarch set for Anti-Mage, the Heat of the Sixth Hell set for Doom, and the ultra rare Bloodfeather Finery set for Queen of Pain. Each week, Dota 2 provides a couple of challenges that you can attempt to win bonus battle points.

You can celebrate the festive season by taking part in Diretide matches with the Battle Pass 2022. Diretide is a new game mode that lets players attack Greevils to collect Taffy. You can score the Taffy collected in your enemy wells.

Roshan will pop out of his pit once every few minutes in Diretide games to destroy the well with the most Taffy in it. Each team has 4 wells to defend and the first team to lose all 4 wells to Roshan will lose the Diretide match.

You can complete challenges in Cavern Crawl to unlock mythical sets for Juggernaut, Slardar, and Crystal Maiden. People can also win Dota 2 matches with Cavern Crawl heroes to earn thousands of battle points.

You can level up quickly by finishing Weekly Quests and Cavern Crawl challenges with the Battle Pass 2022. Here are a few Weekly Quests that will definitely provide more battle points for you in Dota 2.

New Queue For You - Play 15 matches 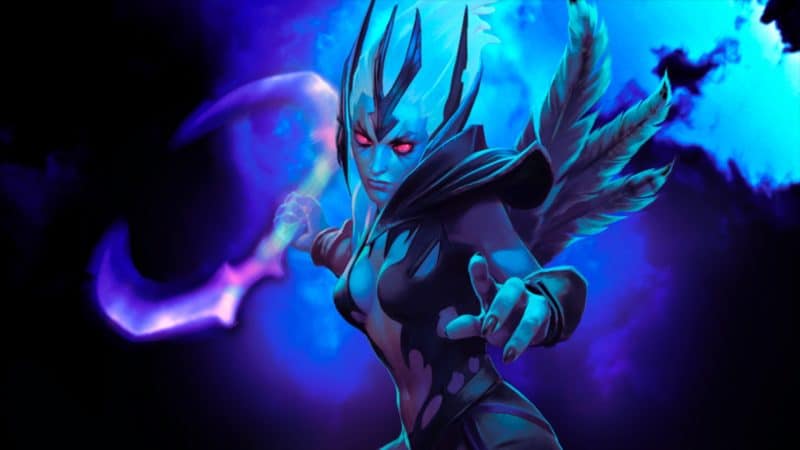 Vengeful Spirit is a versatile support hero in Dota 2. She can use Magic Missile to stun enemy heroes in battles and nuke enemy creeps with Wave of Terror to weaken them while pushing lanes. The Agility hero can use her ulti to prevent opponents from running away from team fights.

The ranged hero has a base HP of 580 and a base mana pool of 303. Vengeful Spirit has base stats of 20 Agility, 19 Intelligence, and 19 Strength. She gains 3.2 Agility per level. Vengeful Spirit can take the off lane since she has a base armor of 3.3, allowing her to kill enemy creeps without taking a high amount of damage.

Players can use Magic Missile to interrupt enemy heroes while channeling their spells. Enemy units affected by Magic Missile are stunned for up to 1.7 seconds and take 360 damage. Magic Missile has a cast range of 650. It has a cooldown of 9 seconds and consumes 130 mana.

Vengeful Spirit has a projectile speed of 1500, providing adequate speed to launch Magic Missiles at enemies to stun them in battles. The increased projectile speed also helps her cast Wave of Terror to pierce the armor of enemy creeps in lanes.

The Agility hero can release a Wave of Terror to decrease the armor of creeps and enemy heroes by 6 for 8 seconds. It deals 130 damage to all enemy units in front of Vengeful Spirit and provides vision for 4 seconds. Wave of Terror has a cooldown of 10 seconds and requires 40 mana.

Her ulti, Nether Swap, can be used to swap positions with an ally or an enemy unit. You can switch positions with any of your teammates or an opponent within a distance of 1100. Allied units who are swapped using Vengeful Spirit’s ulti take 50% less damage for 3 seconds, making it harder to kill them in battle. Nether Swap has a cooldown of 30 seconds and needs 200 mana.

Vengeful Spirit can become a threat to her opponents after equipping her with Medallion of Courage. She gains 5 armor and 1.5 mana regeneration by purchasing the item. You can cast Valor on allies and enemies by using Medallion of Courage. Valor reduces the armor by 5 of Vengeful Spirit and the enemy unit it is cast on. It can also be used on allies to increase their armor by 5. Valor has a cast range of 1000 and lasts for a duration of 12 seconds.

You can cast Valor on enemy heroes right after using Nether Swap to make them vulnerable to physical attacks. Vengeful Spirit can cast Magic Missile and Wave of Terror after swapping enemy heroes to stun them before they can escape from battles.

Players can get more kills and assists with Vengeful Spirit by equipping Dagon in her inventory. Dagon can be used to deal burst damage, instantly killing enemy heroes after being stunned by Magic Missiles. A level one Dagon can deal 400 damage to an enemy unit in a 700 radius. You can upgrade Dagon up to level 5, dealing up to 800 damage in battles.

You can gain a charge for Soul Release every time an enemy hero dies within 1400 radius of Vengeful Spirit. Soul Release can also be used to deal 35 damage per second (DPS) for 8 seconds to enemy heroes. Items like Spirit Vessel and Dagon can be your greatest assets while playing Vengeful Spirit to earn more stars for the New Queue For You Weekly Quest. 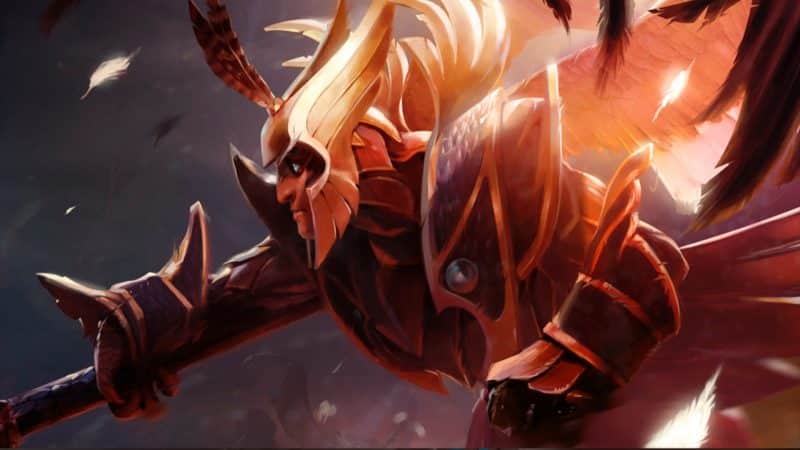 Skywrath Mage is an Intelligence hero who can eliminate enemy heroes within seconds. His spells are potent and can take out tank heroes and carry heroes before they have a chance to fight back. He can cast multiple spells to drain the health of his enemies and silence them during crucial moments in the game.

The Intelligence hero has 620 HP and 375 mana at the start of the game. He has base stats of 25 Intelligence, 21 Strength, and 13 Agility. Skywrath Mage gains a massive 4.1 Intelligence per level. He has a base movement speed of 325, that lets him chase enemy heroes across the map in Dota 2.

You can cast Concussive Shot to slow down opponents in battles. Concussive Shot can be used to deal up to 300 damage to an enemy unit and slow their movement speed by 40% for 4 seconds. It has a cooldown of 12 seconds and requires 95 mana.

His ulti, Mystic Flare, can fry enemies within seconds of being cast. Mystic Flare can be used on a target location to deal up to 1600 damage in less than 2.2 seconds. Skywrath Mage’s ulti affects a radius of 170. It has a cooldown of 20 seconds and consumes 800 mana in the game. You can reach level 25 to deal an additional 450 damage with Mystic Flare.

Rod of Atos is the most appropriate item for Skywrath Mage. Many people have won tons of games as Skywrath Mage while using Rod of Atos. The item lets you cast Cripple to root enemy heroes for 2 seconds. Cripple has a cooldown of 18 seconds and consumes 50 mana. Skywrath Mage can use Rod of Atos before casting Mystic Flare to gain more kills in Dota 2 matches and earn more stars for the New Queue For You Weekly Quest during Week 15.