These are the best carry heroes in Dota 2 you can play to win more Diretide matches with the Battle Pass 2022.

Part II of the Battle Pass 2022 has introduced Diretide, a new seasonal game mode that lets players team up and fight each other and help Roshan destroy enemy wells. People can choose their favorite heroes while competing in Diretide to collect Taffy from Greevils that are found on the map.

Each team has 4 wells in Diretide mode. The Taffy collected from Greevils can be scored in enemy wells. The well with the most Taffy will be attacked by Roshan every few minutes. The first team to have all 4 of their wells destroyed by Roshan will lose the Diretide match. Take a look at the best carry heroes you can play to win Diretide games with the Battle Pass 2022. 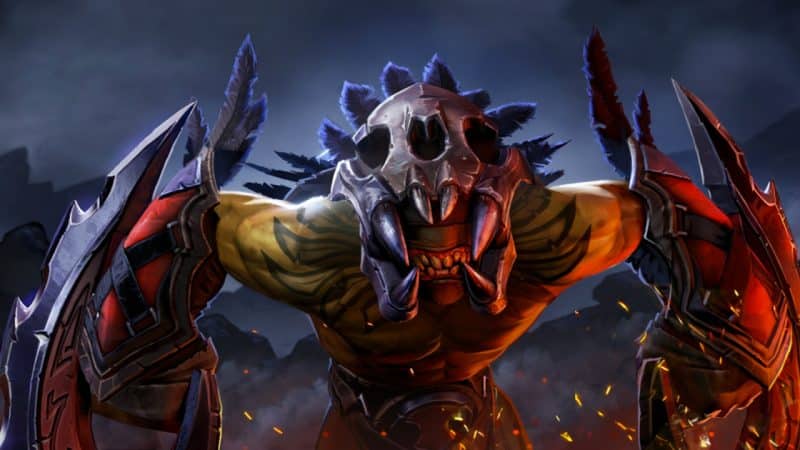 Bloodseeker is an Agility hero who can use his abilities to silence enemy heroes and prevent them from moving. He can get multiple kills using his attack speed to take out enemy heroes before they can manage to gain the upper hand in Diretide matches.

Bloodseeker has a base armor of 5.7 that lets him take hits from enemy heroes and creeps without getting killed in battles. You can purchase a Wraith Band for 505 gold right after spawning into the Diretide match. Bloodseeker will gain 6 attack speed, 5 Agility, 2 Strength, 2 Intelligence, and 2 armor by equipping Wraith Band. You’ll have a ton of gold left to purchase consumables like Healing Salves and Enchanted Mangoes with the rest of the gold at the start of the game.

The melee hero can take a level of Thirst early in the game. Bloodseeker will be able to regenerate health after fighting Greevils and enemy heroes with Thirst. Level 1 of the passive ability will let Bloodseeker regain up to 10% of the health of the enemy hero and 11% of the health of enemy creep after killing them on the map.

Bloodseeker will gain vision and True Sight of any enemy hero who has less than 25% of health with Thirst. He will also be provided with bonus movement speed that will allow Bloodseeker to chase weakened enemy heroes by leveling up Thirst in Diretide matches.

You can farm gold at a much faster rate in Diretide matches compared to Dota 2 games. You can use the bonus gold to get early items for Bloodseeker to dominate most Diretide games with the Battle Pass 2022.

Blade Mail can make a significant difference to Bloodseeker. The melee hero will be provided with 28 attack damage and 6 armor with Blade Mail. The item costs 2100 gold in the game. Bloodseeker can use Blade Mail to return up to 80% of all incoming damage for up to 5.5 seconds. Blade Mail has a cooldown of 25 seconds and requires 25 mana. Bloodseeker has a higher chance to survive battles in Diretide matches by equipping Blade Mail.

You can purchase Maelstrom to gain 24 attack damage. Maelstrom gives Bloodseeker a 30% chance to release a bolt of lightning that deals 140 damage to multiple enemy units in a 650 radius. The item costs 2700 gold in the game. You can upgrade Maelstrom to Mjollnir later in the game.

His ulti, Rupture, can be used on enemy units to prevent them from fleeing battles during Diretide games. Rupture can deal up to 55% of the distance moved as Pure damage to enemy units after being affected by Rupture. Bloodseeker’s ulti has a cast range of 800 and lasts for up to 12 seconds. Rupture has a cooldown of 70 seconds and consumes 200 mana. 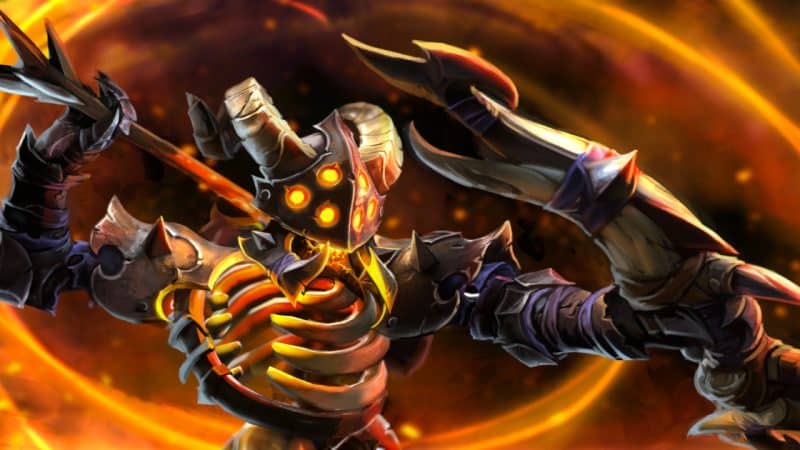 Clinkz is an Agility hero who can turn invisible to avoid taking damage in Diretide games. The ranged hero can roam the map without being detected to collect Taffy from Greevils. His abilities can be used to strike multiple enemy units at once, letting him score more Taffy that can be deposited in enemy wells.

You can buy a Bracer for Clinkz to increase his health in Diretide matches to help him survive longer during the first few minutes of the games. Bracer can be bought for 505 gold in the game. Clinkz gains 5 Strength, 2 Agility, 2 Intelligence, 2 attack damage, and 0.75 health regeneration by equipping Bracer.

Falcon Blade can be purchased for 1125 gold in the game. The item will provide 200 health, 14 attack damage, and 1.8 mana regeneration for Clinkz. Falcon Blade will help Clinkz regenerate mana to use his abilities constantly in Diretide games.

Take at least one level of Skeleton Walk early in the game to prevent Clinkz from dying. Skeleton Walk can be used to turn the Agility hero invisible and gain bonus movement speed for 25 seconds at level one. You can increase the duration of Skeleton Walk to 40 seconds after maxing it out. Clinkz will lose his invisibility after using spells or attacking enemy units. Skeleton Walk has a cooldown of 17 seconds and consumes 80 mana.

Searing Arrows provides a bonus damage of 60 per hit to the ranged hero. Clinkz requires 10 mana per attack while Searing Arrows is turned on. You can use Searing Arrows to kill more Greevils and destroy Guardians of the enemy wells.

You can purchase Daedalus to increase the attack damage of Clinkz. The Agility hero gains 88 attack damage by purchasing Daedalus. Each physical attack from Clinkz has a 30% chance to deal up to 225% critical damage. Daedalus costs 5150 gold in the game.

Bloodthorn can be used to silence enemy units. The item provides 60 attack speed, 50 attack damage, 25 magic resistance, 20 Intelligence, and 5 mana regeneration. Clinkz can use Bloodthorn to silence his enemies for up to 5 seconds. Silenced enemies will take up to 30% more damage from incoming attacks. Bloodthorn has a cooldown of 15 seconds and requires 100 mana.

You can get the latest Dota 2 betting tips, only on ESTNN.