The new season is fast approaching, the Apex Legends Season 16 leaks point towards big changes for the game this year!

We’ve already got loads of details about what might be coming next for the Battle Royale with Apex Legends Season 16 leaks. We’ve got information on Legends in the works, other features coming, adjustments to existing characters, LTMs and more. After a bit of a lacklustre Season 15, expectations seem high for 16 to be a return to form.

The last season of Apex had some problems. In the Season 15 patch notes we got a new Legend, but something was missing. We didn’t get a big change to any existing Legends. While we had one new, the existing Legends remained completely static. This kept the meta for the game pretty dull. Not much changed between the characters outside of interactions with a new Legend. This calls for change next Season in Apex. Big changes.

The balance between characters is expected to be upended with the next Season. Apex Legends Season 16 leaks are currently looking like there are a lot of alterations, particularly to the existing characters and meta. We look to be getting new forms for character classes and perks for each existing Legend. We’ve also got our first look at an upcoming Legend, but no confirmation on the timing. It’s a bit up in the air at the moment, but we have plenty of hints from the Apex Legends Season 16 leaks.

This is what we know about the new season so far and beyond. 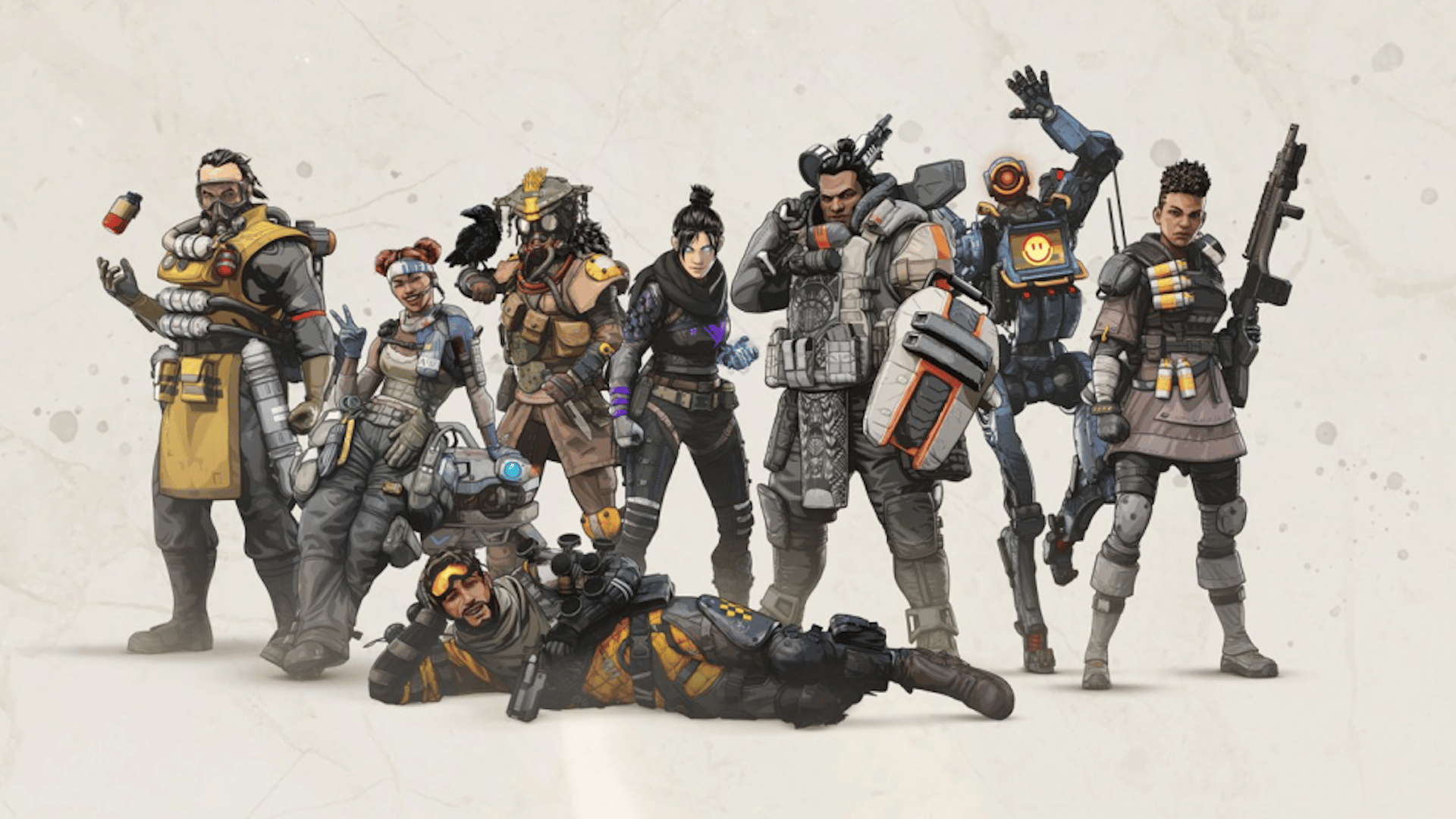 One big difference for the upcoming season might be the lack of a new Legend in the game. Every Season since launch has seen a new one added in. This is usually the centre point of the new content with everything geared around them. Nothing brings players back in like a new character. So why is it possible it’s being skipped this time?

Apex Legends Season 16 leaks currently point towards next season being our first Legendless one. We might not be getting a brand-new Legend. This could be to address some of the concurrent problems with the game’s system and give some breathing room to the roster. With so many Legends coming Season to Season, we’ve now got loads. Enough that whole characters in the Apex Legends Tier List feel pretty outdated and in need of some care.

Taking a Season off from the Legend-to-Legend gameplay cycle might be healthy for the game. We could get much-needed reworks and improvements for existing characters. Alongside that, there are bigger changes to the Legends system coming.

Having this season be Legend-less can help ease the changes in. If existing characters and a class system are being introduced or majorly changed, even the oldest characters might start to feel fresh again.

Although, while that’s one idea for what might be coming with the Apex Legends Season 16 leaks, others have suggested a new Legend is still in the works. We’ve got some decent ideas about the next one up, Ballistic. Presumably to be added in the season after next, or potentially sometime later in Apex Legends Season 16. Ballistic is a new Legend who has been found in the game and looks like the character most likely to be coming next. The character has been described as having a bullet that forces enemies to put their guns away. It seems like Ballistic would be a hero built around guns. They’re even able to improve on the weapons of their teammates. You’ll have greater access to firepower yourself, and impact the weapons of opponents to change the flow of battle.

Significant details on Ballistic have leaked so far, including a video of the character in action. We’ve also got a decent idea of abilities. Although, abilities are usually pretty open to change as the game gets worked on with some majorly changes between leak and reveal in the past. At the moment though, these are the Apex Legends Season 16 leaks for Ballistics’ abilities:

This is a passive ability that gives Ballistic an extra ability at all times. This is a weapon sling that he carries. It lets you carry a third weapon. This weapon can’t take attachments, but it works otherwise. You can carry an extra weapon which you wouldn’t normally have space more, expanding gameplay quite a bit if you like to keep the guns varied. Why choose between a Sniper and utility anymore?

No attachments aren’t the worse downside, especially when you can pick and choose what goes in this slot. The ability would also tie in with the upcoming class and perks that are going to be added that would give Ballistic more access to weapons.

This is a projectile that Ballistic can fire with unique effects. When you hit enemies, it deals a special debuff to enemies. Players lock onto enemies and the projectile has aim assist that can help you ensure you’re not wasting an ability on a bad shot. If it hits an enemy, their gun will overheat making it unusable and damaging the players too.

This is the ability that was referred to by leakers as being useful for getting opponents to switch up with guns they have it. It could have great tactical use in gameplay. You could either force opponents to pause or get them to switch a weapon out. For up-close gameplay, this could be an easy kill.

The Ultimate for Ballistic looks like one that gives an overall buff. It’s a thing you lay down which then affects your whole squad. Their weapons get improved, there are faster reloads, increased movement speed, and infinite ammo.

Ultimates like this are great because they benefit everyone. All players on the team get a similar buff, so you can make a huge difference in team fights. The exact details of the buff could change through development though.

Those are some of the biggest ideas about this new character, according to the Apex Legends Season 16 leaks so far. Although, everything is up for debate until a Legend actually makes it into the game itself.

Some leakers might have had differing opinions on the release of Ballistic though. The whole idea of no Legend might push Ballistic into Season 17. It just depends on how the game plays out.

One big factor in the Apex Legends Season 16 leaks is character changes. The last season saw no Legend changes at all. We’re frankly overdue. It looks like that is all finally coming with the Apex legends Season 16 leaks. These are some of the changes that leakers have been talking about confidently so far.

These changes look set to define new classes for each of the Legends. These will give each of them even more abilities which are unique to their role, helping players to specialise. Each of the classes comes with its own perk. This gives them a clearer role and more abilities without overloading individual Legends. According to Apex Legends Season 16 leaks, Assault Class gets a new red bin along with getting extra ammo inventory space. This will allow the team to focus on damage and staying equipped to keep dealing maximum damage all game. Defence-style legends are getting moved over to Control. This is going to be built around holding areas from enemies and locking a space in the game down. Some characters already have this style of ability. However, giving them a more defined role is going to help. It’ll be a fun way to add more crowd control and zoning powers to some characters in the game.

These will be Legends like Caustic, Rampart, Catalyst, and Wattson. Newcastle and Loba are supposed to be moved over to the Support or Team Player class. These will have abilities that can help with healing. Along with getting them back into the action properly. These will likely have healing and mobility options.  Other characters will be in here too, like Horizon, Wraith, and Octane. 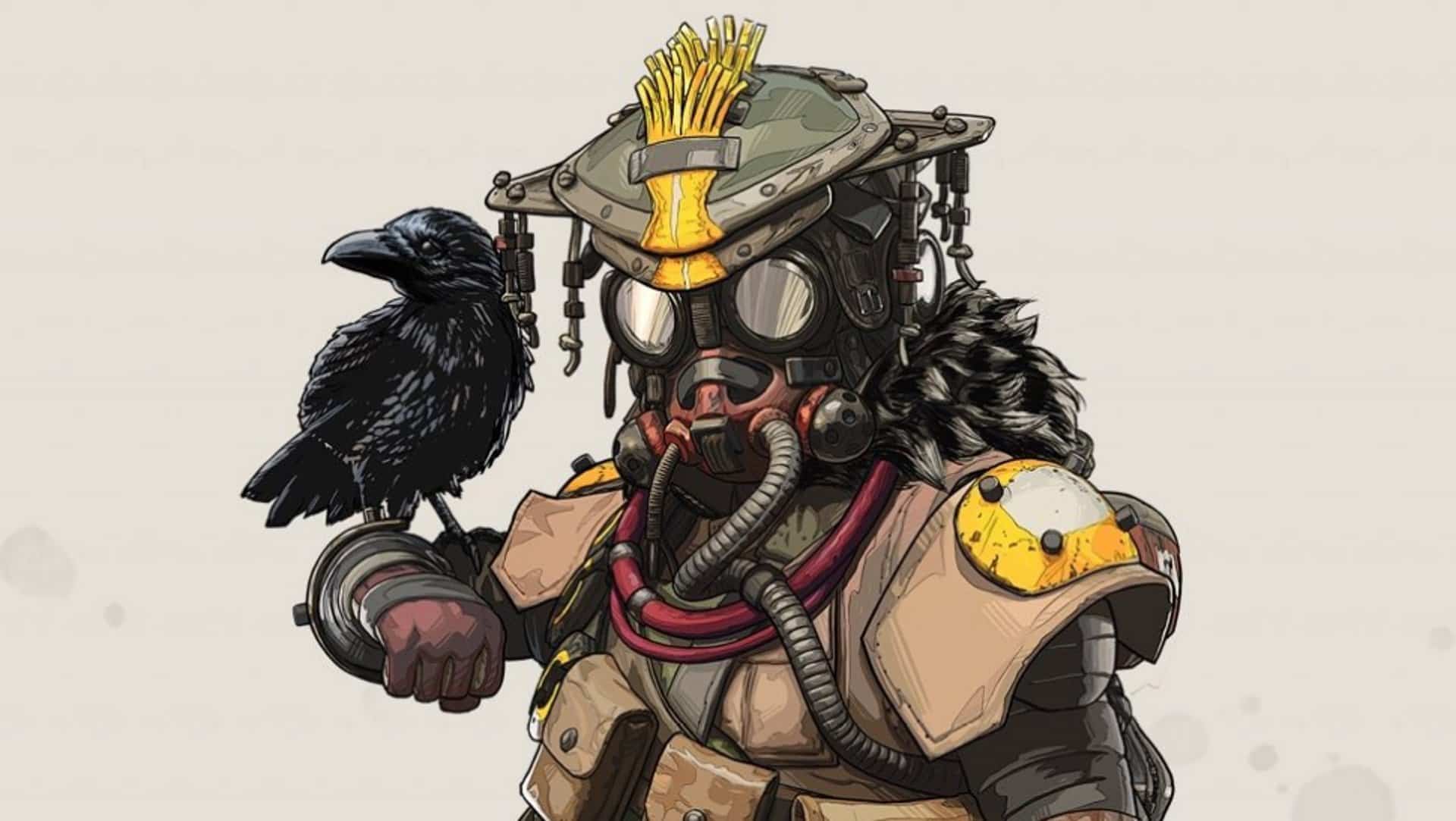 Recon is another class, this is Bloodhound and others like Vantage and possibly Crypto. We don’t know exactly what perks this one of the classes is going to work. It’s on the vaguer side of the Apex Legends Season 16 leaks, Bloodhound might individually be getting quite a few changes alongside this.

Skirmisher is another category in the Apex Legends Season 16 leaks for classes. This is focused on mobility, with elements of offensive action. It’s been described as “Hit and Run”. They can deal effective assault damage but get back out of there quickly. They’re more suited to solo action than supporting an entire team push.  This group may contain Horizon, Wraith, Pathfinder, and Mirage.

This is how the Legends look like they’re going to work out in the new classes.

Beyond these class leaks. Multiple Legends are supposed to be getting some decent reworks, with bigger changes to their abilities and how everything works. The changes are going to be based quite a bit on characters being overpowered or underpowered based on how much they’re played. Characters that are neglected should get a decent buff this way, but it’s still unpredictable. We could see some major changes being made, even to the original batch of Legends. We don’t know the most about what’s coming immediately with maps. However, we have some ideas about what’s on the horizon for Apex Legends after Season 15 for its map. The first is what’s coming next season. We’re not getting a new map, but there are still changes and improvements coming.

Apex Legends Season 16 leaks point towards World’s Edge receiving significant changes with the new season of the game. This was originally introduced with the Season 3 update. However, it’s had plenty of alterations in the time since. Although they slowed down at Season 10. This makes it a safe bet for an update, it’s a bit overdue.

The other Apex Legends Season 16 leaks for maps aren’t for the next season specifically, but a new map coming in the future. This would be a map coming from the world of Titanfall. More crossover content has been teased lately, so this would make sense. One leaker points towards this map coming Season 23, but it could be earlier.

Over December we’ve gotten substantial leaks and changes to the game modes in Apex Legends. Season 16 leaks point towards a big change coming. For a start, it looks pretty certain at this point that Arenas is getting removed from the game. This may be replaced with Control. It’s a minor change to a lot of players, but Arena did have plenty of fans.

Heatwave is another game mode that’s popped up in Apex Legends Season 16 leaks. This will be a mode where a ring of heat hovers over the map periodically. It takes out players who don’t take cover from the heat.

A Hardcore battle Royale has also been the topic of rumours lately. This would be a game mode with no HUD, similar to the modes you’ll see in more exploration-based games. This might not be launching until the Titanfall map hits the game though.

Those are all of the major Apex Legends Season 16 leaks so far. We might get some more as we get closer to release though, as it’s still a little while till the Apex Legends Season 16 release date. The season is due to start up in February. The current battle pass will be ending on February 14th. That’s probably the switchover date for the new season starting up, when we’ll see what’s coming to the game.

Until then, those are all of the leaks we’ve seen so far. It’s looking like it’ll be a different season, but exciting even outside of a new Legend.