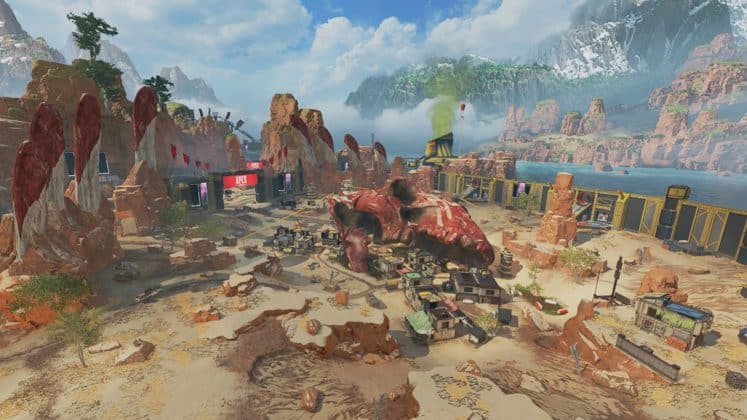 The new Apex season has hit the game, these are all the King's Canyon Changes you need to know!

Apex Legends Season 14 is hitting the game, bringing a new Battle Pass and new Legend. Even if you’re sticking with your old favorites, though, the new weapons and map changes are going to make things feel pretty different. Apex Legends Season 14 will see King’s Canyon changes. This is going to bring it up to date with the more modern additions to the game.

These are all Apex map changes this season. There’s only a limited new POI on the map. However, numerous existing spots have been heavily reworked. There have also been major changes to how looting works here, so King’s Canyon is going to feel very different this time around. 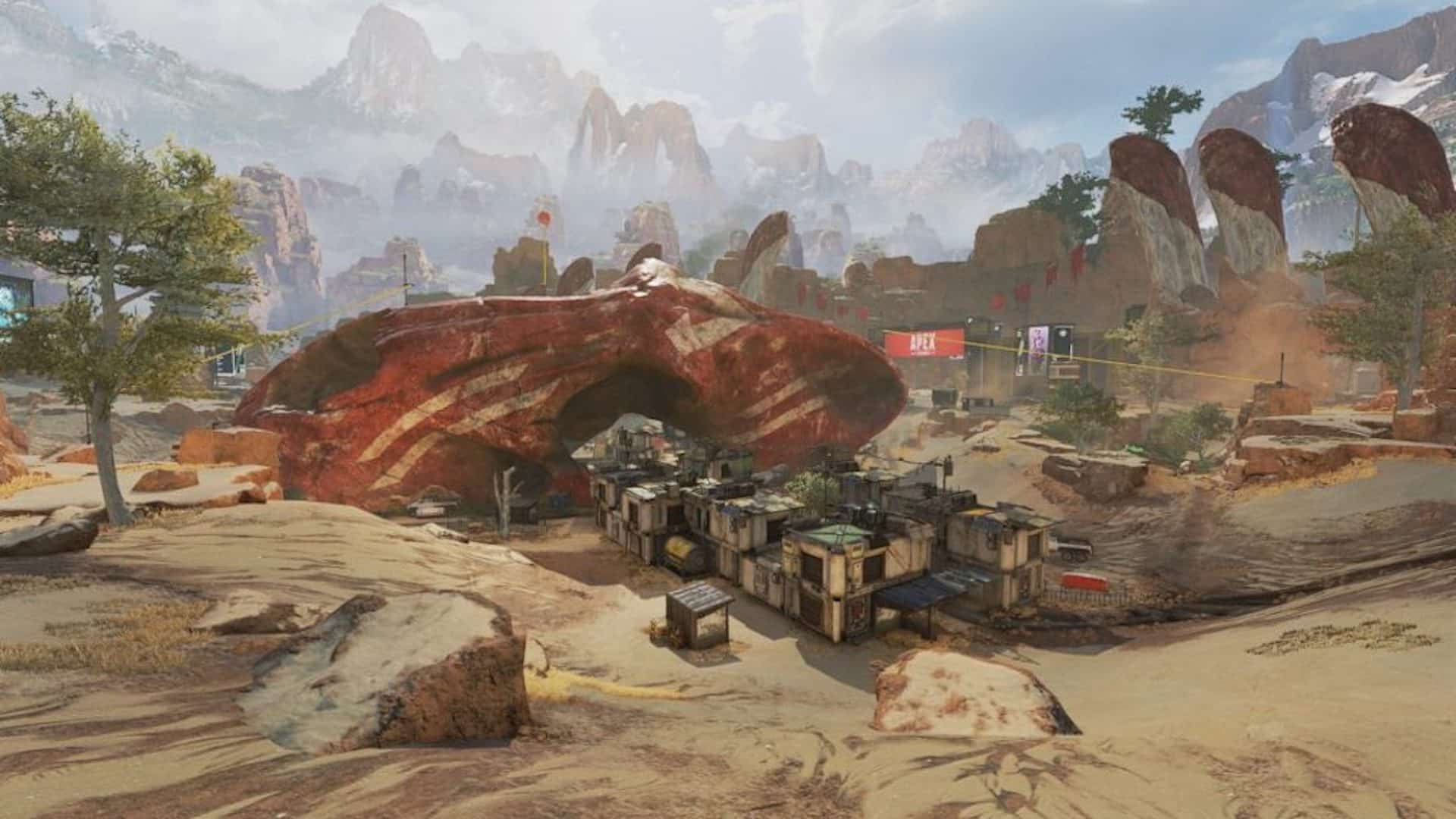 Relic is the newest POI coming to King’s Canyon. This one is designed to open up King’s Canyon and make it feel bigger, like the newer maps in the game. The new Relic restores some familiar village, with more open space around it. There’s going to be varied terrain. The new POI lets players engage in different ways. It should help to open things up and stop teams from being grouped in together, it’s got features that should boost all the legends’ play styles.

New POIs are always some top drop spots for Apex Legends. This one is set up to prevent too many third parties in this region just in, keeping the action feeling fairer for players. It should make for a decent balance. That it brings back a fan favorite area is another bonus. This is a great mix of a nostalgic throwback and something fresh as the new POI for Apex Season 14. 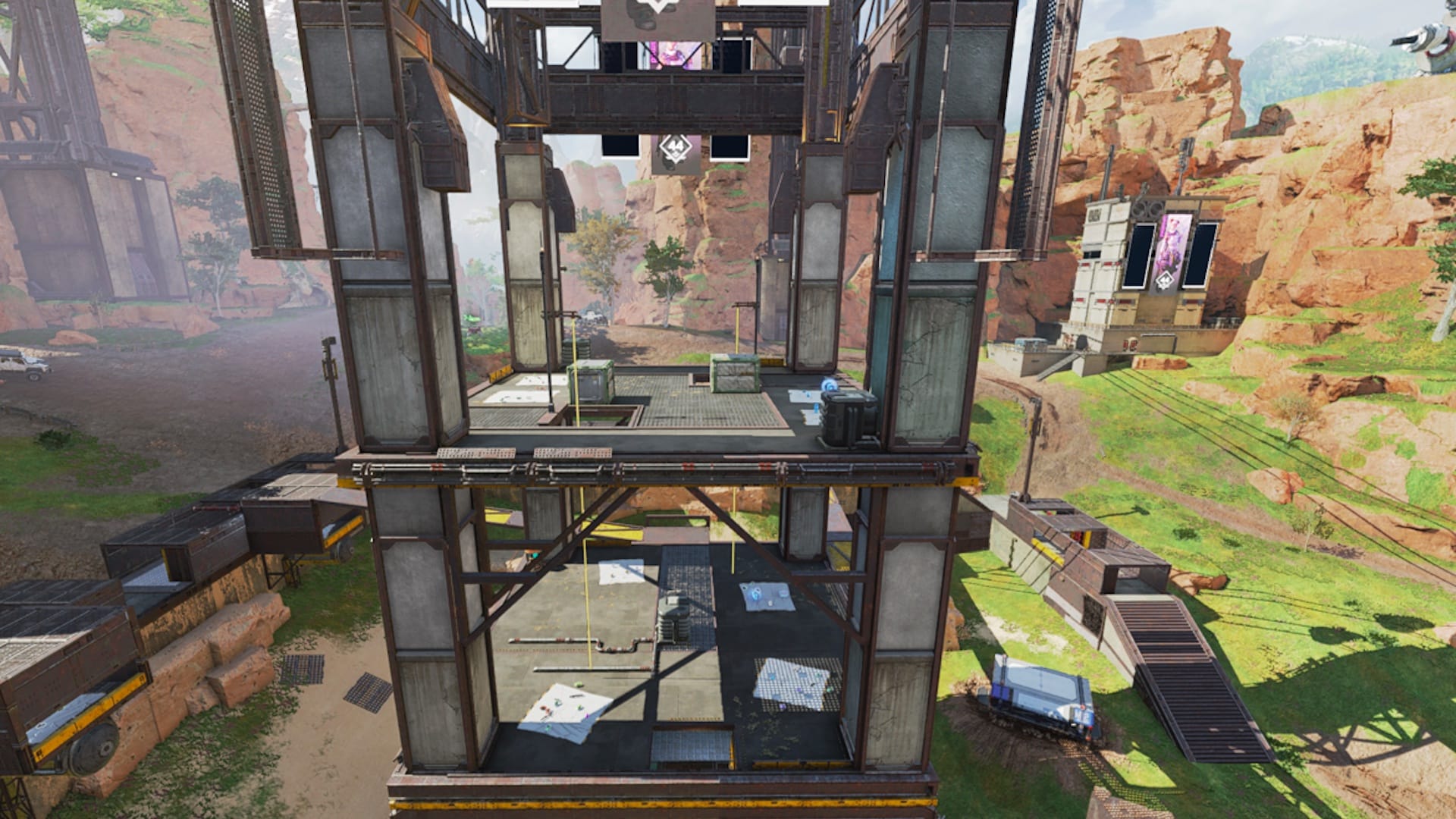 The Cage is an existing POI on King’s Canyon. However, it’s one of the bigger Apex Season 14 map changes, it has been altered quite a bit to make the Cage less defendable. The top of the tower here has been made more exposed. This is going to make it harder for players to sit up here and hunker down, hiding from enemies in a highly-defendable spot. They’ll now be open to fire.

The POI can’t be a bottleneck anymore. There’s still a benefit to getting on top for the high ground, but it’s considerably easier to take the Cage now. Changes like this should cut out frustrating camping play styles. 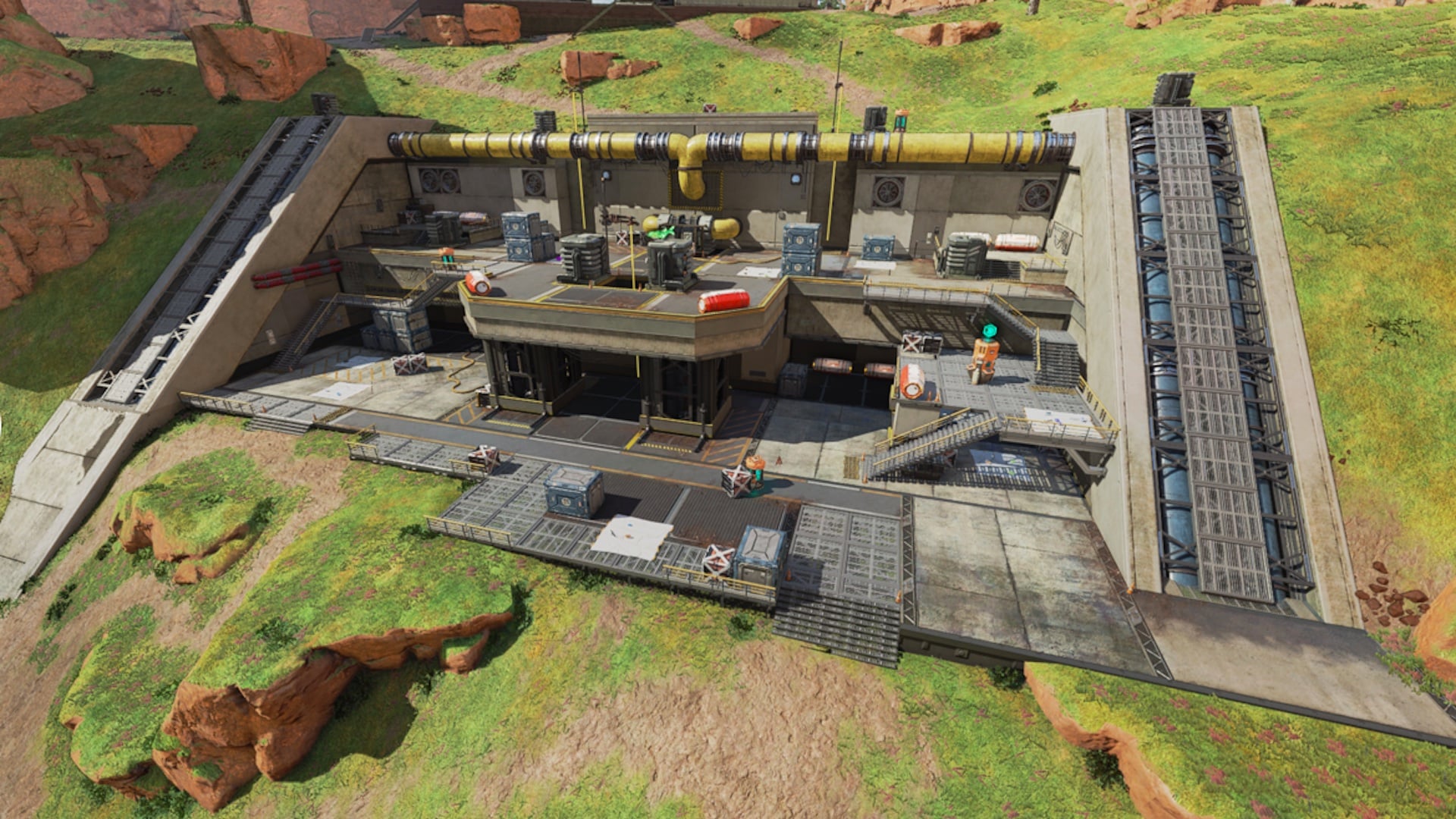 This POI has been changed in many of the same ways as the Cage. It’s now more open with less direct cover. You can’t defend the interior space so easily anymore. The goal of this change was to make rotation through the area easier.

These are smaller changes, but they should make the game more accessible and open to different playstyles. It’ll cut down on longer bogged-down engagements. These often can feel unfair thanks to the terrain, so it’s a positive change to an existing POI.

The Broken Relay POI has had some minor changes with the Season 14 update. It’s had some buildings restored to the layout. There’s now more interior space and structures throughout this area, along with changes to the outside and the new name. 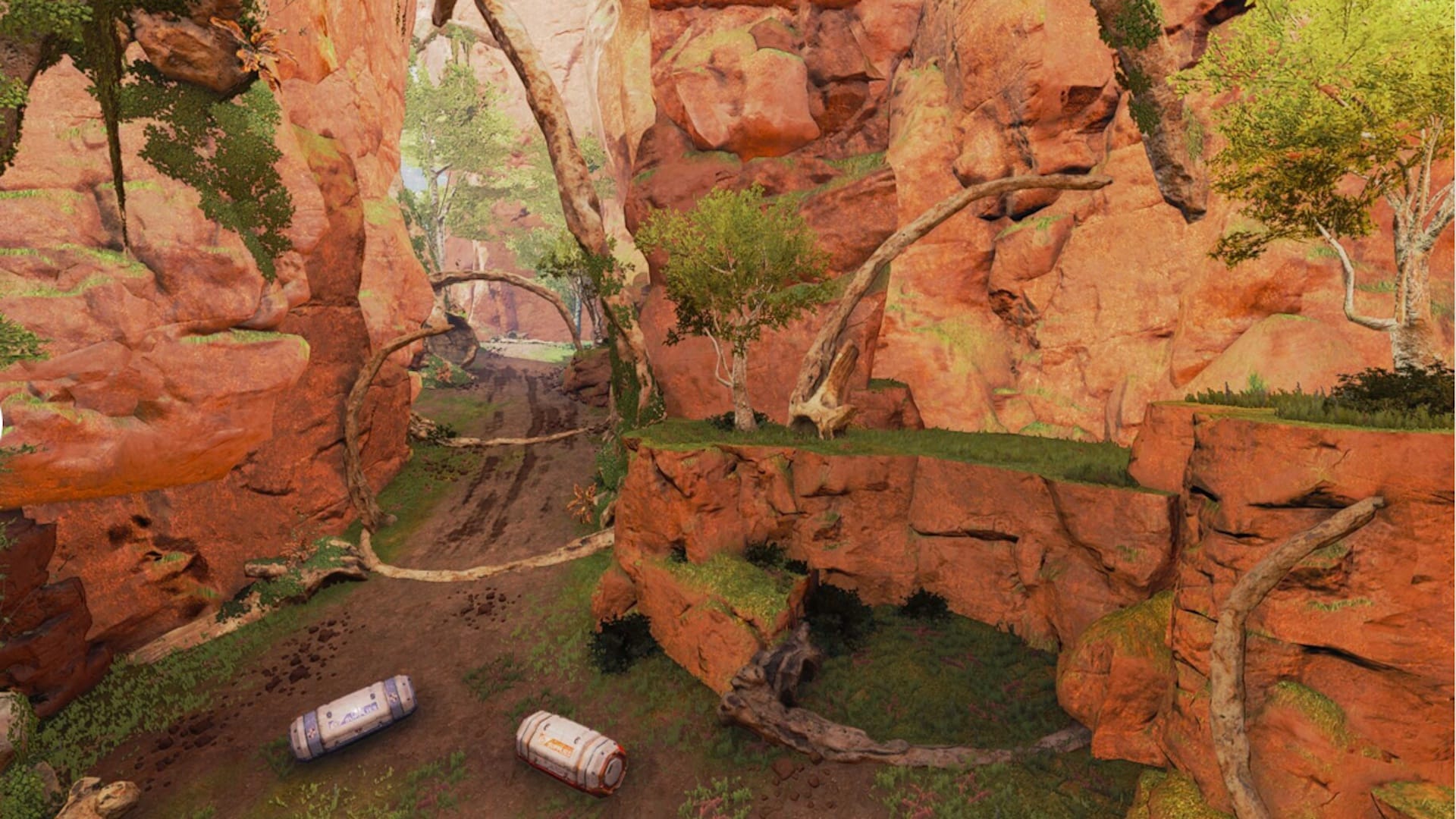 This is a minor change aimed to slow down the rotation. Destroyed Bridges connection to River Center and Hillside has been removed, making the area a bit different to traverse. This will alter the flow of players here. Nothing has replaced it for now, so this is just a removal. 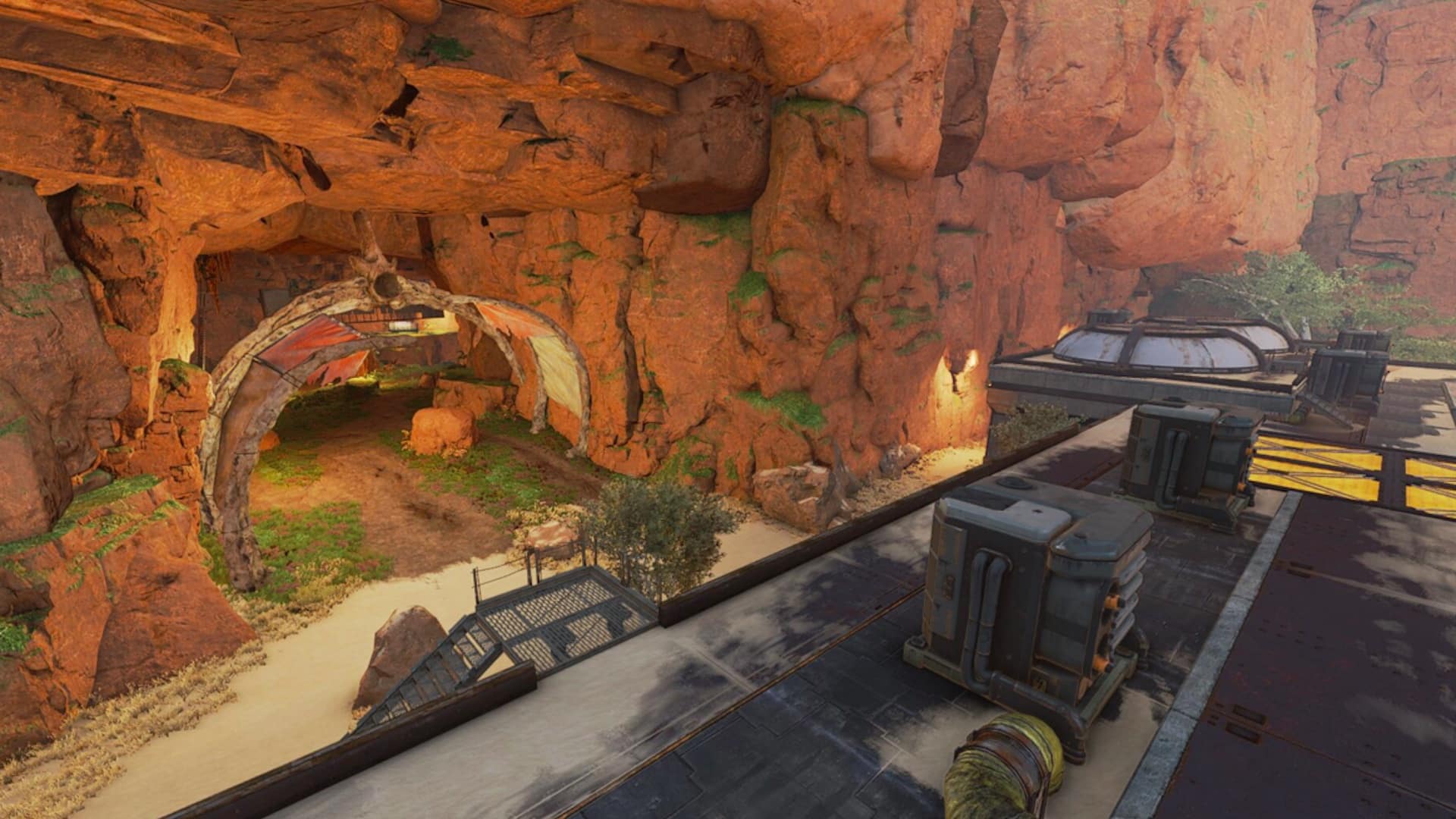 The cave connection between River Center and Marketplace has also been removed. The goal here is to cut down on third-partying in this area, however, it’ll also direct players through other rotation routes. 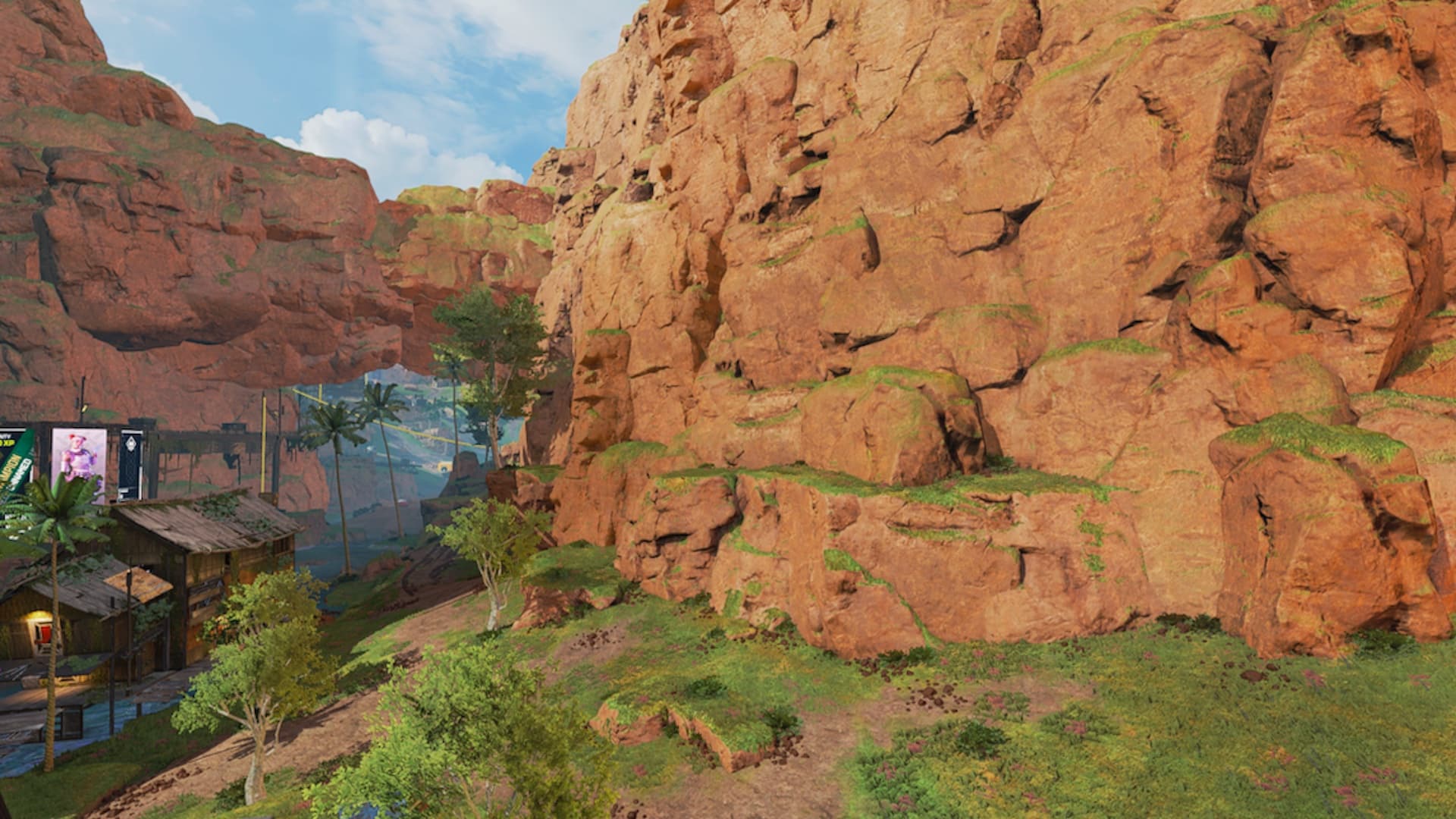 The back cave connection from Marketplace has been made wider. It’s now more visible and provides less of a hiding space, which makes it more open and easier to traverse. This should help prevent players from locking down the area. 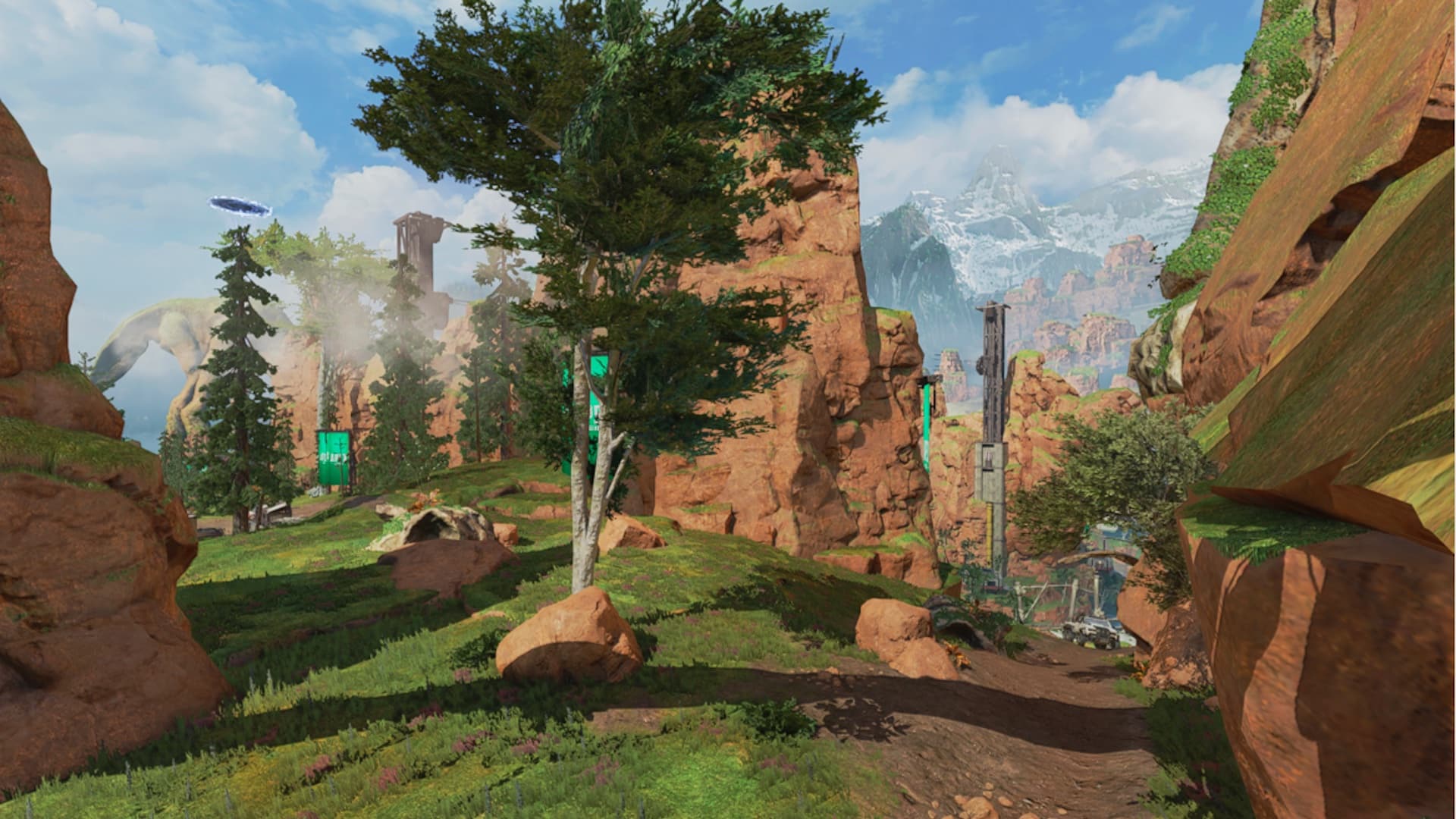 The Cage chokepoint towards the back has been removed to give better visibility. This should also help with the flow of payers in this key area. When combined with the changes to the Cage itself, it’s a pretty big alteration to this spot.

That’s the last of these changes to help out rotation and flow. They won’t change the map’s appearance too much. However, they look like they’re going to have a significant effect on player behavior. These changes should make the map easier to navigate and less frustrating for rotation.

Those are all the headline Apex Legends Season 14 map changes. Although, there are minor changes too. These are some of the smaller changes that don’t really need an explanation but are worth keeping in mind:

The loot in King Canyon is receiving a major change with this new update, alongside actual differences in the map. These changes might not seem as necessary, but there are some key reasons why they’re needed. The map’s loot isn’t as well-balanced as more recent maps. The changes to the loot should help it play more like the newer maps. These are the changes:

Most maps in Battle Royale games run into this problem. some landing spots have more loot than others. That’s normal, but it can become a issue if there’s a major disparity, though. There are going to be some big changes to try to address an unfair disparity in King’s Canyon.

Crash Site and Spotter Lakes have had a reduction or nerf in the loot available. Runoff, Hydro Dam, Swamps, and Octane’s Gauntlet on the other hand are all going to have more loot than in the past!

In the past, major POIs in King’s Canyon didn’t drop mid and high-level loot. Any POI big enough to be a hotly contested drop spot is now going to have a higher quality loot dropping. This should make POIs feel fairer.

Most POIs are also getting a boost in the sheer amount of loot available. It’s getting boosted to be closer to the loot in Olympus. This should make looting quicker and easier. More time to play the game and less time grinding. That’s always a positive.

Those are all the gameplay-based changes, but King’s Canyon is getting an overall refresh too. The map is being brightened up. There’s more lighting and a major change to the Skybox. These are just visual flairs, it’s not really essential to gameplay but it’s always nice to have a bump in quality.

Those are all the major Apex Legends Season 14 map changes. While there’s only one new POI, there’s a lot of new and adjusted content on King's Canyon. Even loot has seen big changes take place. This is all going to make the map feel considerably fresher this season.

Check out the awesome new Apex Legend in the latest trailer here.