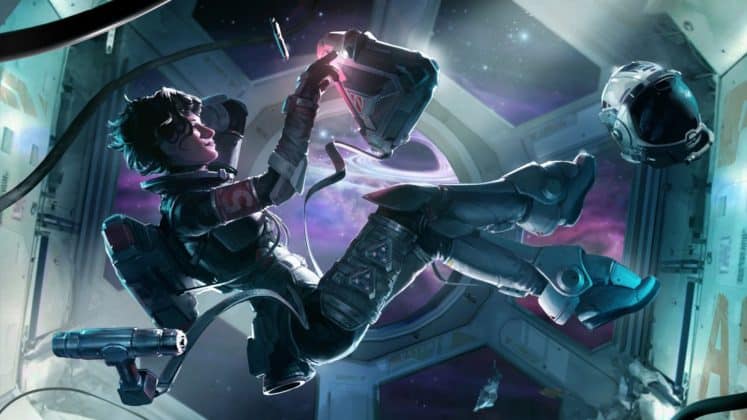 Tank compositions and variants supported by either Crypto, Wraith or Bloodhound dominate the Apex Legends meta-game. Although Horizon is gaining more and more traction as the weeks roll by.

The Apex Legends Global Series Winter Circuit concluded the other day. The results from the event continue to maintain the idea that Tanks play a big role in the game, with the likes of Wattson and Pathfinder now dead in the water. We will go through the recent stat recordings curated via Singhlabs and what it means for Apex Legends moving forward.

European Apex Legends Global Series is more static in the playstyle. The common European compositions particularly favour Gibraltar, Wraith and Bloodhound. Other picks like Crypto, Horizon, and Caustic are picked but sit at a 30%-15%, depending on the Legend.

The Wraith, Caustic, and Crypto composition is the next most played European composition, but it only sits at a 20% ratio. Other comps are even less percentage. The aforementioned popular comp, on the other hand, sits at a 45% play rate. The next comp drops further down the priority list, with Wraith, Gibraltar and Crypro at 15%. The only time this composition differs with the Horizon, Caustic and Gibraltar coming in at 10%. Europe very much prefers the mobile and aggressive comps featured around Wraith.

North American playstyles tend to orientate towards Caustic and Horizon compositions while also offering much more Legend representation. The main composition in NA is the Wraith, Bloodhound, Caustic composition. The variation between the NA and EU is simply Caustic has more opportunity to win fights and bring more action to the end game circle congestion. This composition only has a 22.5% pick rate, meaning that NA’s meta is not as dominated by one play style.

The next playstyle picked up is Wraith, Gibraltar and Crypto at an 18.3% pick rate. The most popular EU comp is third at 13.3%, then double tank / Wraith at 10%. Horizon comps come out to play from thereafter, with four variations from 9.2% – 5% pick rates. Octane and Revenant come out to play at least once the tournaments as well. NA leads the way with experimentation and has for the better part of the last 10 months.

APAC North remains consistent with both the European and NA playstyle while finding a much more comfortable Horizon comp to play. APAC north’s most picked comp is the NA Comp of Caustic, Wraith, and Bloodhound, with the EU variation of Gibby a close second at 14.2. What APAC north does differently is through their higher importance on Horizon. Horizon, Gibraltar and Bloodhound is the next most favored comp at 12.5%.

Horizon is a Legend that is growing into her own. The use of her wombo-combo CC and her ability to fly around the sky and strafe kill opponents is very strong. Horizon offers a Z-axis when it comes to killing enemy compositions that other Legends don’t bring. The only downside is that dropping Wraith for Horizon means a lack of portal navigation, meaning teams need to be more knowledgeable of rotations and their movement. However, tanks tend to offer peel, so this is not as important as it could be.

With all that said, Horizon is the next Legend to keep an eye on as teams are figuring out that she is offering a lot at the moment. It will be interesting to see what happens as the competition rolls out throughout the year.

Thanks to Singh Labs for the statistics.