The last quarterfinals of the first ever Valorant Champions had Fnatic fighting the last LATAM squad for a semifinals.

Gambit Esports beat X10 CRIT on the first Best of Three of the day, so they were eager to see who will face them in the semifinals. LATAM team KRÜ Esports showed that they can upset the competition when they beat NA squad Sentinels for the last playoff spot of Group B, but now they had to show that they can beat one of the strongest teams of the scene.

Game one started off as a typical Haven match for Jake “Boaster” Howlett as his team, as they won the pistol and bonus rounds. After that, KRÜ stopped messing around, getting the lead before Fnatic could tie up the score. The first half ended with Fnatic being as dominant as ever on one of their favorite maps, going into defense with a 4-round lead.

But on Attack the Chilean squad showed that beating Sentinels had nothing to do with luck. With strong showings Joaquin “delz1k” Espinoza and Nicolas “Klaus” Ferrari, they started to catch up, but Fnatic made it to 12 points, which meant that KRÜ had to win the last three rounds in order to go into overtime. They managed to get a 3-round winning streak making Fnatic look lost, and even though the teams tied again in the first two rounds of OT, KRÜ finished off the EMEA squad thanks to Juan Pablo “Nagz” Lopez, who finally showed up to help his team win the first map of the series.

Fnatic took the first game very personally, not letting KRÜ come back in Icebox. Or rather, Nikita “Derke” Sirmitev and his team didn’t even let the LATAM squad come in. They were aggressive, effective, and countered KRÜ’s reactive style perfectly. They finished the first half 8-2, going into the second half of map 2 with a huge lead.

Even though KRÜ woke a bit after switching sides, winning two rounds back to back two times, Fnatic didn’t need much to win the map and tie the series. The miracle run didn’t happen for the last South-American team standing, with Fnatic closing out map 2 with three nice retakes. Derke was popping off as usual, going 10-0 before dying for the first time.

The final game of the series was the opposite of Game 2, as this time around KRÜ had a very strong showing on Split. Derke and Angelo “Keznit” Mori were on Raze this time around, but their performances were very different: while Derke tried to break open the LATAM squads defense but ultimately failed, Keznit played the duelist to near perfection, almost achieving a 2 KD throughout the match. KRÜ took the lead in the first half, the scoreline was 7-5 before the team switched sides. 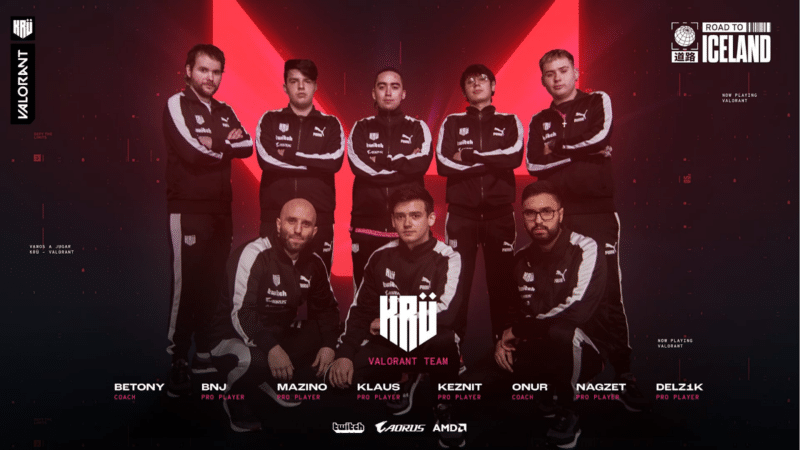 Going on defense didn’t help the EU team at all, as KRÜ won the first three rounds of the final half of the series. Fnatic took a round, but then the last bastion on South-America made it to 12 points. Fnatic tried their best to make a miracle happen, winning two rounds but KRÜ closed out the series in round 21, taking the last semifinal spot and knocking out Fnatic from Valorant Champions 2021.

One of the tournaments favorites had to said goodbye to the competition while KRÜ Esports proved once again that they can be a worthy David to Valorant’s Goliaths. With this win, they seem to be unstoppable and have a realistic shot at taking it all – will Gambit stop them?