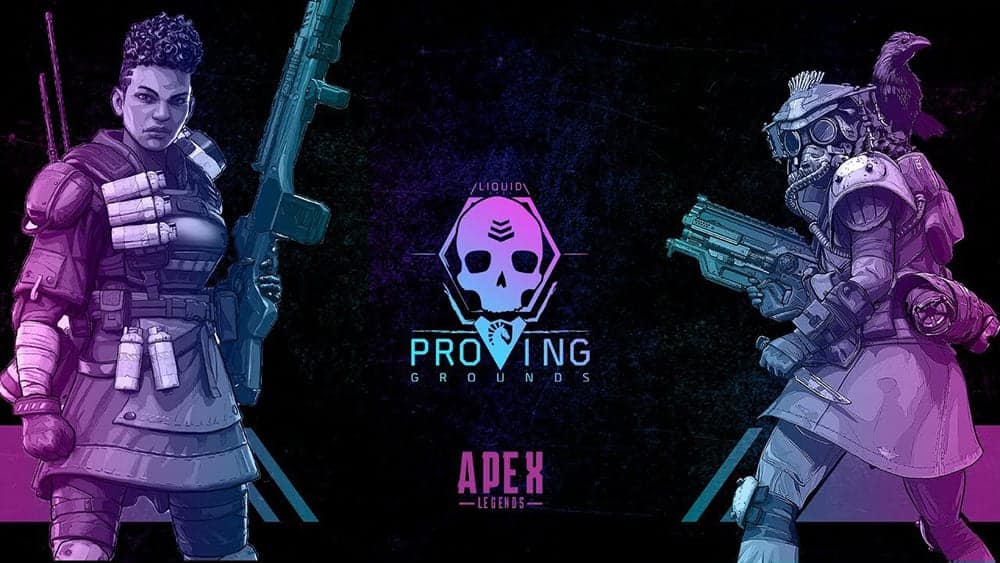 Team Liquid has created a Community Discord serving as both a tryout for the TL Apex Legends team and a way for Team Liquid to get more involved with their fans. The TL Proving Grounds tournaments are hosted and overseen by TL staff and have a prize pool ranging from $500 to $1,000. They are open to any and all Apex Legends players that join the Discord.

That all changed, of course, with Epic Game’s release of Fortnite. Its BR mode was added as an afterthought, a simple distraction from the horde-mode like single player experience. Fortnite took off as a battle royale, as we all know, probably thanks to its unique building system, and doomed the single player experience in Fortnite. Its popularity exploded, drawing literal millions to Twitch streams and spawning an entirely new generation of professional players. None thought it could be challenged, let alone dethroned.

Enter Apex Legends, the nascent battle royale from Titanfall-developers Respawn. Apex took the battle royale community by storm, drawing over fifty million players into its weird world in the first month, beating Fortnite to that number by over three months. It drew players to its snappy, face-paced movement, Overwatch-like Legend abilities, and ability to bring fallen teammates back to the battlefield. Tournaments for Apex Legends appeared almost immediately, but there was (and still is) a problem. It’s quite hard to organize, verify, and moderate tournaments.

Apex Legends has no way for teams to play against each other. There are no custom servers or tournament clients, resulting in a tournament experience that has competitors comparing endgame scorecards instead of actually facing off against one another. Finding admins to moderate these tournaments, watch for cheaters, and authenticate final scores is tough. Additionally, many of these tournaments are invite only, meaning that the opportunity for non-professionals to participate is almost non-existent. If only someone

Additionally, some of the larger Proving Grounds tournaments have prize pools that range from $500 to $1000 dollars. While that might not be much for a professional event, that size prize pool for a community tournament is huge.

Ken Serra, Team Liquid Community Head, said that the idea of the Proving Ground Discord came about as a way to increase Liquid’s engagement with their community:

“Discord has always been a priority for us within our community initiatives. It allows us to communicate ‘face-to-face’ to some extent with a lot of our fans. Not only that, but as a platform for real-time communication and support for technology through bots, it's easy for us to provide exactly what different scenes need.”

A New Way to Scout & Play

These tournaments aren’t just for show, either. As the Apex Legends professional scene continues to grow, more teams are scouting and signing players to compete under their banner. Team Liquid is no different in that respect. That said, they’re going about their scouting in quite a different way. The Proving Grounds serves as a literal scouting grounds, where Team Liquid staff can scout players for TL squad in the fledgling Apex esports scene.

While The Proving Grounds makes it easier for people to form teams and compete, it doesn’t solve all of Apex Legend’s competitive problems, however. Without dedicated servers and a serious anti-cheat, TL admins still have to watch over the games, collect accurate scores, and weed out cheaters.

“It's extremely difficult [without dedicated servers],” said Serra. “Fortunately for us, we have the means to not have to rely too much on tech and do our due diligence to have proper admins to check for cheaters and verify scores.”

Team Liquid isn’t stopping professional players from joining these tournaments either, as they seem to want to entice their community to compete against top tier talent.

“[Team Liquid] players are also encouraged to play," according to Serra. "It's mainly an opportunity for the general audience to showcase their talents and try and compare themselves with the best the game has to offer,” explained Serra. “No matter the skill level, these are the people who are going to be trying their hardest to win, and that's what we want to see.”

That said, by playing their cards (and their matches) right, some community members could find themselves competing directly against professional players, highlighting their own skills and making it big inside a growing esports ecosystem.

You can find more information on the Team Liquid Proving Grounds Discord by clicking through the link or going to https://www.liquidapex.gg/ .

Speaking of Team Liquid, make sure to check out our win conditions article for the FlyQuest vs. Team Liquid LCS Playoff game this weekend here!