Susquehanna Soniqs became the winners of the PCS 4 tournament. The North American team won $60,000 USD out of the $250,000 USD set for the Americas region. 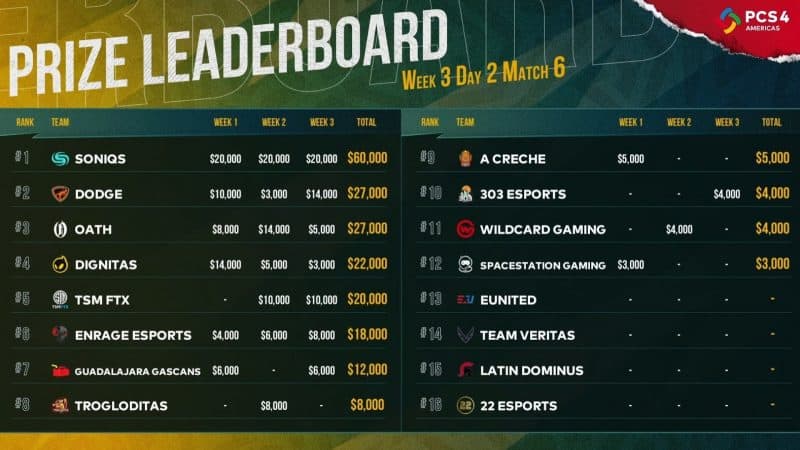 Soniqs led the standings with 450 PUBG Global Championship points. Followed by Dodge in second with 270 points, Oath Gaming at third scoring 215 points. And finally, Dignitas at the fourth position with 180 points.

Soniqs also received $20k as the series winner and an additional $5k after being named the “Insane Squad” at the tournament.

American player Tristan “Shrimzy” Nowicki was the MVP of PUBG Continental Series 4. The player had a few words to share; “Winning PCS4 felt amazing, three insanely close weeks where it came down to the last game was very stressful but the boys always pulled it out. Extremely blessed to have such talented teammates and a great organization backing us.”

“To win yet another championship is amazing, knowing that the boys are dead set on staying at the top of PUBG Esports and their game as players is the best feeling." Said Sean “Syllogic” Yi; coach and manager of Soniqs. "As a coach, there is no other group of guys that I would want to be working with, the most determined, the most resilient, the most patient along with the best teammates.”