We list the biggest misplays you should avoid doing in Overwatch 2.

The fun sequel to the iconic Blizzard team-based shooter has gotten a surge of popularity since its October release. The community has regularly gained over 100k viewers on streaming platforms such as Twitch. As a result of this, and the fact that Overwatch 2 is free-to-play, millions of newcomers have entered the 5v5 arena.

As a consequence of having no price tag, the game's current monetization model has introduced a wave of new players that aren't quite aware of how the game is won. Plenty of complaints about "newbie behavior" can still be found in current Overwatch player forums. Common mistakes like heading straight to the objective by yourself when the rest of your team hasn't respawned is just one example. 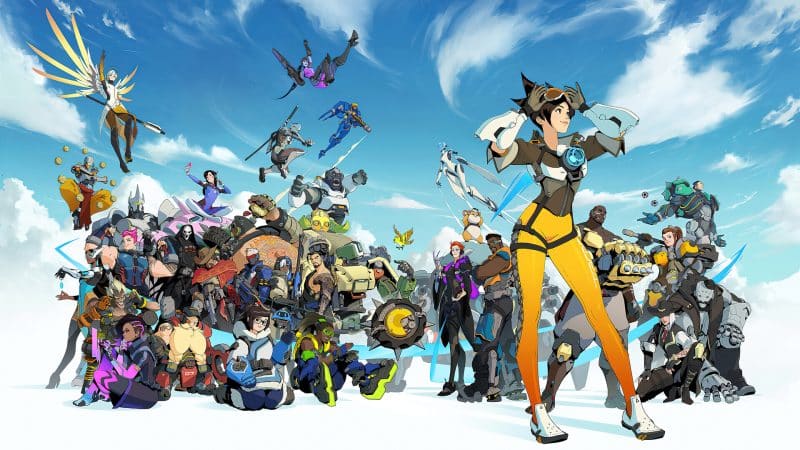 These common errors are easy to miss, especially when you've built some bad habits during your time in low-ranked matches. Be that as it may, even high-profile content creators still struggle to improve their game sense. Here are 10 mistakes you can overcome to win more games.

Presenting a united front gives your the best chance to turn the tables on your opponents!

It's common sense to have better numbers when you enter the fray. So group up with your allies when possible before facing the enemy team. It's no fun being outnumbered.

Another classic case of teams not grouping up is called "Trickling in". This is Overwatch slang for when a teammate doesn't wait for their other allies to respawn and instead goes to where the enemies are.

Don't get us wrong, a daring attitude — in some instances — can help you win teamfights. But remember that winning your matches in Overwatch 2 is and always will be a team effort.

Overwatch 2 introduced a new and improved ping system when it was first released on October. Within the "ping wheel" UI, there are multiple options you can use to communicate with your team. This was implemented to facilitate quicker updates in fast-paced situations.

A good team player knows how to communicate. You don't need a microphone to update your team on enemy positions. Bolster each other's game sense by letting people know where enemies are and where you plan to go. You can also let other players know about your Ultimate Ability status, helping you create game-ending combos that are extremely fun to pull off. 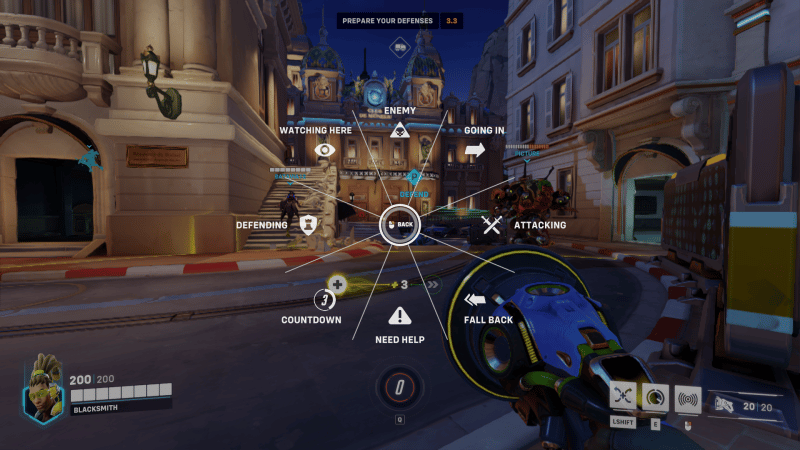 As devastating as these hero abilities can be, the player base still see newcomers who throw their ults out, hopeful of scoring more than 2 kills. There's nothing counterproductive about taking a few bad guys out, but waiting for the perfect opportunity could set you and your teammates up for an easy Team Kill!

Focusing Damage on the Tank

All Tanks in Overwatch 2 now possess a passive ability that gives you less Ultimate charge whenever you target them with healing or damage. Check out the latest tank hero changes here.

I reiterate: Hitting the beefiest member of the opposition actually charges your ultimate ability slower, giving your enemies an advantage. Do not concentrate fire on the tank unless you are sure that it will remove them from play.

Whenever a tank tries to put itself between you and the enemy team, find ways to reposition yourself (or better yet, the tank) to target the enemies hiding behind them. 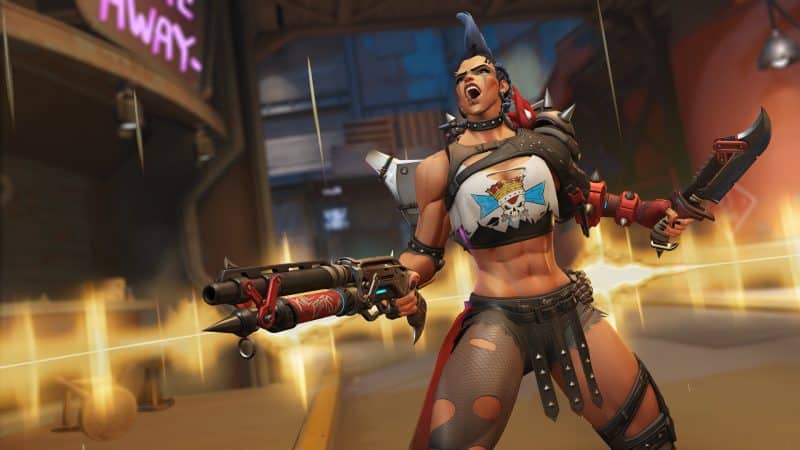 Walls, corners, parked cars and temple pillars are a few examples of "hard cover" that are available everywhere. These solid obstructions protect you from devastating D.Va ults, lets you escape the enemy fire and block an opponent supports' line of sight. Unfortunately, not enough players use them to their advantage.

Wisely planning where to execute your plays is crucial for success. That said, don't throw your Self-Destruct when your enemies are bunkered up in a lobby with plenty of exits. Choose more open spaces when you activate ultimate abilities that require line of sight!

Getting a high KDA score in Overwatch 2, or in any competitive shooter for that matter, feels good. Like, really good. That rewarding blast of dopamine when you get consecutive kills on the board makes you want to chase that high all the way to the enemy spawn room.

While it's extremely fun to vanquish your foes with righteous vengeance, it's never a good idea to stray too far from the group.

Overextending teammates will only make things difficult for a divided team when they eventually get overpowered, which leads us to the next point.

Every game mode always involves an objective that your team needs to capture, hold or escort to win the game.

Overwatch 2 is a fast-paced first-person shooter (FPS) with a large cast of powerful heroes. That said, the thrill of the match sometimes get casual players carried away in all the excitement and make them forget about the main goal of the match.

Chasing kills is fun and all, but being more conscientious not only makes you a valuable member of your team, but also inspires other players to do the same (looking at you, Genji mains). 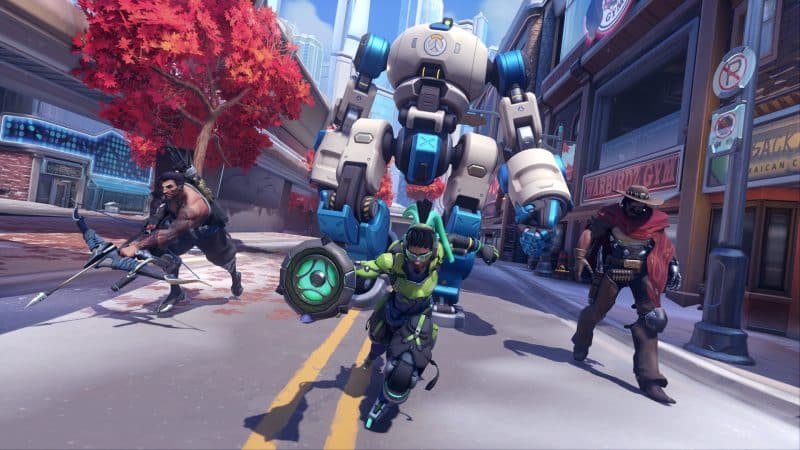 Being Unaware of Health Pack Locations

Health Packs in Overwatch 2 provide a boost of healing when you pick them up. Small and large health packs are scattered around each map, with the former being more common. These take the form of vials and med kits that also cleanse harmful effects like Widowmaker's Venom Mine poison or Ashe's Dynamite burn.

These healing sources are important to keep track of, even more so when a team loses their supports. Not knowing where these lifesaving items are can severely affect your uptime. With that in mind, up your survivability by quickly recalling where health packs are whenever you enter a new section of the map.

Not all heroes are made for the vanguard.

Backline heroes are long-ranged operatives that support teammates or remove combatants from a distance. These include, but are not limited to Ana, Soldier: 76 and Widowmaker.

Positioning yourself can be trickier than just "staying at the back". Letting your team advance too far forward will leave you isolated, making you vulnerable to flanking opponents. Additionally, staying in one vantage point for too long also puts you at high risk.

Long story short, if you're capable of adding value to your team from long distance, keep yourself away from the front and constantly adjust your position.

Not Peeling for Your Supports

"Peeling" in Overwatch 2 refers to the action of taking the enemy's attention away from a vulnerable teammate.

Mercy and Zenyatta players are among the most targeted support heroes in the current Overwatch 2 meta. Since they possess little to no defensive capabilities, keeping them alive takes top priority when your team enters a brawl. Especially when you're outnumbered.

Keep an ear out for their "help" voicelines to fend off any threats. Enemy heroes that sneak past your team's front line (a.k.a. "Flankers") usually target your supports first. Keep an eye out for these dangerous heroes when you enter a match: