One of Valorant's best teams as we know it is coming to an end.

OpTic Gaming has had one of the strongest performances of any Valorant team this year. Second place finishes at VCT 2022 North America Stage 1 and Stage 2 Challengers. Total victory at Stage 1 Masters – Reykjavík, a third-place finish at VCT 2022: Stage 2 Masters – Copenhagen, and runners-up at Champs 2022. You can't complain too much about those finishes. Or those purse earnings.

But not even one of Valorant's best will survive Riot Games' franchising. At least not in its current incarnation.

One Of The Biggest Partnered Team Snubs

Riot Games has announced the 30 partnered teams for VCT 2023, and OpTic Gaming isn't one of them. And that comes as a massive surprise. Not only is OpTic Gaming one of the strongest teams in the world, but they're also one of the most popular in the NA region. Everyone thought they were an easy pick for partnership.

Reports in July revealed that the contracts for Victor and crashies would expire sometime during Champs this year. With how well OpTic Gaming had been doing and everyone assuming Riot Games would pick them as a partnered team, no one had reason to believe that OpTic wouldn't re-up their contracts. But the partnered team reveal seemed to seal the deal.

Victor has announced on Twitter that he and crashies are now unrestricted free agents. Crashies retweeted Victor, which one can interpret as them looking to stick together for VCT 2023.

But it gets worse. They aren't the only OpTic members on the trader's block.

I am a restricted F/A & allowed to explore other options for partnered teams. TY @OpTic @H3CZ & @hastr0 for putting your trust in me to build this team. Looking to IGL but I can drop 400 acs on every agent if needed.

With the recent news that @OpTic denied into the partnership program, I've been allowed to explore new opportunities as a restricted F/A. I am open to all partnership teams in both North America and EMEA.

Yay is considered by many to be the single best Valorant player in the entire world. Without a partnered team slot, chances of Yay or any OpTic team member sticking around seem slim. And that begs the question of what the Green Wall's future in Valorant will be like. 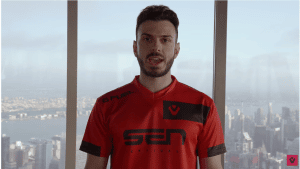