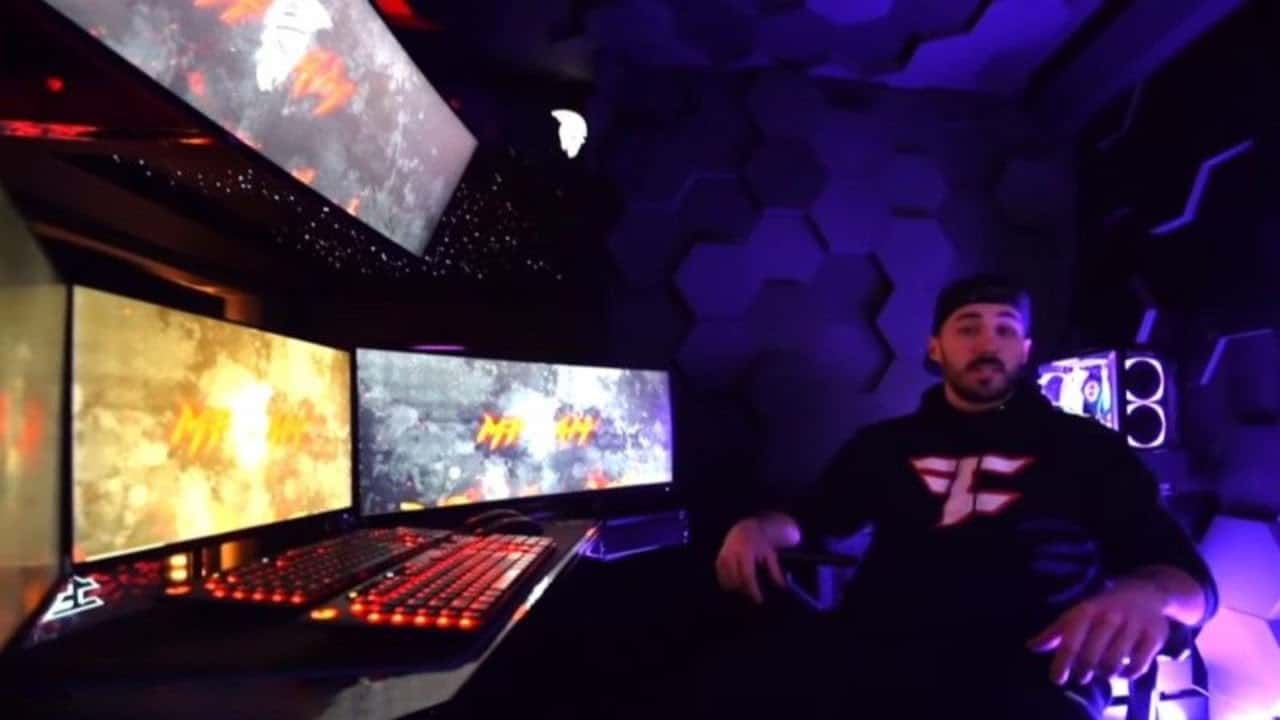 Will NICKMERCS make a triumphant return to Fortnite?

Popular Twitch streamer Nick “NICKMERCS” Kolcheff single-handedly sent his Twitter following into a frenzy, stating that he is considering a return to Fortnite: Battle Royale. The prominent Call of Duty: Warzone player left Fortnite during Chapter 2 - Season 1 along with many other creators. He switched to Warzone, believing that two years of playing Fortnite was enough. Since March, NICKMERCS has played Call of Duty’s latest Battle Royale installment almost exclusively on his Twitch stream. However, it seems Nick might be coming around on the idea of firing up Fortnite once again.

NICKMERCS back on Fortnite?

Bro I miss playing Fortnite. Some of the best times I’ve ever had, gaming. Considering throwin’ it back in the rotation.

NICKMERCS is arguably the most recognizable name in Fortnite’s history outside of Tyler “Ninja” Blevins and Turner “Tfue” Tenney. He took to Twitter late on March 13, stating, “Bro I miss playing Fortnite. Some of the best times I’ve ever had, gaming. Considering throwin’ it back in the rotation.” For nearly eight months, NICKMERCS has dominated the Warzone scene, winning tournaments and pulling astronomical viewership numbers.

Some believed this success meant he’d never return to Fortnite. Nick did not elaborate much on the tweet, which has received over 26,000 likes and counting. The reception makes it seem that people want to see him back on Fortnite. Some notable names had some words for NICKMERCS, considering the implication.

You know where to find me baby

NICKMERCS’ Close friend and former Fortnite duo partner, Ali “SypherPK” Hassan, responded to the tweet. “You know where to find me baby,” he said. SypherPK and Nick frequently collaborated on Fortnite and continued that tradition on Warzone. Sypher stuck with Fortnite but also worked other games into his rotation. Seeing these two back together would be fantastic content should it happen.

i'll take tweets i never thought i'd see for 800

Former Fortnite player and commentator Ben “DrLupo” Lupo also chimed in on the unexpected NICKMERCS Tweet. “I'll take tweets I never thought I’d see for 800,” wrote DrLupo. Not many people foresaw Nick’s thirst to plate Fortnite again, Lupo included. It’s certainly out of the blue and challenging to piece together. It may just be as simple as NICKMERCS and Fortnite are synonymous with one another. It’s strange timing, considering Call of Duty: Black Ops Cold War just released. NICKMERCS has already started campaigning Epic Games to bring back an iconic landing spot.

Could it be true?

Others like former Fortnite Champion Denise “Cloakzy” Lepore teased his return to the Battle Royale title, but that did not come to fruition. NICKMERCS, a current FaZe Clan member, used Fortnite as a platform to launch his streaming career in the game’s heyday. He stood behind the game for some time and even rose through the ranks as a competitive controller player. Many thought he’d never come back after maintaining upwards of 50,000 viewers in his post-Fortnite career. His followers, the MFAM, supported Nick through and through regardless of the game change.

Perhaps he doesn't feel pressured to play only Warzone, given his loyal fan base. It will be quite a sight if NICKMERCS does return to Fortnite, whether it be in a competitive or casual sense. The game is much different nowadays, and skill-based matchmaking combined with stream snipers makes it much less tolerable. There are valid reasons why other creators moved away, but even Ninja revisited Fortnite recently and enjoyed himself. Could NICKMERCS find the same happiness? Only time will tell.