What an end to the year for these champions.

The NAVI vs Gambit rivalry has been an exciting one to watch throughout the year. As we approach the 2022 year, we got to see a last battle between these two incredible teams in the BLAST Premier World Finals. While Gambit played incredibly well throughout the tournament, it was Natus Vincere who put the final nail in the coffin. Here is a brief recap of the action in the Grand Finals:

The Grand Finals started on Mirage, where both teams were looking equally matched in the first few rounds. However, it was Gambit who led the first half by three rounds. Changing to the T-side, Gambit held their momentum and took their chances beautifully. NAVI struggled to find feet and couldn’t hold sites. Gambit won 16-11 in the first match.

The second game on Ancient took a bad turn for Gambit in the first half. NAVI were comfortable in the CT-side and had a 8-3 advantage at one point. The Russians held their nerve and tried to come back, which they almost did, trailing by three rounds. The second half saw NAVI clinging to their lead and Gambit chasing to overtake. However, the match ended in a 11-16 victory for NAVI.

The final game on Inferno was very one-sided. Starting on the advantageous CS-side, NAVI got a good early lead of three rounds. Gambit tried to wrap up a few rounds, but they were very loose in taking sites and didn’t pay attention to all the little details. The first half went in favor of NAVI with a 11-4 scoreline. Gambit were tense and couldn’t play like he did, but props to NAVI for pushing them so hard and making the situation so difficult for them. The game ended 6-16 in NAVI’s way. 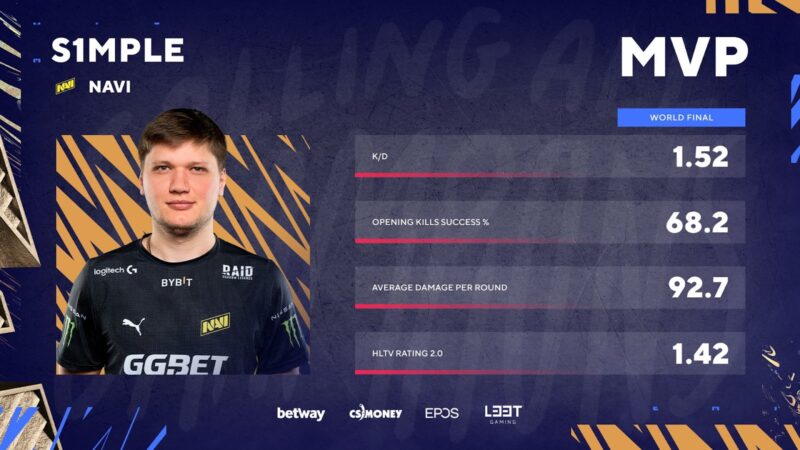 NAVI will now play in the IEM Katowice tournament next year.