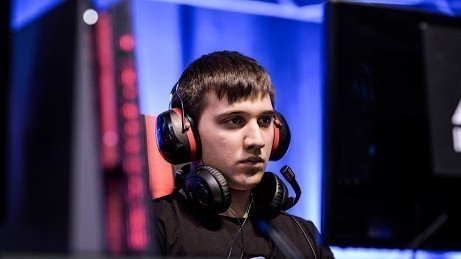 North America and South America finally have their representatives for the upcoming Leipzig Major. These regions are quite interesting to watch, with impressive performances over the last few months.

We wrap up the DreamLeague NA Closed Qualifier with another 2-0! GGs to Fighting PandaS.

Our spot in the DreamLeague Season 13 Major is now confirmed. Up next, the Dota team is heading to Singapore for the ONE Esports Dota 2 World Pro Invitational! #LIVEEVIL pic.twitter.com/lA4OSSnmU8

As expected, Chaos Esports Club and Evil Geniuses are the teams heading to Germany in January. Both of them played very well, but Chaos EC definitely stood out. They’ve only lost one map in the entire qualifiers, which is absolutely mind-blowing. It seems like the second place at The Summit 11 Minor gave them a lot of confidence. Despite their shaky performance in the beginning, the newly formed squad is slowly but steadily utilizing their full potential.

Apart from Chaos EC, Evil Geniuses is also going to defend NA’s pride. This is not surprising, considering the fact that they are the best team in the region. Having said that, we feel like EG still needs time to adjust to their new roster. Despite qualifying, they had quite some issues on the way and even lost to Fighting Pandas. Luckily, they were able to bounce back and took revenge in their last series.

It feels like Valve needs to add a third slot to North America. Sure, the teams there might not have had the best 2018-2019 DPC, but there are a couple of teams that can definitely stand their ground against the best in the world.

The South American Dota 2 region is developing rapidly, especially in the last couple of months. However, there is still one team that shines on top of the rest - beastcoast. The ex-Infamous roster is perhaps the only team here that is on par with the best from the other regions. This is a result of a lot of hard work and efforts from the Peruvian powerhouse.

Needless to say, they are one of the teams that will go to the Leipzig Major. But it wasn’t easy, even for them, as they lost to their biggest rivals - paiN Gaming. Luckily, the TI 9 participants bounced back and eventually got the second slot.

Apart from them, South America will also send the Brazilian organization paiN Gaming. Surprisingly, they had a nearly flawless performance during the group, followed two fast wins in the playoffs. The last one was versus beastcoast and it was definitely the most interesting series of the entire qualifiers.

The Leipzig Major will begin this January 2020. It is the second Major of the 2019-2020 DPC season and as always, the best teams in the world will be there. Apart from the $1 million prize pool, there will also be a bunch of DPC points to be earned.

Stay tuned for more information about the Major coming soon.