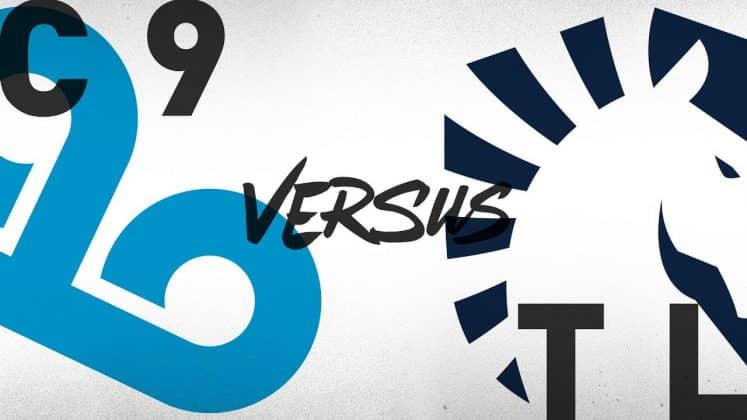 Team Liquid is in charge moving into the LCS Spring Split.

This year, the LCS decided to adjust its' seasonal format for 2021. Instead of the typical two splits, fans got to witness a pre-Spring Split tournament, dubbed the LCS Lock In. Here, all of the teams went through a group stage and the top eight advanced to the best-of series. Teams like 100 Thieves and Evil Geniuses impressed many, but in the end, it was Team Liquid and Cloud9 who fought for a respectable cash prize and a potential side selection for game five of the regular season if the teams are head-to-head.

Liquid with a strong start

The first game of the series saw Team Liquid take a convincing win, as TL made successful team plays on the top side of the map to get advantages there. However, C9 did manage to pull out a miracle mid-game fight. Because of this, C9 was able to take a momentary step back into the game. It didn't last forever though, as Zven made a critical error and was caught in the middle of five enemies, losing his team a kill and a ton of tempo. After this, TL kept a hold of the lead and cleanly pushed it into a win.

Game Two was another seemingly easy win for TL. To be honest, it seemed like they had C9's number the entire time. Alphari was a massive point of pressure over his lane opponent Fudge, while Tactical and CoreJJ simply outperformed C9's bot lane duo. Although Blaber was a monster on Olaf, he couldn't put the team on his back. As a result, Team Liquid pulled off another relatively clean victory, putting the series on an early match point.

Well, congrats on winning Finals, TL. There's no way that C9 come back from an 0-2. #LCS

Thankfully, C9 wasn't going to let this series go down in a one-sided sweep. They rebounded well in Game Three, putting Fudge on Malphite to ensure he could have more effectiveness in team fights and make his presence known. In fact, though the game was fairly even for the first 20 minutes, it was Fudge who followed up on a great Zoe bubble from Perkz to engage a smashing team fight. On the backs of this single fight, C9 gained map control, Baron and Infernal Soul. Needless to say, this allowed them to win a game of their own and keep the series alive.

In the fourth game of the day, C9 decided to run a similar composition to Game One. Meanwhile, TL was clearly out for blood with a Samira-Rell bot lane. Crucially, the majority of the action happened on the top side of the map, as C9 focused Alphari to set Fudge's Irelia up for success. Throughout the early and mid game, C9 pulled off a few fantastic skirmishes and tower dives to give them a decent lead. A 19-minute team fight resulted in the ADCs on both teams picking up a bunch of kills. But C9's macro play and team fighting were better in the following minutes. Because of this, they looked poised to take another win.

Then, all of a sudden, TL's CoreJJ made a miracle engage when C9 pushed down the mid lane. During this fight, TL cut down multiple C9 members and secured the Baron afterward. It looked like TL had a way back into it, but C9 quickly pulled it together again. Utilizing their huge side lane pressure, they were able to out-macro TL to force them into a terrible team fight, kill multiple members, and claim their Nexus.

Game Five- all on the line

After two games of C9 dominance, the first two clean games from TL seemed like a distant memory. Those memories came flooding back in the final game though. Alphari, piloting Udyr, absolutely camped the top lane to punish Fudge every chance he had. This decision netted him three kills, with another going to Alphari. On top of that, TL even used the Rift Herald top to claim the first tower.

From this point on, TL played an extremely clean game. C9 truly had no answers to the plays their opponents made, meaning it was only a matter of time until TL killed Blaber, claimed Baron Nashor, then went on to end the game a bit later.

And with this win, Team Liquid is named the 2021 LCS Lock In Champions the first team to win the LCS Lock In tournament. They're moving into the Spring Split as the team to beat and they're sure to be a force to be reckoned with.

Afterward, Alphari was named the Player of the Series.