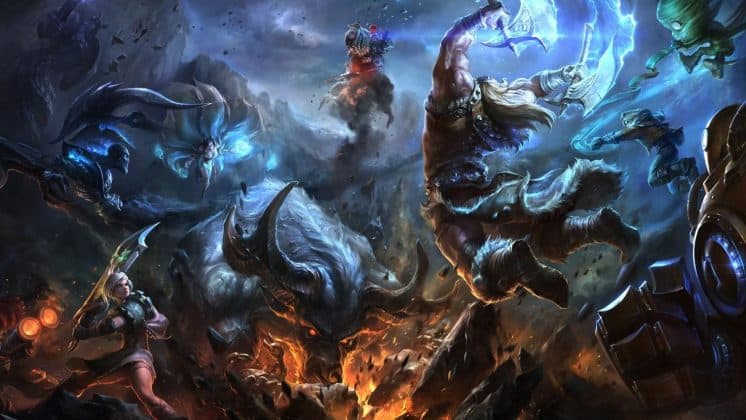 Learn about the champions that can help you dominate the Rift and gain the rank you desire.

The 2021 ranked season is finally here after a couple of months of playing with the shiny, new items in the preseason. Whether you were disappointed with last season's rank, you want to climb higher than ever before, or if you're completely new to the game, the ranked grind is on. So if you want to beef up your champion pool to make sure you're ready, here are our best picks to help you climb with each role!

The top lane is all about the 1v1, the island brawl. Sure, there are still some tanks that hold the lane down as rocks for the team, and some other, weirder picks that pop up once in a while. As such, these choices are focused on being able to win your matchups and have clear win conditions afterward.

The first champion that should be in top laners' repertoire is Camille. Camille is very strong and has a bit of everything in her kit. Mobility, damage, sustain and utility with stuns and a fantastic lockdown with her ult. She can bully some lanes early but also scales like an absolute monster. Regardless of if you have to team fight or split push to win, Camille offers tools for every game and win condition. Because of this, she's a solid pick and reliable like no other. 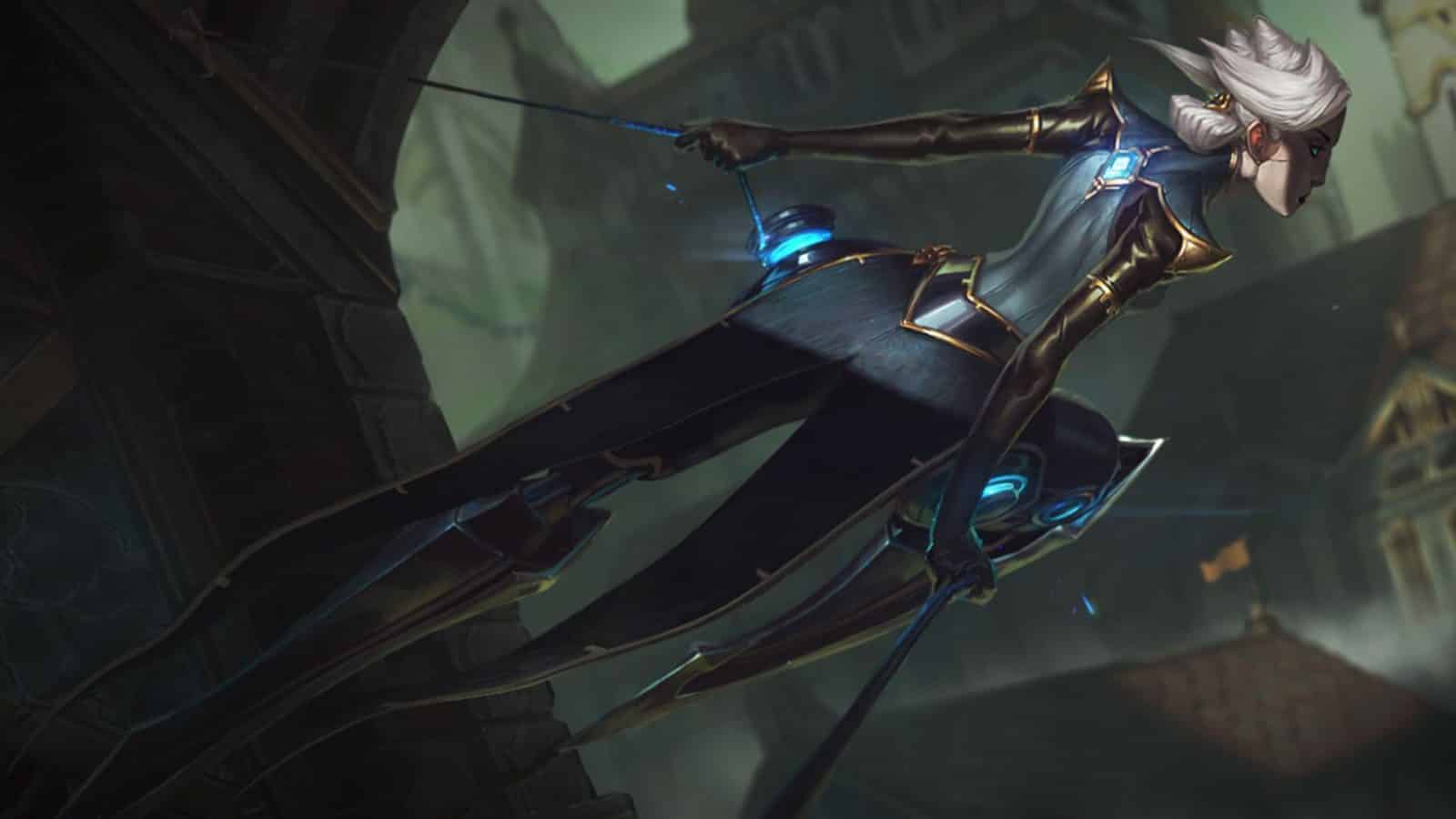 Second is Darius, a champ that strikes fear into the hearts of all top laners. With Ghost and Flash, he can dominate the lane phase and kill enemies that don't respect his insane damage early on. He's a great snowball champion and, as everyone knows, can completely take over games. It should be noted though that he's more of a low ELO stomper and requires more skill to pull off at higher ranks. Still, Darius is a great champion to learn.

Last off is a more tame, tanky member; Shen. While Shen isn't always in the meta, a skilled Shen player will bring his team many victories. Shen has strong dueling potential early on and, with the right itemization, he can continue being a damage threat if need be, but most players usually opt to go for tankier itemization options. Because of his ultimate, Stand United, he can easily join fights from anywhere, meaning he can have early impact and split push later with no worries about joining his team at the critical moment.

The jungle is arguably the most impactful role in solo queue. Making sure your laners are safe and sound while you kill your opponents is often easier said than done. If you're ready to take on this task, these champions can help you snowball your lanes and yourself to victory.

First up is the ravenous barbarian himself, Olaf. Overall, he's a pretty easy champion to play with a lot of the power in the early game. His jungle clear, dueling, and ganks are all pretty good, which is oh so important for having the necessary impact in the early game. Many champions simply can't properly deal with Olaf in the first 15 minutes of the game, so Olaf can often get leads and Ragnarok his way to victory.

In the number two spot is the cute and cuddle duo of Nunu & Willump. Now, these two want to “snowball” the game like Olaf does, but more so with spam ganking and objective control, rather than dueling. Fortunately, they're exceptional at this and provide a lot to any team with both of these things. In addition, Nunu & Willump offer more utility later on as a tank than Olaf does as a bruiser. This champion is great for those that want to help their team a lot. 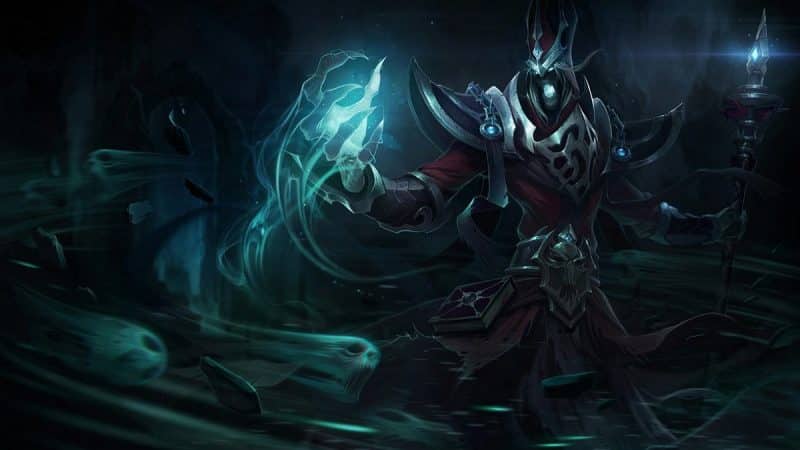 The last jungle champion here is the opposite of a team player though. And that's Karthus. While it isn't always Karthus' meta, the champion itself can rip through games in the right hands. People that can land his Q's will find his early game doable, and with some lucky early kills, Karthus is a terror. Farming for late can put extra tension on your lanes but if you decide you want to have the carry pants, Karthus with his global, full-team-hitting ultimate is for you.

The middle lane offers a ton of versatility in terms of champion picks and map rotations. As such, there's a lot of possible champions or playstyles to play, but these ones will give you the best odds in the crazy world of solo queue.

As probably the most iconic mid pick in all of LoL's history, Orianna holds the first spot here. She brings everything to the table a mage needs to, including wave clear, scaling, safety and high damage output. While Orianna has definitive counters, she can play pretty safely into most matchups. She can also be downright oppressive for opponents she outranges. With her ultimate, Orianna brings devastating team fighting prowess too.

At number two is perhaps the peskiest champion in all of League, Akali. In the past, Akali completely defined metas, and though she's calmed down since then, she remains a solid pick. Her high damage as an assassin is the main draw, but her shroud and general mobility give her a distinct advantage over other picks. It might take a little while to master Akali, but once you do the champion is a fantastic tool to have in your arsenal. 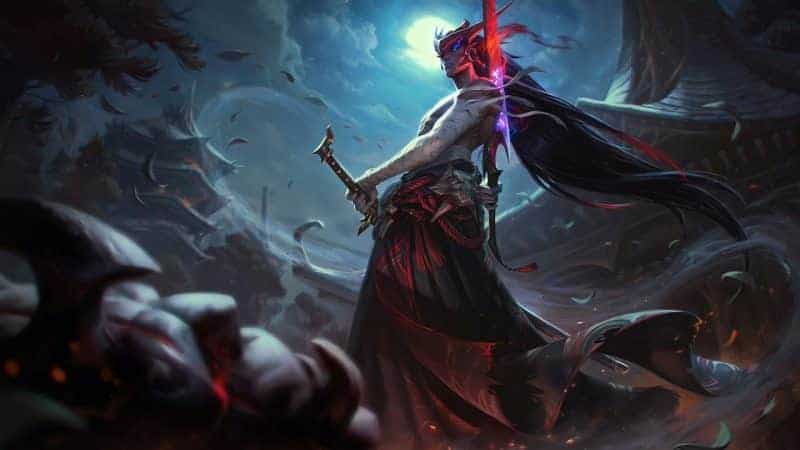 It could seem strange to have two champions together in the same spot, but Yasuo and Yone do very similar things. Because of their similarities, it's more of a preference into which champion you want to spend time learning, if not both. The thing is, both of them have a strong power spike at full crit, stellar dueling tools and game-changing team fight impact. These two also are mechanically difficult so some time is needed to become proficient at them too.

Perhaps the most feast-or-famine role, ADC's are responsible for dealing out massive damage in skirmishes and team fights. With so many threats to the squishy marksmen champs, it's not always easy to pull off the incredible carry performances, but you also have huge carry and snowball potential.

After the drastic item changes in preseason, a few champions benefitted more than most. Chief among them is Jhin, who has risen to popularity with items like Galeforce and Collector. Because of his synergy with the new items, he's likely to be a solid meta pick throughout the season. Along with this, his kit has a built-in root and long-range ultimate to give him a tad more utility. 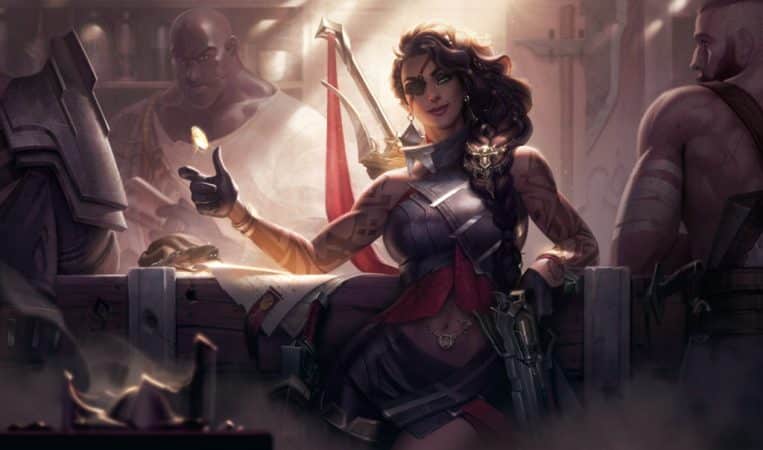 If dueling and flashiness are more your style, then Samira might be more in your wheelhouse. The outplay potential this champion has is incredibly high and she's rewarded for skilled play. Samira has a strong laning phase if accompanied by a CC heavy support, but better yet, her ultimate can rip through an entire team. Overall, she's super fun, flashy and effective as a pure killing machine.

Third on the ADC list is a champion that, no matter what, has a spot in the meta; Ezreal. Unlike the previous two recommendations, Ezreal isn't an insane damage threat but the value an Ezreal brings is stability. He can adjust his playstyle to be passive or aggressive depending on the game state and has fantastic scaling. Even if he isn't the best champ at the time, Ezreal is a stable pick for any ADC player to be familiar with.

Supports never get the love they deserve but their role on a team is nevertheless required. Vision, CC, peel, even damage in some cases; supports can totally carry games themselves. Here are a few that will consistently give you and your team the tools to gain leads and close games.

Thresh is up first, as he's a champion with a ton of unique tools in his kit. With his ranged autos, non-committal hook and lantern, he can play lanes safely if need be, but of course, it's much better for him if he is enabled to be aggressive, as hitting a Death Sentence hook is often a true death sentence. Thresh generally pairs well with any ADC and is good at any stage in the game. 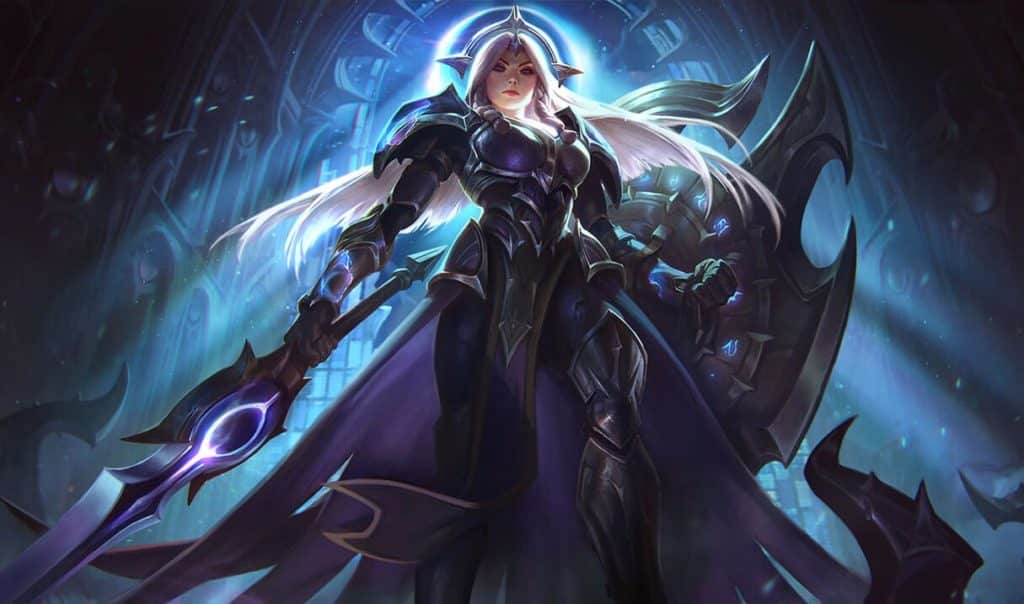 Then is Leona, the all-in queen. Leona boasts an incredible amount of CC and some of the strongest engage in the game. In the world of solo queue, she thrives because she can set up ganks, find kills in lane, influence skirmishes and find game-changing late-game engages. Simple yet effective, Leona is a perfect pick for those who have that all-in mentality and want the tools to make big plays.

Last but not least is Morgana. Like Thresh or Leona, Morgana has CC in her kit and decent engage options. However, she has the Black Shield at her disposal, guarding her allies against CC and potentially swinging fights as a result. Plus she is able to build a bit more damage-oriented so those unfortunate enough to get hit by her Q suffer in her W. Morgana is very versatile and is a must for any support player to know.