We take you through some grinding tips to help you level fast in Fortnite C3 S3.

Each new Season of Fortnite brings a new Battle Pass, with cool skins locked behind those high XP levels. Most people can’t wait to get their hands on the high-tier rewards. This season a Darth Vader skin sits at Level 100, that's a lot of XP standing in your way. Naturally, players are looking for ways to level up fast in Fortnite, C3 S3 has some really unique and quick XP grinding methods for just that.

While some buy their way to the top with Battle Pass levels, there are great XP grinding strategies this time around. Including one that gives an absurd amount of XP for taking care of a tree. If you’re looking to get to those bonus rewards a bit quicker, then these are the best strategies to grind this season. 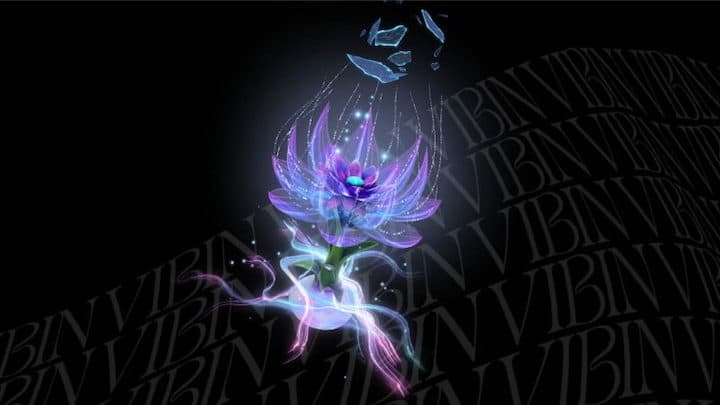 One big strategy that’s been doing the rounds is grinding out reality saplings. They’re part of what’s new in Season 3. This is one of the most efficient ways to get XP at the moment. It involves tending to those small reality trees you can plant in the game. Each tree gives multiple ways to interact and get XP, with a pretty quick timer replenishing those interactions. This is what you need to do: 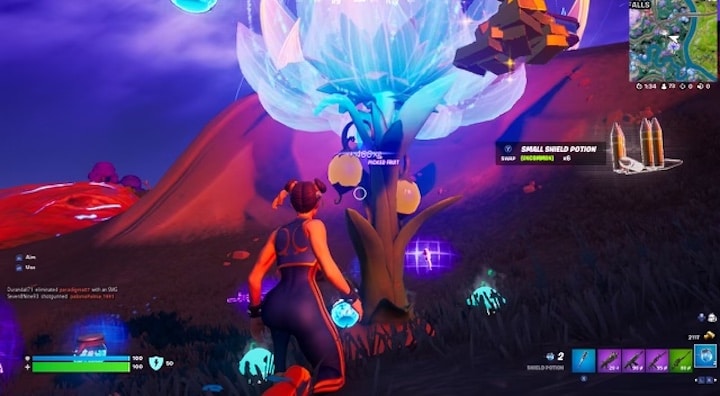 This strategy works to level up fast in Fortnite C3 S3 thanks to the milestone quests. You get bonus XP for repeating an action a certain number of times. The rewards for the reality tree actions are currently way higher than they should be. This grind can give an amazing amount of XP in a very short time.

Another benefit is copious golden loot. If you’ve got a tent to hand, it might be smart to stash away a solid gold loadout. If you hit enough trees, you’re probably going to see a major balancing problem. It’s difficult to leave Reality Falls without puddles of high-tier weapons everywhere. You won’t be needing to buy exotic weapons in these games.

It’s important to weed the trees after you pick the fruit and not before. Then the fruit can then re-grow faster, letting you hit the same trees twice. This is probably the best strategy for leveling up at the moment. Epic just buffed the XP numbers for this, but they’ll probably fix it at some point!

Other Strategies to Level up Fast in Fortnite C3 S3

The reality tree is definitely the top way to level fast in Fortnite right now, but there are other strategies too. These are some of the other low-hassle ways to get XP quickly: 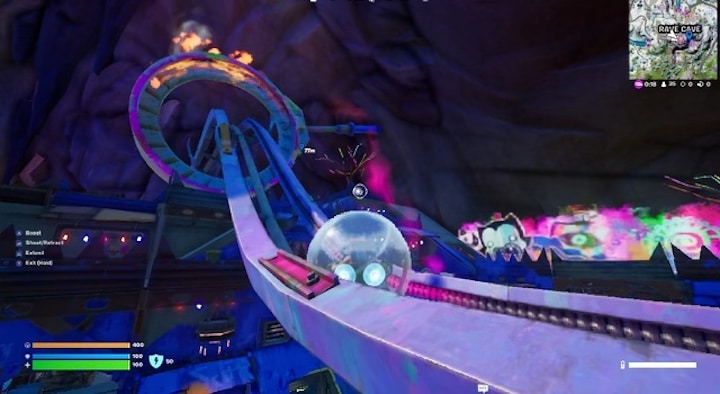 You can basically unlock the Baller milestones passively. There are accomplishments for traveling set distances in the baller. Since this season’s map features a rollercoaster for the vehicles, racking up miles is as simple as hopping on the rollercoaster and leaving it running.

This method won’t require you to do much. It isn’t as quick as the reality tree method, but you can switch to another window for a few storm circles and reap the rewards later. 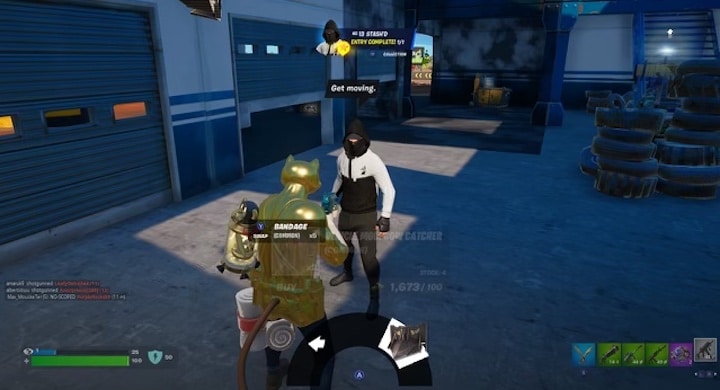 Another milestone that helps to level up fast in Fortnite C3 S3 is destroying objects with a vehicle. You can do this one as you play, but there’s an easy strategy for getting it done quickly:

An alternative route here is to land at the gas station behind the Bugle. That one does have taller buildings, so you can potentially get a bigger score in less time. However, you’re relying on cow catchers and off-road tires to spawn, which isn’t guaranteed. Either route should also net you some quick loot as the building’s contents fall over the floor.

Level Up Fast in Fortnite With Team Rumble

An old tried and trusted way to level up fast in Fortnite C3 S3 is Team Rumble. The game mode essentially gives you free rein, so you can spend most of your time finishing quests without worrying. You also get XP from quests completed by your teammates. If you jump in to complete your dailies that’s a quick way of getting a decent XP boost every day.

Those are some of the top methods around at the moment. The reality tree milestone is probably the way to level fast in Fortnite C3 S3. The others have some value too though, especially when they’re as fun as demolishing towers with a car.

The season has a harder curve for XP right now, so we’ll probably see more generous challenges popping up over the rest of the season!