We summarize all the major changes coming to LEC 2023.

With the conclusion of the LoL esports Kickoffs Event comes new future updates to this year's League of Legends EMEA Championship tournaments. Here's everything we know so far about the major league events to come!

To condense the new format for 2023, the LEC posted a video on their official Twitter page explaining their new championship structure.

LEC will give fans something to look forward to every week, as games will be played on Saturday to Monday, with Split Finals always occurring on Sunday. Six weeks will make up each split, with the LEC Season Finals set to occur in August and September. Appropriately, this time format will allow the league enough time for more matches as we'll discuss in a bit.

Next, the LEC will now hold Winter, Spring, and Summer splits before the Season Finals at the tail end of 2023. Each split is separated into 3 sections, namely the Regular Season, the Group Stage and the Playoffs. Introducing new changes, the LEC plans to follow a new best-of-three's format (or "b03" for short) for the Groups stage. This game style has two teams competing until one side wins 2 out of 3 matches. In case of a tie, the third and final game decides the victor. 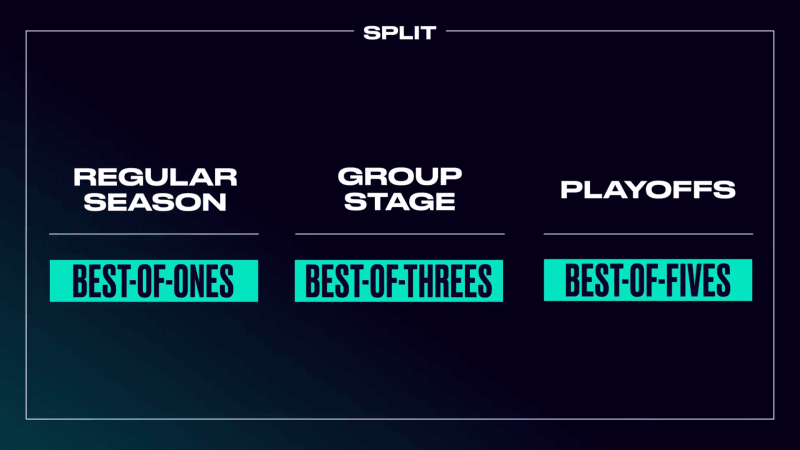 What Happens in an LEC Split?

First, the 2023 Regular season will see 10 LEC teams compete against each other in a "round robin", meaning that every pro team will get a chance to fight against one another. Eight teams with the most wins secured will progress to the Group stage, while the bottom two get eliminated. 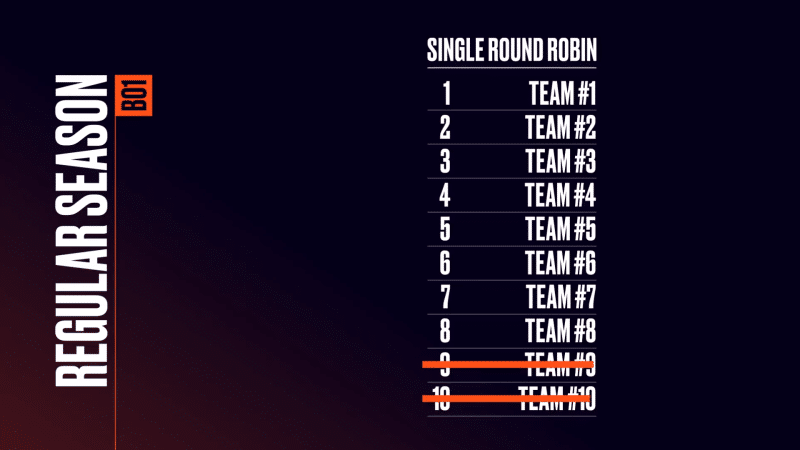 Next, the Group stage will organize the 8 teams into 4 pools. Random draws will eventually separate all teams into 2 groups (Group A and Group B, namely) before they face each other. The top 2 seeds will get to choose their opponents from the lowest-seeding groups. From there, individual teams will fight to win the most series among the remaining LEC rosters. 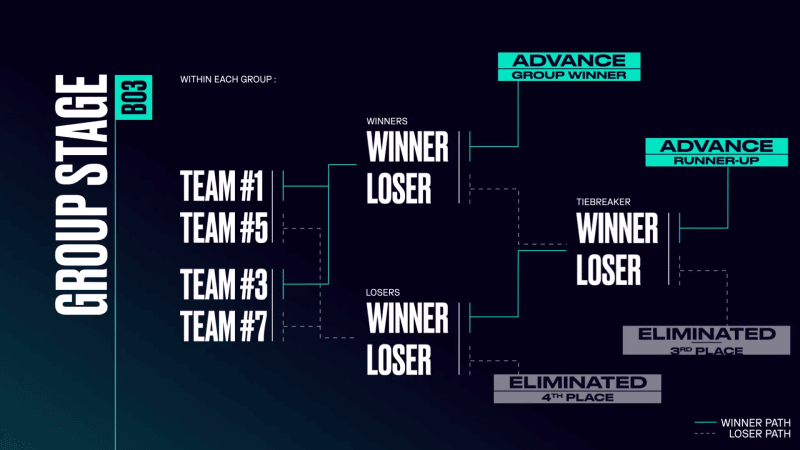 Lastly, the Playoffs will decide which team will move on to the final stage of the season's Split through four bo5 series. The upper bracket's winner progresses to the last playoff match. The loser however can stay in the fight if they manage to beat the winner of the lower bracket. The last two teams face-off in the end for a shot at Season Finals. 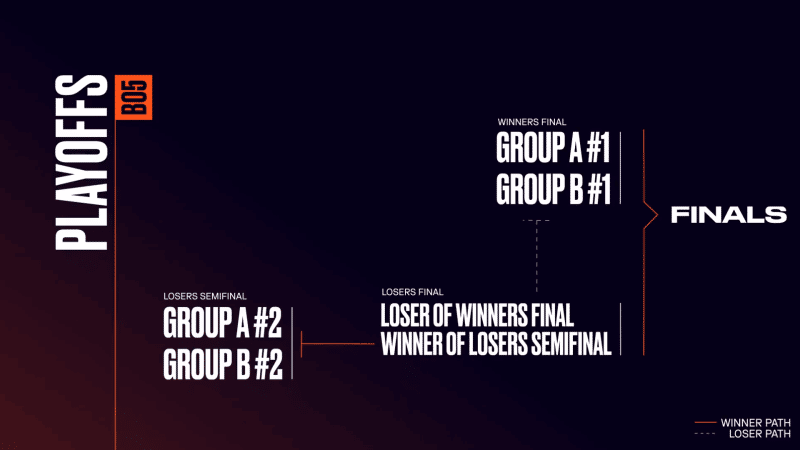 After the Spring split, two LEC teams (most likely the split winners for Winter and Spring) will be chosen to represent EMEA in MSI 2023.

Once all is said and done, three split champions will receive fancy pieces of silverware to commemorate their wins, as well as a secured spot at the year-end stage. Entering the finals, the LEC will choose 6 teams who will go head-to-head by using a new ranking system that awards the best-performing teams. 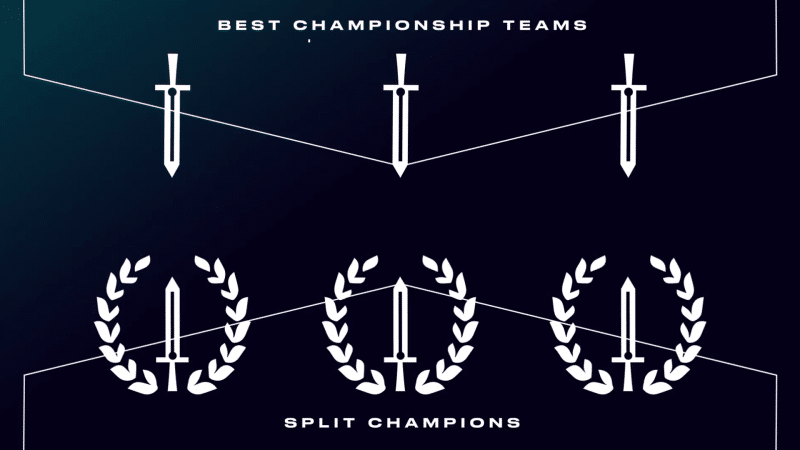 What are Championship Points?

As LEC 2023 finds its thrilling conclusion in its Finals stage, the 3 split champions will face off against 3 other teams who garnered the most Championship Points. These points will be awarded by how high a team is placed in each split, with the Summer split offering the most points among the three. Championship Points will also determine seeding during the last match-up of the year. 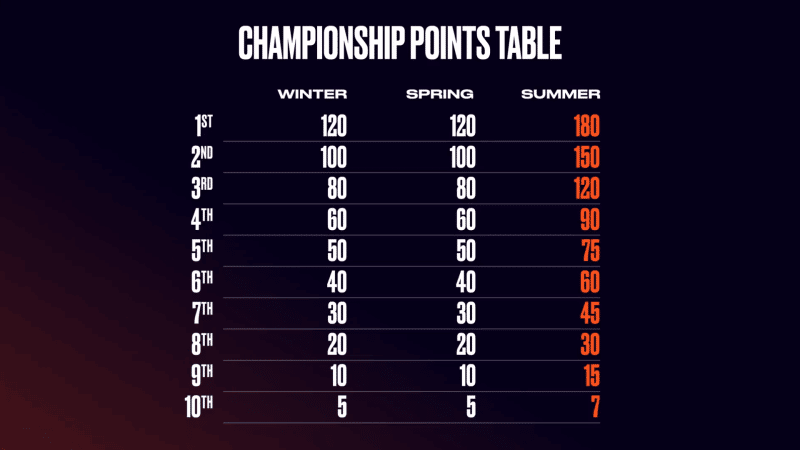 Finally, the Finals will place the 6 highest-ranked teams in another bo5 series to win the LEC trophy and represent the region as the #1 Seed for Worlds 2023.

But how does the addition of Championship points impact the league as a whole? And how will tiebreakers be decided?

Maximillian Schmidt, the director of the EMEA League forwarded an updated FAQ article detailing the recent changes to the upcoming splits. These updates will provide a huge variety of high-octane fights for the fans to watch at home, and eventually live in Berlin for the LEC 2023 Season Finals Roadshow.

In the FAQ artilcle, more information on side selection integrity as well as mid-season patches can be found. One particularly useful bit of info can be gleamed about tiebreakers as well. In the eventuality of three or more teams ending up with the same championship points, the number of "wins vs total matches played" between them will be compared. That said, if your team won more than 50% of your total matches played, you're seeded above the others.

eg. Team A, Team B, and Team C all tie within their various placements of the current phase.

Team A is seeded first, followed by Team C and Team B.

However, if the tied teams hold the same amount of wins, the LEC rulebook dictates that the "Strength of Victory" or SoV statistic tool must be used to decide the victor.

As they prepare for the coming Winter splits, the hardest hitters of the EMEA league are gearing up by focusing on team synergy. We've gotten a taste of their macroplay capabilities during the fun Kickoff Event, and it's only a matter of time before we see these teams in action again.

With the return of Finn "Finn" Wiestål, one of the strongest teams in the LEC are looking forward to a strong series. Find out more about what makes Team Astralis a huge contender for the LEC 2023 trophy here.

For the latest updates on the LEC, follow ESTNN.