Is Valorant The Only Problem CS:GO Faces? 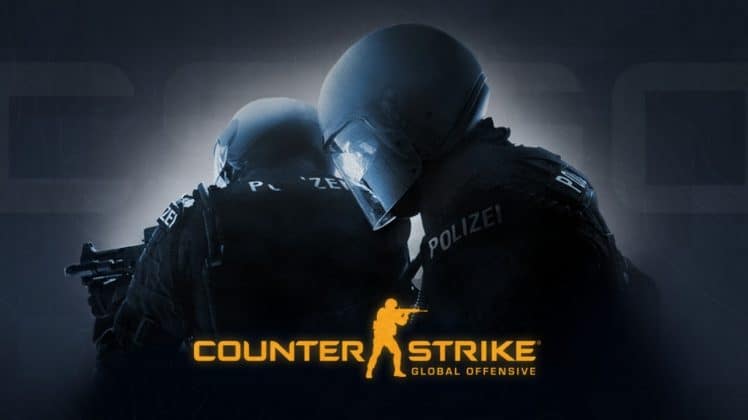 We are in the midst of 2021 and a lot has happened over the past two years to affect Counter-Strike, and Valorant is just a part of the puzzle.

Counter-Strike is Valve’s best child. The most competent and successful one among others like Dota 2 and Team Fortress 2. Even now as you read this article, CS:GO probably sits on the top of steam charts followed by Dota 2. However, being top on steam charts doesn’t show us the whole story. CS:GO has not one but multiple problems which have been dragging the game down for sometime now. Valorant is just one of the problems. Certainly, Valve is trying to compete and better its game, but there are still some critical issues in and around it. Let’s clearly understand what Counter-Strike has gone through in recent times.

Counter-Strike is facing tough competition, but is it just Riot’s Valorant giving the undisputed king of First-person shooter games a run for its money?

Valve faces a weird situation where it competes against other companies who provide third party servers to play CS:GO. Platforms like FaceIT and ESEA have hogged CS:GO’s player base. These servers provide a much better experience to players when compared to Valve’s official servers. Offering 128-tick servers compared to Valve’s old 64-tick, strict anti-cheat system to keep cheaters at bay and overall a better quality of gameplay.

To make it clearer how official matchmaking has taken a hit here is an example: FaceIT had approximately 70k players in 2018 which has climbed to a staggering 15 million at the moment according to their official website. When players face blatant cheaters and smurfs they join the third party servers in search for a pleasant experience.

Of course to compete against the third party services, Valve needs to provide what companies like FaceIT are providing and do it better to attract the players. Maybe Valve’s Source 2 engine could revamp the system, but there is no official information about it. Then again, defeating the cheaters in the game is another story.

Launched on June 2, 2021, Valorant created a spur in the FPS community. Riot’s title has about 14 million average monthly players compared to half a million of CS:GO presently. However, that doesn’t mean CS:GO is miles behind Valorant. In fact, most of Valve’s titles have a smaller yet loyal player base and Counter-strike a much more polished game. What Valorant did was give stiff competition to Valve in the FPS category, a push which Valve had never felt before.

Many professional players from CS:GO switched to Valorant and so did the player base. However, as players left, new players joined CS:GO. What Valorant essentially did was keep Valve on their toes. Healthy competition is good for the community, it keeps developers working to better their product.

Obviously Valve fears if Riot’s title will eat into its share of the pie, but the developers and most people know that the games will co-exist. In fact, what is more intriguing is Valve’s way of doing things in the pre or post Valorant times.

Valve’s Approach To The Community

Valve is scant with their communication to the community. They have become better at it in recent years, but it is still far from how other game developing companies interact with their player base. Whether it is blog posts or social media announcements, Valve have a unique style which is not necessarily bad but not very convincing either.

Valve is aware of this, that is one of the reasons their recent video titled “Let updates do the talking” exists.

The video specifically talks about CS:GO and positively highlights Valve’s approach to the community. Although we can agree Valve has an impressive structure to talk through updates, sometimes it’s just not enough for the community. 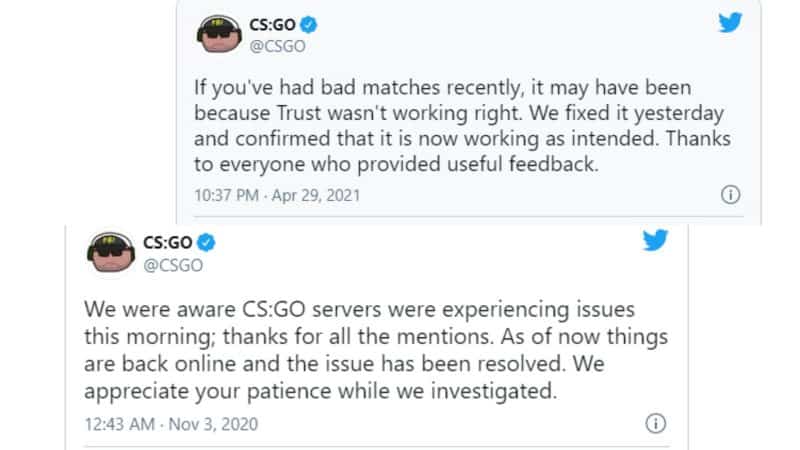 The community is discontent when there is a bug which spoils their experience. Sometimes it needs a swift communication plan. Of course this is an opinion based statement, but blog posts and open communication to the community has its own benefits.

MORE FROM ESTNN
CS:GO: ESL’s Update On Pro Tour & How It Can Change The Pro Scene

It's not like Valve is not doing anything to help the situation. Apart from bugs, they are tackling more problems which are inherent to the game. Their recent updates have been nothing but interesting.

Valve has been incredibly active in rolling out updates this year. The number of updates is not more than what they rolled out in previous years, but the quality of updates are brilliant. The most vital update being the removal of free prime status in the game and introduction of unranked matches.

Valve made CS:GO free in December, 2018 and launched Danger Zone as a battle royale game mode to their title. However, the freemium model of the game had allowed cheaters and smurf accounts to take over the game’s official matchmaking and ruin player-experience. Valve was pretty late in making prime a paid service which is now the only way players can play ranked matches. Although there was little to no immediate impact of the update, it has slowly reduced the cheaters and boosters in the game.

To really get into the groove Valve needs to come up with a wise solution against the cheaters and possibly introduce 128-tick servers. There is a great video on YouTube by Warren Fowler popularly known as TheWarOwl, describing the update and how CS:GO has to become serious in order to stay in the game.

It will take time for Valve to turn doubters into believers, but Counter-Strike has been around for over 22 years. It’s on them to decide if it’s here to stay.