On Day 2 of the IEM Dallas, the competition is heating up as the teams are starting to play Bo3s.

May 31 was the second day of the IEM Dallas, the first LAN event in North America in a long while. Day 1 didn’t have many unexpected results, and we said goodbye to our first teams Movistar Riders and Encore. FaZe and ENCE was the first teams to secure their places in the playoffs.

On Day 2 four more teams (Astralis, MOUZ, Imperial and Complexity) were eliminated from the event and the teams that will guarantee a playoff spot from Group B were decided. After today’s results, FURIA and BIG clinched their spot in the playoffs and will play each other to claim the first spot.

G2 came out of Day 1 with a disappointing loss to ENCE. They were hot to start the series on Nuke, which Astralis picked. They had a strong CT-side and they also completely sweep the second half on T-side. 20+ kill performances from both Ilya 'm0NESY' Osipov and Nemanja 'huNter-' Kovač meant the Danes had no chance.

The second map started much better for Astralis. G2 looked disjointed on the T-side at the start but they were able to get back into rhythm after due to individual performances from the likes of m0NESY. In the second half again G2 isn’t very coordinated and Astralis takes it to map 3 on Vertigo.

Vertigo started out great for Astralis with a big run on the T-side. But G2 had a fantastic CT-side with 9 straight rounds and managed to close out the series. With this result, Astralis is eliminated and G2 plays a Lower Bracket match against Vitality.

MOUZ had some struggles in their recent tournaments, including Major. The same also goes for Team Vitality, which has been missing the peak performance of Mathieu 'ZywOo' Herbaut.

Fortunately for Vitality, ZywOo showed the fans what we know he is capable of. Especially in a close map 1 on Inferno, the AWP-er was very influential in an eventual Vitality victory. On the other side, MOUZ just wasn’t able to close out the game when they were in lead going into the half, albeit a minor one.

The second map wasn’t as close. Vitality came in fast in their map pick and had a dominant 11-4 T-side. MOUZ players’ individual misplays were on display during Mirage, especially Aurimas 'Bymas' Pipiras’ performance left a lot to be desired. Unfortunately for MOUZ, this will be the last game of IEM for them, while Vitality has one more chance at playoffs.

Imperial vs Liquid was a series people expected to go to three games as the veterans of the Brazilian CS went up against Liquid. However, the series wasn’t as close as expected. Liquid started it out by winning the first map on Overpass, which was the Imperial’s pick. Despite the fact Brazilians had a 90% win rate on the map over their last 10 games, Team Liquid’s solid CT side gave them a big advantage and made the comeback almost impossible.

For the second game, we went to Vertigo which is not a very good map for Imperial in recent times. Liquid once again started out with an 11-round half win, this time on the T side. They control the second half well, and Imperial wasn’t in their best shape except Ricardo ‘boltz’ Prass who finished with 24 kills.

With this result, Liquid advanced through the Lower Bracket, while Imperial is out of the competition.

In the second elimination game of Group B, Ninjas went up against hometown team Complexity. Unfortunately for the NA representatives, they weren’t able to match up to the level of NIP and have been eliminated from IEM Dallas 2022.

The first map of the series was Complexity’s pick Vertigo. NIP had a very good CT-sided start on the map and managed to carry their momentum to close it out. NIP’s pick Overpass was a more close affair, the first-half ending with an 8-7 Complexity lead. However, Ninjas managed to claw their back in the second half mostly thanks to the big performance of Fredrik 'REZ' Sterner.

REZ finished the series with 61 total kills, 32 on Vertigo and 29 on Overpass. Star rifler had a 1.87 rating and a +31 K-D difference, more than double of everyone on his team. His performance will once again be key in their next matchup in the Lower Bracket.

FURIA and Cloud9 matchup started on Vertigo, which was Cloud9’s pick. However, C9 couldn’t get to the start they were hoping for as FURIA’s CT-side holds were very impressive. Especially the performance of Rafael 'saffee' Costa who kept FURIA in rounds they had no business being in.

The second map was a more of a closer affair halftime score being 8-7 for FURIA. The Brazilians then went on to take advantage of being on the CT-side in the second half and managed the earn their playoff spot. There were multiple clutches especially on during the series went the way of FURIA that could’ve changed the entire series.

With this result, Cloud9 will have to overcome NIP in the Lower Bracket to preserve their playoff chances. 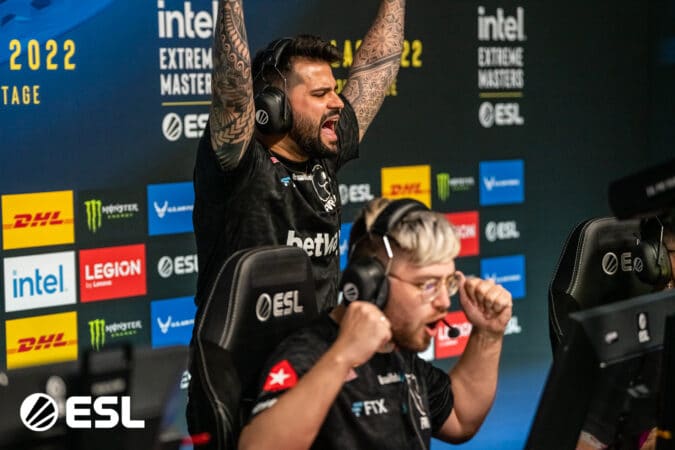 MiBR and BIG both are in IEM to replace other teams and both are looking at this as an opportunity to make playoffs in a weakened tournament bracket. Our first map on Mirage started with a Brazillian lead but BIG managed to make a comeback and take us to the first overtime of the tournament. German representatives closed out the game in double overtime.

As close as the first map is, the second one is just a stomp from BIG. They shot out MiBR on defense and didn’t drop any rounds on T-side either. With this, BIG guarantees a playoff spot and MiBR will play Liquid for a second chance.

June 1 will be the last day of groups for IEM Dallas. Two more teams will be eliminated and the rest of the teams qualifying for the playoffs will be determined. Here is what is scheduled for the final day before we go to the Kay Bailey Hutchison Convention Center: