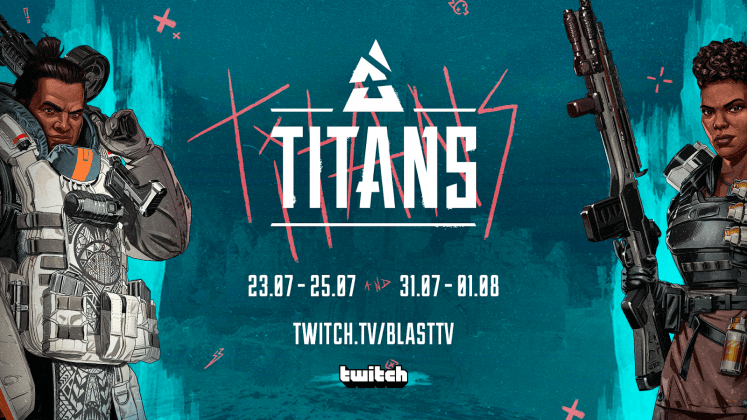 BLAST is bringing its esports scene to Apex Legends in July & August with BLAST Titans.

The event, which will take place between 23-25 of July & July 31-1 of August, is offering up $40,000 in prize pool to those taking part. For this event, BLAST is focused on Europe in this inaugural BLAST Titans tournament. 40 teams will take to the stage from the likes of Gambit, Alliance, and NAVI. The event will be streamed exclusively on Twitch.

As of writing, we only have details about the first-weekend event. With the second event featuring just 20 teams, and only taking place over two days, we can only speculate currently about the plans. This post will be updated once we have more details.

We'll update this page with more info as soon as it becomes available.

Battling it out LIVE on Twitch for a €40,000 prize pool over two weekends!#BLASTTitans | https://t.co/ZA9Wj3NrSd pic.twitter.com/q3ATpTQ2h0

More teams will be announced closer to the event, for now, we have our first selecting of sides taking place in the first-weekend event.

Schedule and how to watch

The $40,000 event will kick off on Friday, July 23 with the group stages. July 24 will feature the upper and lower bracket, before the finals on July 25. All the action can be watched over at Twitch.tv/BLASTTV.

The second event is slated for July 31 – August 1. Stay tuned for more details as they become available!