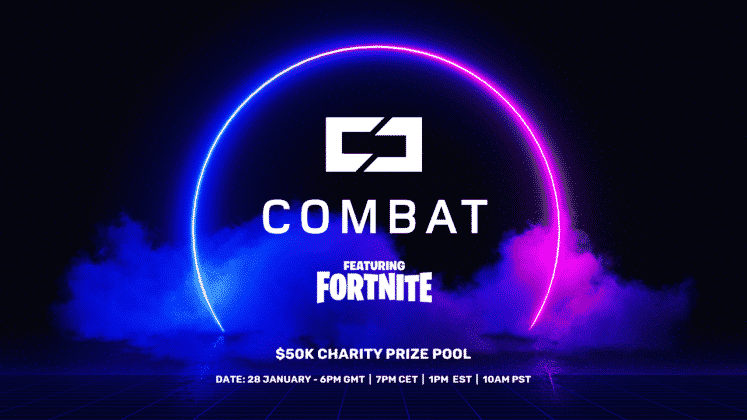 Content creators, celebrities and professional Fortnite Battle Royale players are teaming up with Combat Gaming for a $50K USD charity event this Thursday. Combat Gaming has a history of organizing charitable gaming events, including two Call of Duty: Warzone tournaments, which raise a combined $25K USD. This time around, the gaming and entertainment brand will delve into the realm of Fortnite. Participants will be competing for a top-three finish, and their portion of the winnings goes to the charity of choice. Well-known Fortnite names TheGrefg and Benjyfishy are just two of many others involved in this competition.

A team for the ages 😮

Although an exact format is unclear, Combat Gaming’s $50K USD charity tournament combines one creator, one celebrity and one professional player into one team. Some fans also can enter the event, and those interested can do so on Combat Gaming’s website. Here is the full lineup of entrants expect to compete in the event:

Combat Gaming’s Twitter account has been announcing the different teams on their Twitter account. One of which combines Benjyfishy, TheGrefg and Premier League football star Pierre-Emerick Aubameyang. Stay tuned to the company’s social media accounts for more information leading up to the event on Thursday.

Also Read: Fortnite Winter Trials 2021 – Everything You Need to Know

When and Where You Can Watch

The $50K USD Combat Gaming Charity Fortnite tournament will go live on the brand’s Twitch channel. Here are the broadcast times for those located in Europe and the United States:

Be sure to tune in on Thursday to watch as personalities from different backgrounds compete in one Fortnite event for a good cause!

Combat Gaming is a gaming and entertainment brand that unites a collective of talent from the worlds of music, sports, fashion, and entertainment through a shared passion for gaming. Combat’s members club offers members a unique opportunity to play games with their favorite content creators and celebrities, participate in widescale pro-AM gaming events, have access to exclusive merchandise, and countless more priceless experiences.

Combat is also an events platform, where we have created a charity tournament brand putting on various celebrity entertainment and gaming events. The previous two events enjoyed great success, having over 3.1m views, front-page global support from Twitch and over 70 participating celebrities and content creators. In a short amount of time, Combat has managed to create a recognized and respected events branch that has truly highlighted the universal nature of gaming.