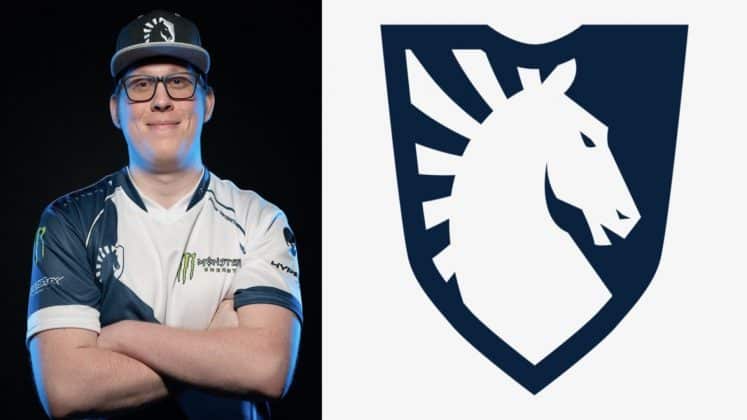 Chap is in search of a new organization after informing the Twittersphere of his free agency from Team Liquid.

Today may have marked the end of an era for Team Liquid’s Fortnite team after Ryan “Chap” Chaplo announced that he is now a free agent, indicating he is fielding offers from other organizations. The announcement came as a bit of a surprise considering Chap is one of the original Fortnite members on Team Liquid. Chap and Team Liquid became synonymous with one another, but the NA East competitor’s Fortnite career with Team Liquid may have come to a close.

Although Chap did discuss the finer points of his choice later on his Twitch stream, the initial announcement provided no context to the decision. Many fans and fellow players did not even believe the Tweet until it became abundantly clear after a follow-up Tweet from Chap. Shortly after the initial message, he proceeded to post an in-game screenshot of his Fortnite skin with the name “Grotto Chap,” confirming that he has, in fact, a free agent. However, Grotto is not a new organization; it is Chap and duo partner MRKN Av’s drop spot in competitive Fortnite matches. As both a content creator and competitive Fortnite player, the loss of Chap would be significant, considering his popularity and skill level.

Chap went into detail on his stream regarding his decision to field offers from other organizations. “I mean Liquid isn’t completely out of the picture guys just so you know,” said Chap live on stream during Fortnite Pro Scrims. “Worst case scenario I could always go back to Liquid and accept that offer but I already have offers that are better so that probably wouldn’t happen.” Chap then proceeded to say that he does not have any official offers, but multiple organizations stated that their proposals would outmatch Team Liquid’s at the very minimum.

The reason for Chap’s decision solely reflects the contract that Team Liquid offered him, presumably at the end of his contract with the organization. A recent feud sparked between himself and Twitch superstar Turner “Tfue” Tenney over The Grotto most definitely increased Chap’s popularity for better or worse. On top of his recent surge in Twitch viewers, Chap and duo partner MRKN Av have won multiple tournaments together, including several Daily Duo Cup events and even a Contender Duo Cash Cup last week. Chap feels that he is worth more than Team Liquid is willing to offer him, which directly led to his free-agent Tweet and subsequent discussion about other organizations.

It seems clear that Chap will move on from Team Liquid, but even he left the door open for a return. Although the contract offer did not appeal to him, Chap has spent almost two years with Team Liquid and established connections within the organization. He has teamed with nearly every active member such as Noah “Vivid” Wright, Tom “72hrs” Mulligan, Jake “Poach” Brumleve and Adam “Strafesh0t” Crawford. Chap will accept whatever offer is the best, even if that does not necessarily mean earning the most money. The two-time Fortnite Champion Series finalist has a lot riding on this decision, and he will likely take some time to weigh options before putting pen to paper with a new organization.

Stay tuned to ESTNN for further developments on this story and all competitive Fortnite news.