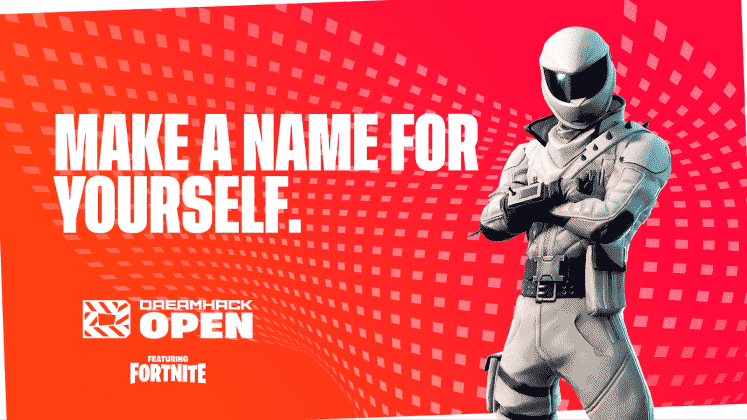 Results from the semi-finals of the inaugural DreamHack Online Open featuring Fortnite.

Day two of the first-ever DreamHack Open featuring Fortnite is in the books. Yesterday, tens of thousands of Fortnite players went through the rigor that was open qualifiers. To qualify, participants needed around 400 points across ten matches or three hours, whichever came first. Although the competition was undoubtedly steep, several top professional players had little trouble securing a position in the semi-finals.

In the semi-finals, 500 players in the NA East and Europe regions narrowed themselves down to only 100 for the Grand Finals. It was an intense day of action as usual in competitive Fortnite. Professional players and relative unknowns had the same goal in mind, qualify. With all that said, let’s take a look at which players from Europe and NA East punched themselves a ticket to the finals. 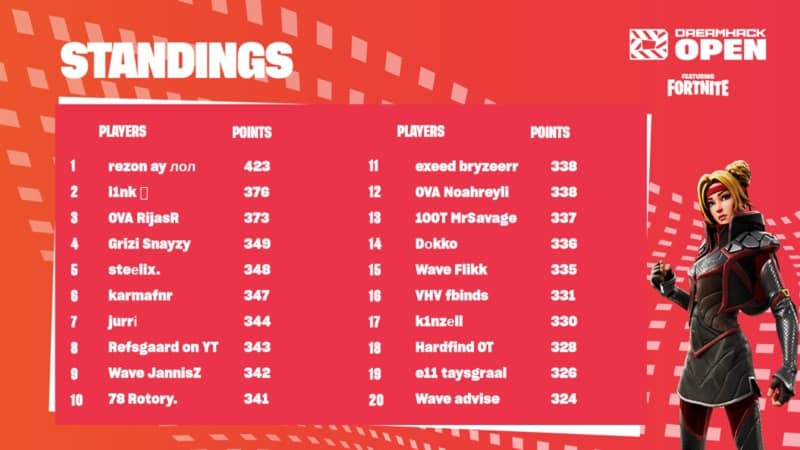 After winning the Mongraal Cup just four days ago, rezon ay continued his impressive solo run in the DreamHack Open Semi-Finals. The German-native compiled 33 eliminations and two Victory Royales across nine matches. Rezon ay is one of the clear favorites heading into the Grand Finals, where he will look to pick up his first major tournament victory and $16K USD. 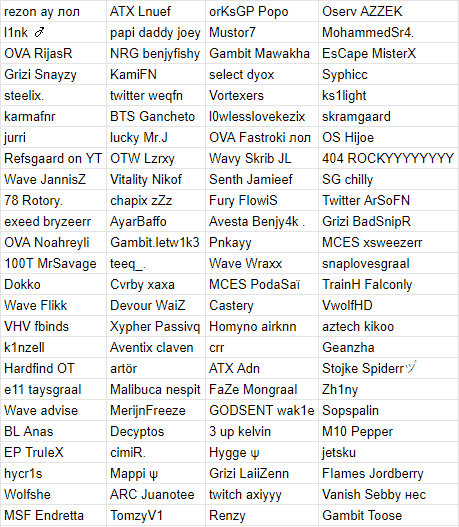 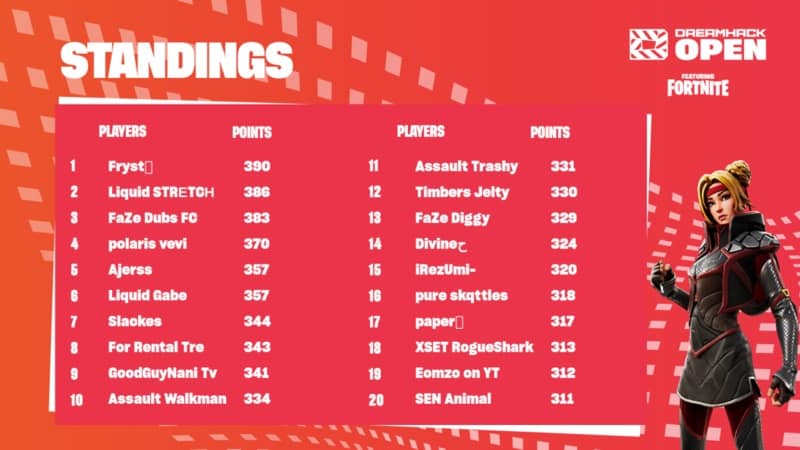 Fryst took home the victory in the semi-finals after finished second in heat one yesterday. Like rezon ay on the EU side, Fryst is a grinder that has risen through the ranks for the past few months. He took 17th in the FNCS Invitational and, this time around wins the DreamHack Open Semi-Finals. Fryst earned 390 points, finishing all ten of his matches with two Victory Royales and 29 eliminations. It was an excellent performance, which he will look to continue into in the Grand Finals tomorrow.

Liquid STRETCH fell four points short of first with 386. He streamed the entire tournament with full intentions of w-keying everyone after regularly dropping at The Authority, which proved successful. He won two matches and collected 24 eliminations across ten games. FaZe Dubs rounded out the top three with 383 points. Other recognizable names qualified for the Grand Finals include Fortnite World Cup Champion Bugha, TSM Commandment and TSM ZexRow. 100T MrSavage, NRG benjyfishy and FaZe Mongraal also qualified for NA East Finals. See the full list of qualifiers below: 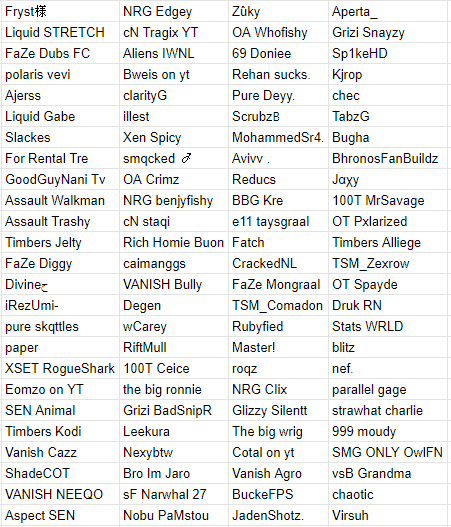 Stay tuned to ESTNN for the final results of the DreamHack Online Open featuring Fortnite!