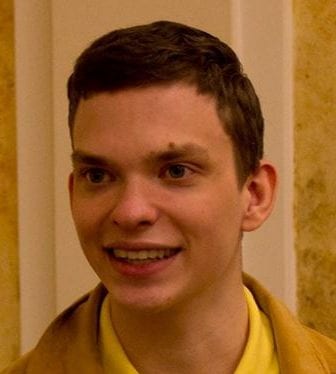 Follow the Money: How Healthy is CS:GO’s Esport Scene? It’s no secret that it’s been a challenge to find profits in the world of esport nowadays, and it seems like mainstream interest, and a growing revenue pressure could very well collide in 2019. CS:GO’s third-party tournament circuit continues to produce eye-popping endeavors and sponsorship deals while many whisper about a potentially more extensive market correction. Just how good an idea is it to invest in the world of terrorists and CTs right now?

Who You Gonna Call?

When Morgan Stanley devotes multiple papers to your industry, it’s clear that you’ve started playing with the grown-ups. In May, they named esports a “$13b call option” (though the range between different scenarios was incredibly wide), a report that was predated by a previous discussion in January titled “Have eSports (sic!) Hit the Majors?” – a level of seriousness added to the furor over the increasing viability of making money out (and off) of professional gamers. With a steady stream of almost daily announcements over sponsorship deals, partnerships, and many other opportunities, it might be unfathomable that storm clouds are gathering on the horizon: and yet, quite a few insiders seem to think that a wide variety of entities in the space are overvalued and a correction is coming.

The recent arrival of traditional sports teams from all over the world into the esport scene has certainly shaken things up: while their presence has given additional clout to the notion that professional gaming is here to stay, the financials are not just there for many of the pioneers. Investor interest remains high – unreasonably high according to many per an analysis over at Sports Business Daily –, and whatever lofty ideas people seemed to have about revenue options don’t seem to line up with reality. The most stable and prosperous organizations consciously diversified, aggressively cultivating their brands and content creator personalities beyond the focus on competitive teams: one of the more extreme examples include Tempo/Storm’s involvement in a crowdfunded card game still under development. Team Liquid place great emphasis on their namesake encyclopedia and multiple community websites as well. With no unified organization heading the world of esports, it’s more difficult to make things work just by focusing on competitive results.

Tournament organizers are also facing similar struggles: while CS:GO’s overall viewership continued to grow in 2018, the broadcasts still don’t have any meaningful PPV element to them. ESL’s flagship deal with Facebook has not met expectations, and while they also haven’t yet managed to crack the code on running profitable events, there is cause for optimism as the first quarter of the year saw over 70% growth in revenues in that area. Not only that, but the renewed ESL/Intel partnership deal – the first iteration of which was marked by the launch of the Intel Grand Slam initiative – is also a welcome cash boost.

One of the most exciting developments of the month was their move to end the duopoly in the field of online leagues, completely crushing FACEIT’s ECS in prestige by opting to move the entirety of Pro League’s ninth season to a LAN environment. Beyond the organizational costs, this move could not have been cheap. The offline nature of the league means that it will actively interfere with other tournaments over the year for the first time in the history of the league. The fact that the participating teams agreed to show up for every match is such a massive commitment that they’ve likely required some compensation to make it happen.

Whether ventures like these remain sustainable in the long run remains to be seen. It’s certainly a cause for concern that esport organizations are valued around 14 times higher than their annual revenue – a figure over twice as high as the NBA average. Recently, high-profile organizations like Echo Fox and OpTic Gaming (specifically, its holding company) both made major staff cuts. The end of 2018 also saw Blizzard completely cut the esport scene of Heroes of the Storm with little previous warning: a move that embodies the inherent risk present for every party in this endeavor.

Just like with every other competition, not everyone can be a winner.

Echoes of The Past

For those with even a cursory interest about the past of esports, comparisons with the Championship Gaming Series are an easy way to draw a parallel between the current level of investor interest and former high-profile failures. A pioneering venture by ex-Fox Sports president David Hill (at DirectTV at the time), CGS was meant to create an exclusive set of leagues in a bid to legitimize competitive gaming in the eyes of a broader audience, securing broadcasting rights incredibly early on for what would hopefully turn out to be a significant investment later down the line.

The businessmen behind the venture may have had a good idea about the world of television, but they were woefully amateurish when it came to the world of gaming. Shocking expenditures like $300 000 per season for the commentator services of an ex-Quake/Painkiller pro (remember, we were in 2007!), the inaugural player draft hosted at the Playboy Mansion of all places and lackluster returns would mean that the entire enterprise folded in its second year, massively depressing investor interest in the scene for many years to come.

Clearly, there’s no space for such indulgences in the current landscape, but with revenue levels not yet matching investor interest, it’s inevitable that a decent chunk of orgs will be forced to downscale or close the doors completely. For the people with the money, this seems to be a baked-in risk for a high-potential industry. In their mind, the real question whether the current players in the market will manage to find their way from the wilderness to profitability. This is something which will likely depend on the understanding of individual CEOs rather than broader economic trends. It is yet to be determined whether the field’s long-term viability is an inferno disguising itself as a mirage before turning all their money into dust.