Slight changes to the established order, but devoid of any real surprises.

With the second group finishing its run, it’s time to look back at the matches that took place in the last 3 days. If you’re a fan of upsets and underdog stories, we don’t have much for you other than the fact that G2 Esports managed to defeat the dominant FaZe Clan to take top spot in the group. However, for admirers of top-level Counter-Strike: Global Offensive, there’s plenty of action to talk about.

If you’re not aware of what went down in the first two days of Group B matches, you can find our recap for them here. 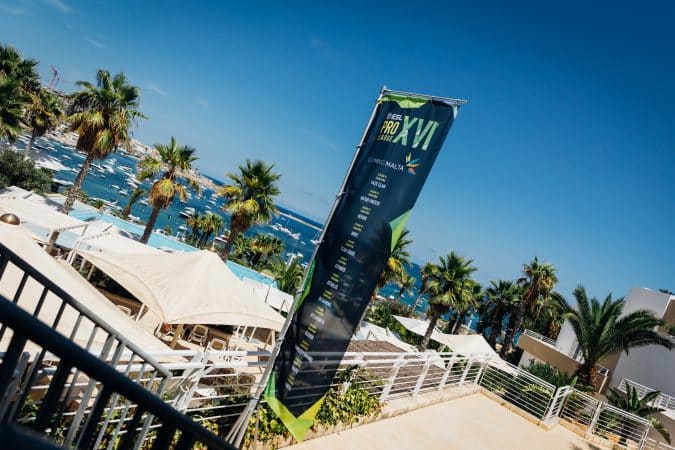 The results between this group of CSGO teams almost all went as predicted, with the favorites to win a match doing so every time except once out of 15 matches. Day 3 dawned with G2 trouncing a dejected For The Win Esports, which was followed by arguably the closest series the group saw as BIG and FaZe triumphed 2-1 over MIBR and Outsiders respectively.

On the penultimate day, BIG ended any inklings of hope that FTW may still have been harboring about qualifying, but not without some strong fight from the underdogs. Outsiders then took MIBR to the cleaners before the only real “upset” took place as G2 not only beat FaZe, but did so cleanly and convincingly.

On the final day, there were some exciting matches, but they all ended with the same 2-0 results in favor of MIBR, G2, and FaZe, with FTW, Outsiders, and BIG being on the losing end in that order.

The group ended with results in perfect numerical order, making even the mention of round difference unnecessary. G2 won all their matches, FaZe came in second, and Outsiders brought up the qualifying rear. In the sadder half of the group, BIG faced yet another disappointing tournament result, MIBR once again tasted the kind of failure on the big stage they’re used to by now, and FTW, well, couldn’t play to live up to their name even once.

With at least four top-tier teams in the group, it was always going to go down to the wire as far as qualification was concerned.

Justin “jks” Savage stood tall above his nevertheless-rock-solid teammates as G2 ransacked FTW 16-5 on Inferno, before young superstar Ilya “m0NESY” Osipov took over the top spot as his team bullied the Portuguese squad 16-6 on Ancient.

The second match had a lot more oomph to it — at least in the first two maps. BIG barely edged out MIBR 16-14 on Vertigo, with Karim ”Krimbo” Moussa all but carrying the team and undoing the hard work of Henrique “HEN1″ Teles and the rest of MIBR. The Brazilians struck back in the next game, winning by the same margin on Nuke with HEN1 once again ruling the roost. Sadly for them, the third match was a 16-1 battering on Dust 2 as BIG slammed the door shut. Johannes ”tabseN” Wodarz, Nils ”k1to”Gruhne and Florian ”syrsoN” Rische were all brilliant.

The biggest game of the day on paper, FaZe vs Outsiders, began with two 16-5 thrashings, with FaZe taking the first on Dust 2 and the Russians reversing the results on Ancient. Russel “Twistzz” Van Dulken was clinical on the former, while the second was a team effort with Dzhami “Jame” Ali and Pyotr “fame” Bolyshev on top. The last match was a much closer affair, but FaZe outclassed their opponents for a 16-11 win on Inferno with Robin “ropz” Kool going ham.

Every single day seemed to have opened with FTW getting absolutely massacred, but this time they had a thing or two to say to BIG as they took a map off of the Germans. BIG won Inferno 16-7 with syrsoN on top, but Dust 2 belonged to the underdogs as André “Ag1l” Gil carried his side to a proud 16-12 victory. Sadly, their success was short-lived as syrsoN and tabseN set about to destroy them on Nuke, with BIG winning 16-6.

MIBR are no pushovers, but they might as well have been as they were butchered 16-2 by Bolyshev and the rest of Outsiders on Vertigo. The second map was Inferno, but despite the best efforts of HEN1, MIBR once again crumbled to a 16-7 defeat thanks to some solid shooting by Evgeniy “FL1T” Lebedev and David “n0rb3r7” Daniyelyan.

The final game of Day 4 was what everyone had been waiting for, but G2 made FaZe look like amateurs as they routed the reigning Major champions 16-7 on Dust 2, with fan favorite Ilya “m0NESY” Osipov way ahead at the top of the charts. Up next was Nuke, and although it was much more competitive, m0NESY once again played out of his mind to carry G2 to a resounding 16-12 win.

The final day once again saw FTW losing, but this time things were much closer as MIBR won 16-12 on Vertigo and 19-17 on Nuke. Raphael “exit” Lacerda and Breno “brnz4n” Poletto were excellent on the first, but it was once again the veteran HEN1 who carried his team hard on the second map.

With G2 and Outsiders not too far apart in terms of skill on paper, it came as a bit of a shock when the former smashed their opponents 16-2 on Inferno, with m0NESY and Nikola “NiKo” Kovač dominating the field. Ancient was a different story, though, as Outsiders were well ahead with the score at 15-8. However, they failed to get a single round as G2’s ironclad defense equaled the scores, and lost the game in Overtime. Once again, NiKo and m0NESY were the deciding factors.

Finally, FaZe beat big 16-11 on both Dust 2 and Nuke, with Twitzz and Håvard “rain” Nygaard stepping up on the first map and ropz and Helvijs “broky” Saukants leading the way in the second.

With the likes of Astralis and Heroic locking horns in Group C soon, there will be plenty of coverage of ESL Pro League from us, so stick around.