A little late to the wipe? Or want to expand your strategies? Here are a couple of things you should know to survive the early days of a Tarkov Wipe.

Sorry, that we're a little bit late with this one. But it took us a bit to get the lay of the land in Escape from Tarkov's latest patch (read the patch notes here) and the wipe coming with it. If you're already a grizzled veteran in the world of Escape from Tarkov, this piece might have some tricks and tips for you that could help you out there. But if this is your first wipe, consider this an essential lifeline and mental support while you'll inevitably get "tarkoved" and curse the name of Nikita.

If you're new to Escape from Tarkov, especially with the twitch drops that got dispersed over the last couple of weeks, you'll probably wonder what all the fuss is about. Generally, a wipe in Escape from Tarkov means that all player progression gets reset and everyone starts back at ground zero. No one has anything and the chances someone will just mow you down with a railgun from outer space on your first few quests are a little slimmer than later into the wipe.

Early in the wipe, it's also where there's the most player activity. It's genuinely the most fun to play since everyone is fighting over scraps and firefights are at least a little fairer. Well, as fair as it gets in Escape from Tarkov.

As a new player, this is the perfect time to jump into Battlestate Games survival shooter. If you're really new to all of this, you can check out our beginner's guide here. But stick around as we'll lay out the tricks of the trade and some general advice that will get you through the early weeks of the wipe!

Escape from Tarkov in its current state leads you on a long, breadcrumb trail of quests and various ways of progression. As a new player, this can be quite overwhelming, even if most of it is rather straightforward. And Escape from Tarkov isn't exactly the kind of game you can only play for one or two runs every few days. It takes a considerable time investment to get anywhere.

If this is your first wipe, your only ambition should be to learn the game and, most importantly, all the maps. Learn where all the hotspots are, where all the exfiltration and infiltration points are and where you can avoid getting mowed down by Killa.

From there, your goals should be general for the wipe. Do you want to hit a specific level? Get the illustrious Kappa container? Complete the infamous Shooter Born in Heaven quest? Get a max-level Bitcoin farm? Something like that, you'll be more motivated to play if you have goals to work towards. Do keep in mind, however, that some of the more illustrious ones out there take a whole lot of effort and you'll only have a good six months until the next wipe.

As wild as that may sound, playing Escape from Tarkov with others is fun, and crazy, right? But there is more to that than companionship and having a shoulder to cry on. Having a somewhat competitive team that communicates with each other can give you a real advantage out there. Especially when you're all at the same stage of progression and can help each other out. Luckily, the way Tarkov is structured, there is always something to do on one map for everyone. Be it completing tasks or just looking around for a specific item.

And having a good pool of players to team up with is always good. So either ask around in your circle of friends if someone wants to play Tarkov, or make some new ones in one of the various communities. The official Escape from Tarkov discord server is a great place to start. If you're a new player, you'll find someone who's going to teach you the tricks of the trade and you should also very easily be able to link up with other players on the same tasks as you are.

If you think Escape from Tarkov, the thought of respecting your fellow PMCs/Scavs will not often cross your mind. After all, everything that moves is just a loot pinata ready to be mowed down by shotgun shells, right? But it's a little different in the early goings of the wipe. Since every gun and bullet is sacred, people tend to avoid conflict as much as possible. After all is it really worth risking it all if you have your inventory full of quest-related items? So make frequent use of the ingame voice chat.

You can't trust anyone, but we're willing to bet that most players in the early goings of a wipe just want to go out and get their stuff done. So if the opportunity presents itself, try and negotiate for peace—also, a great way to lure unsuspecting players into a trap. I was just saying. 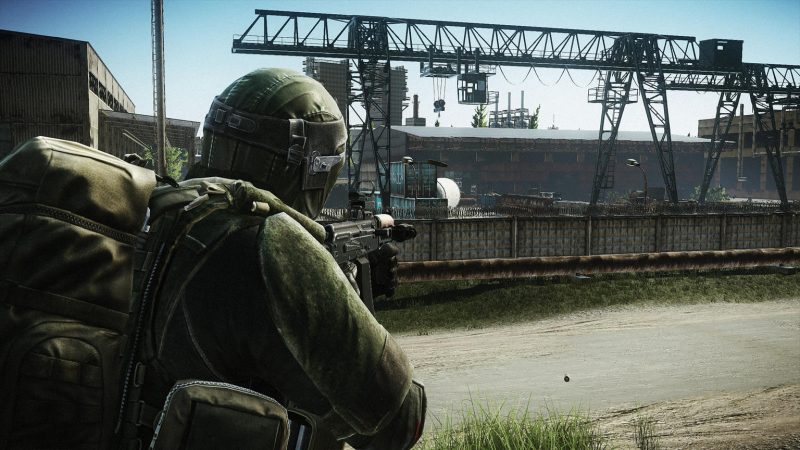 4. Scav Run As Much As Possible

Doing runs on a map as a Scav should be second nature to you. Especially early in the wipe to get up that sweet reputation with Fence up. In the early wipe, the Scav life is generally an easy one. Pickings are generally slim but as a Scav you can make get some nice loot by running to all the hidden stashes on maps like Interchange or Customs. Make frequent use of the Scav runs; not only is it free equipment. Especially in the early goings of the wipe when you don't have access to the flea market. It's also a great way to generate money without risking anything.

So try and flip between PMC and Scav runs as much as possible. As long as you don't shoot your fellow Scavs and stir no trouble, you're going to have a relatively easy time. If you have a little more experience, offer PMCs to take them to the special extraction points. Especially in the early wipe, they'll consider such an offer a godsend. Now, if you're going to betray them before you get there, well, that's up to you. It's highly encouraged, though.

5. Heavily Invest In Your Hideout

Over the last few years, Battlestate Games has made sure that the Hideout is a considerable part of the game. Having a decent Hideout will make your life easier in various ways. Being able to craft basic equipment, mod your weapons, or generating some sweet cash.

So instead of honing in on quests, make it a habit to look for all the materials needed to upgrade your Hideout. Make a mental shopping list of the things you need and try to prioritize getting those materials instead of items you might be able to sell on the Flea Market a big turnaround.

For anyone who takes Escape from Tarkov remotely series, the Flea Market is considered the holy grail. Once you unlock it at PMC rank 15, it becomes the center of most of your Tarkov-related exploits.

To explain it to new players really quickly, the Flea Market is a player-driven market that allows you to sell and purchase items you found in-raid. Purchasing items on the Flea Market will strip them of their found in-raid status, which means you can't turn them in for quests most of the time. But it's an easy way to stock up on resources, usually cheaper than other traders, and also a great way to get ahead with your hideout construction. So consider unlocking the Flea Market to be one of your top priorities. 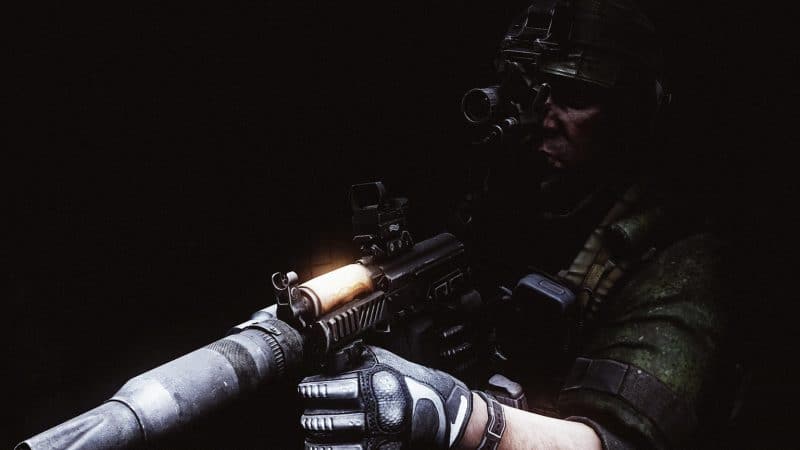 Escape from Tarkov is a survival game at its heart. It should be no surprise that surviving a raid should be your number one priority when playing Escape from Tarkov. Many players will charge headfirst into danger and take on fights they are not prepared for. Especially when you're just trying to gain EXP, keep in mind that you get a bunch of EXP just from extracting a raid with a bunch of loot.

So value your digital life. Just because you have a quest on Custom that has you head into the Dorms and the construction site doesn't mean you should try only to do that quest. In the end, Escape from Tarkov is all about risk assessment and bringing the right gear for the job. There is nothing wrong with being a rat on Interchange or Reserve to fill up your pockets. And you'll always progress in some way as long as you survive.

8. Know Your (Loadouts) Worth

Going on a milk run in Escape from Tarkov to get some items that have a slow chance of dropping anyways; is probably not the time to bust out that extremely modded AK with all the expensive sights on it. It is always worth saying it but, always bring the tools for the job. There is no use bringing a full loadout with expensive gear every time you just want to romp through Reserve to collect some basic resources casually.

This also means that you should also heavily consider what others might bring into the raid. In Factory and Lab, you'll usually find anything that works close quarters, so bring some shotguns, grenades, and SMGs to stay on your feet. On a map like woods or shoreline, you'll generally get into encounters in the open field over vast distances. So in the early goings on the wipe, having a trusty rifle becomes essential. Consider all of this and you'll be thriving in no time.

You've probably noticed a theme with all these little tips and tricks here. Think before you do anything in Escape from Tarkov. While Battlestate Games' title has a reputation for being merciless and cruel, a lot of it can be traced back to players being impatient. While those twitchy reactions and quick thinking can save your butt a lot of times, trying to think ahead of things can get you to avoid most of these situations.

So before you load into a map? Make a plan, consider the spots you'll spawn, and get a general idea of what spots you want to hit before extracting. Generally, you want to go from one end of the map to the other, don't get into any too-bad fights in the middle, and make it out alive. Consider your gear; what gun are you comfortable with? Do you think extra meds will be needed? Is it a big map? Bring some food and a bottle of water.

And if you keep everything you learned here in mind, your next few raids in Tarkov will be successful. Probably. Maybe. Well, most likely not. You'll die a lot, but that's just part of the experience, isn't it? Just don't make the mistake of getting attached to your bullets and super cool guns. You'll die, you'll lose them and you'll cry. So try and get good with something cheap instead!

For more on Escape from Tarkov and more in esports, check us out here at ESTNN