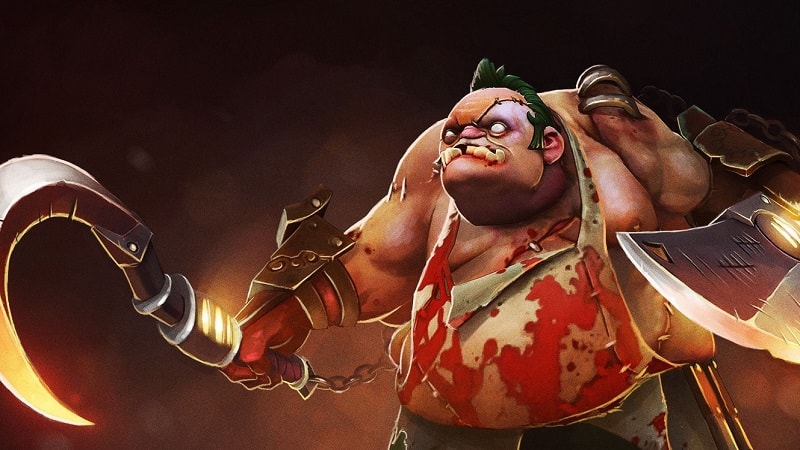 Even though he is one of the most popular heroes in Dota 2, Pudge just doesn’t work in this bracket.

There are many iconic Dota 2 heroes that are always popular, regardless of the patch. One of those heroes is Pudge, arguably Dota 2’s most famous hero. He is always the hero that gets picked the most, regardless of whether he is good or not in the given patch.

Even though he has a fairly decent win-rating in the lower-MMR brackets, that’s not the case when it comes down to the “big league” - Divine/Immortal. There, Pudge has around 45% win rating, according to DotaBuff, which makes him one of the least successful heroes.

Many of you might be asking themselves why that’s the case, so we’ve decided to give you some answers. Of course, they are entirely subjective, so your opinion might be different from ours.

People know how to avoid him

The main advantage of having Pudge on your team is that he can surprise the enemy. However, if the player on the enemy team is good, he will know how to position himself so that he doesn’t get hooked early on. As a result, this will make Pudge a lot less effective during the laning stage. After all, this is the time where this hero shines the most.

Once the laning stage is over, Pudge is not really all that useful. Sure, he can pull off some good initiations sometimes, but the hero definitely shines the most early on. So, if you manage to neglect his effect during that time, you should have a pretty good time later on.

The hero is too risky

The second reason why this hero just doesn’t work in the highest MMR bracket is that he is just too risky. What this means is that he is capable of doing a lot for his team, but at the same time, he can also fail. As a result, most players prefer to pick something that’s more reliable and has room for error.

Sure, landing that important hook is great. However, if you fail to do it, you won’t be able to contribute that much during the fight. Needless to say, this is not a situation you want to be in, especially if it’s in a late-game scenario.

Pudge is prone to feed

Even though the people who love playing this hero won’t admit it, Pudge is one of the heroes in Dota 2 that can go into a feeding spree really easy. This probably is not that big of a surprise for some of you because he has Rot.

Even if you’re good with Pudge, it’s always possible to die more times than you should, which always has a negative effect, especially whenever you’re playing with really good people.

Overall, Pudge is a fun pick, but if you're playing with the best of the best, you might want to reconsider before picking him.