Dota 2: Why isn't Tinker Good in the Current Meta? 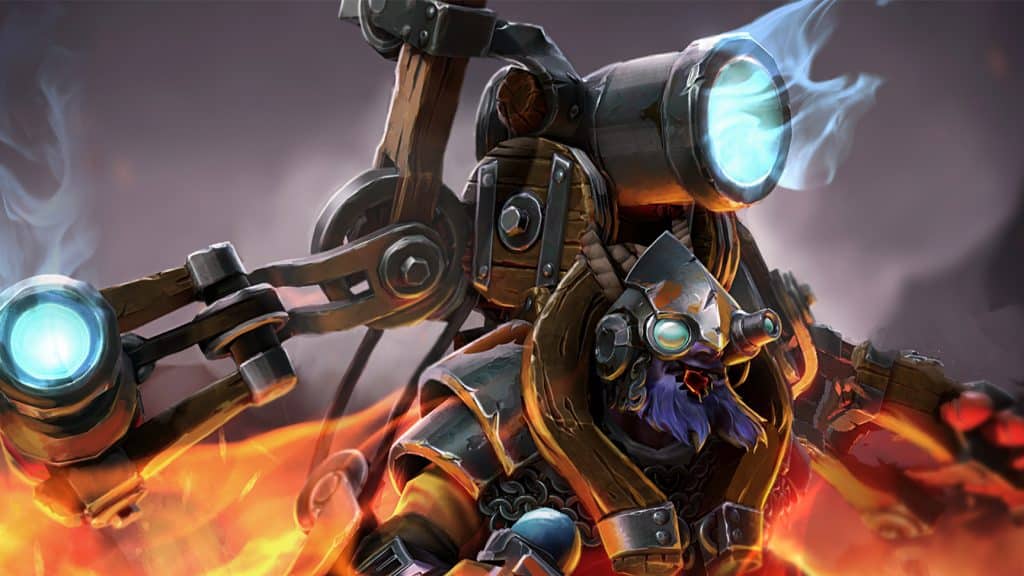 Let’s take a look at some of the reasons why Tinker's not so hot in the current Dota 2 meta.

Dota 2 is a game where each new patch changes the way we play the game. This was especially true a few years ago where literally every new patch changed the game. However, Valve decided to change its update approach. Now, instead of receiving one big update, we get smaller but more frequent changes. Despite that, they still have an effect on the meta and especially on the heroes that get played the most.

One of the heroes that have always been incredibly interesting to see in the hands of pro players is Tinker. He is often regarded as one of the Dota 2 heroes that has the highest skill cap. Nevertheless, once he gets a good start, Tinker can easily snowball and carry his team.

Sadly, this is one of the worst heroes in the current meta. In fact, if we take a look at DotaBuff, we will see that Tinker has around 44% win rating, which is just abysmal when you compare it to some of the other heroes. So, why’s that?

There are heroes who are better at what he does

One of the main reasons why pro teams and even pub players don’t pick Tinker so often is because there are other heroes out there. Sure, they might not have the burst potential that Tinker does but they come pretty close.

There are many examples here, but some of the most popular magical damage dealers int his meta are Ember Spirit and Void Spirit. Both of these heroes deal insane amounts of damage while also being pretty hard to kill. This is the part where they shine in comparison to Tinker.

Although he can be deadly, Tinker is also really fragile, so one wrong move will nearly always result in death. That’s why players just prefer to get a safer pick where they will have some room for mistakes.

Tinker needs a lot of time

Even though Valve is trying to slow down the pace of the game, Dota 2 remains a relatively fast-paced MOBA. As a result, you can often see games that last no more than 30 minutes, which in most cases is not enough for Tinker to shine.

While it’s true that he is an incredible mid-game hero, Tinker is really strong in the later stages of the game whenever he gets all of the necessary items. Sure, he can try to delay the push by spamming his third skill but sooner or later, the inevitable will happen.

He dies too fast

We’ve sort of mentioned this point in the first paragraph but we will emphasize it a little bit more here. Although Tinker does a lot of damage, he still remains one of the weakest heroes in terms of survivability. This means that pretty much any gank in the laning stage will result in a kill.

What’s more, even when he gets Blink Dagger, he needs to be really careful and always have an idea of where the enemies are. One wrong move will nearly always result in a kill because Tinker has no way to defend himself, apart from his Laser.

What does the future hold for this hero?

Unless IceFrog changes the hero so that he can have some sort of defensive ability, he won’t really become more popular anytime soon. However, every change to his abilities will also have a dramatic effect on the way the hero is played. Right now, he has four active spells, and pretty much anyone buys at least four active items. So, any change in this skill-set will inevitably reflect on his gameplay as well.

We will just have to wait and see what will happen. Until then, feel free to pick the hero but be careful. Every single death might lead to a loss.